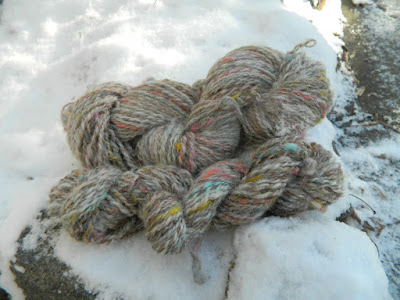 This is not the snow from "it". This is the pregame snow from Wednesday night's Carpocolypse as they call it now. #Snowzilla is still coming down out there so I'm staying in. I had been sweeping it off the deck but I gave up. 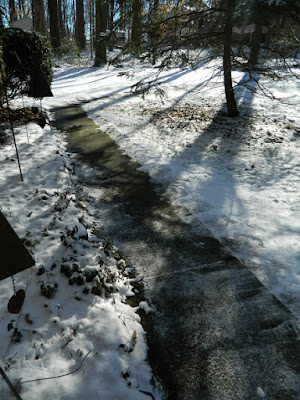 This is the snowfall that shut down the roads in the DC metro area during rush hour on Wednesday. Have a giggle neighbors to the north but I'm not making fun. I've done that drive before and it's not pretty when the roads are covered in icy snow and no one thinks to slow down. 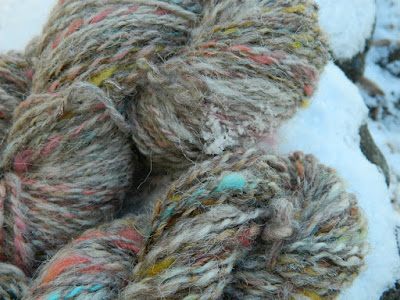 I used that pretty snow to show off my newly spun Jacob that was finished on Thursday before all heck broke loose with Jonas. 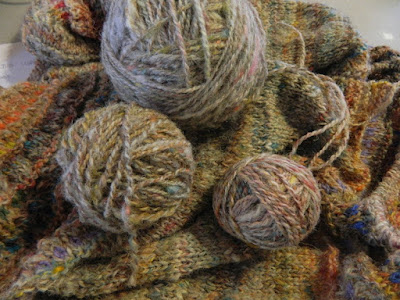 I do believe I have enough to finally get this puppy done. It's only been on the needles since April of last year. It's nice simple stockinette with a tiny bit of colorwork. It was the only thing my brain wants to do while the storm is at it's worst. I really can't think straight. 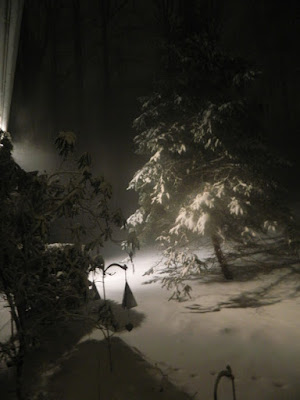 Here is what my yard looked like at 10 last night. The wind was so fierce that I could barely get the door open for a look. I'm not good at this storm thing anymore. I see why old people move to Arizona. I would say Florida but I've seen hurricanes and they aren't good either.