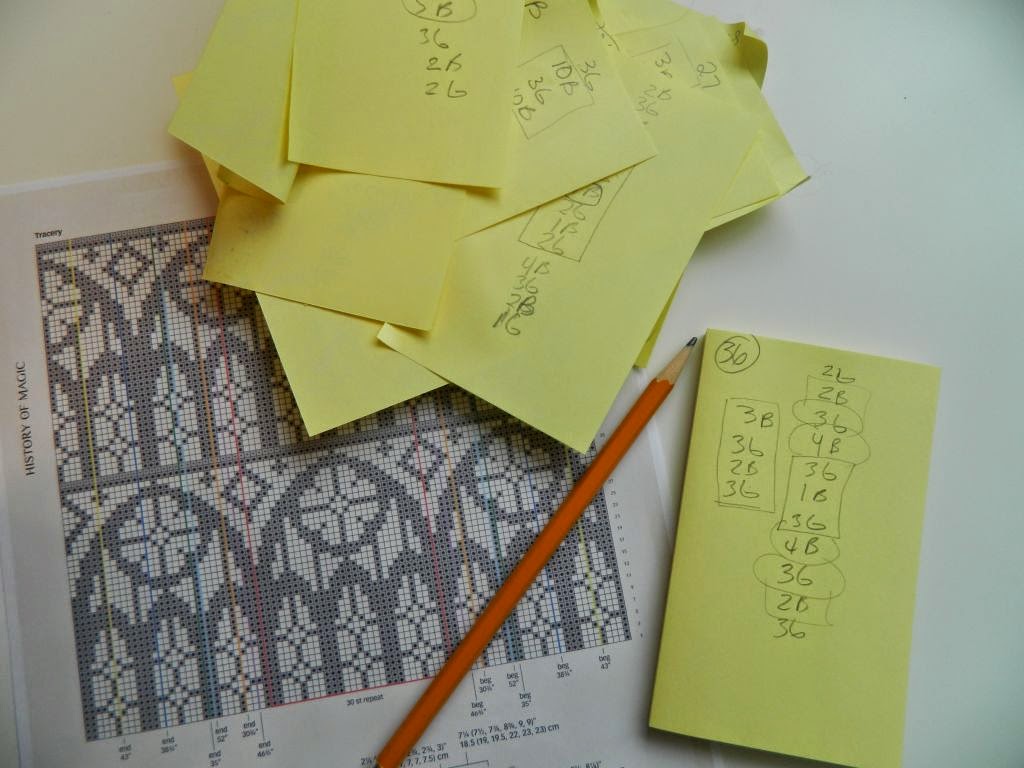 I was struggling with the itty bitty chart for Tracery until I remembered this trick I had used on another complicated colorwork pattern. 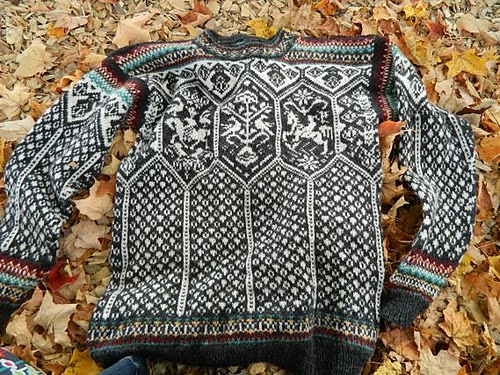 Remember this? I would have never survived it if I hadn't learned how to cheat the chart. 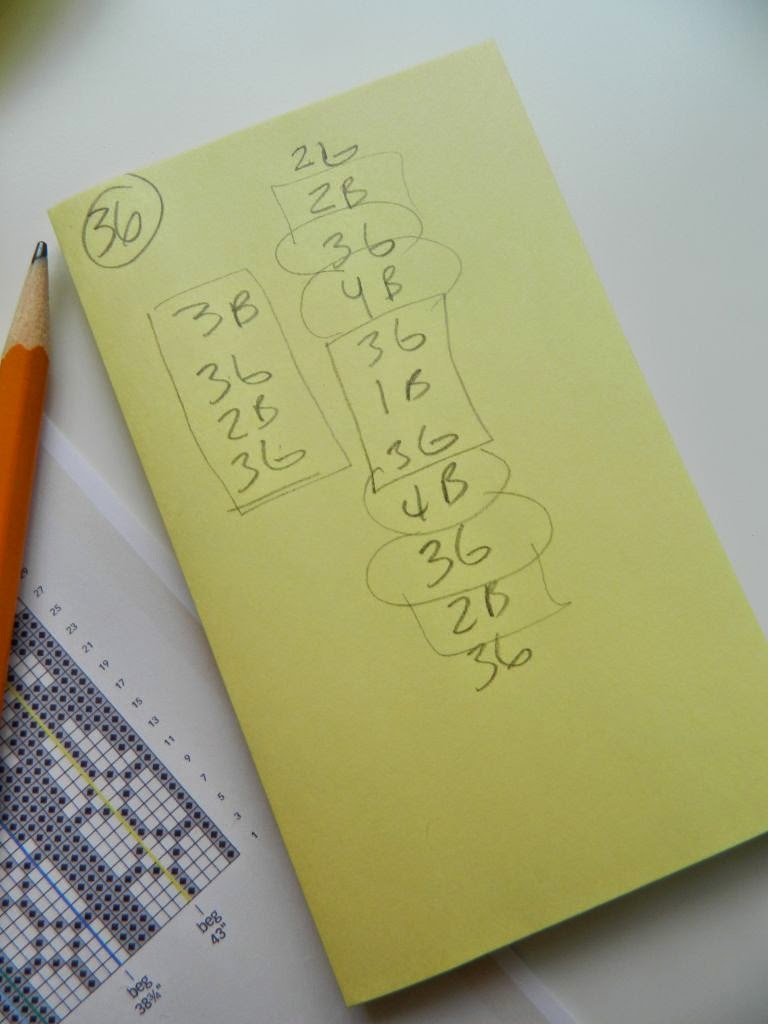 Instead of going cross eyed counting all those teeny tiny squares while trying to knit at the same time, I turn the row into a list of easier to read numbers and colors. The circles and boxes help me see the pattern so I can make sure everything is stacking up the way it should. 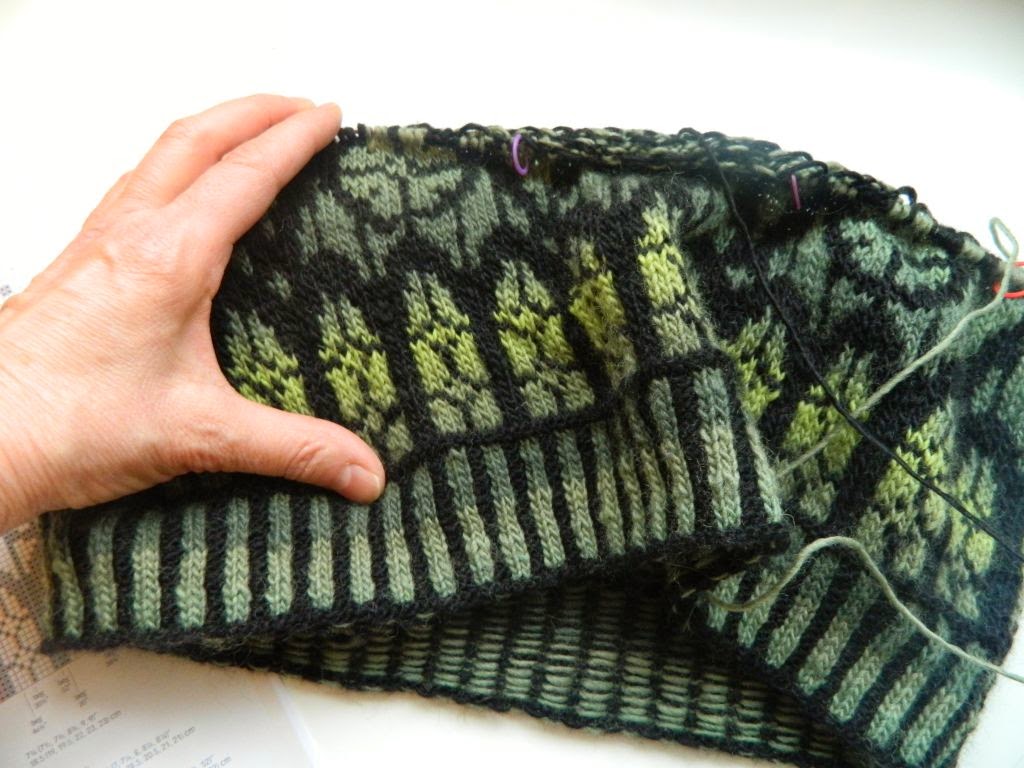