Knitting the Day Away 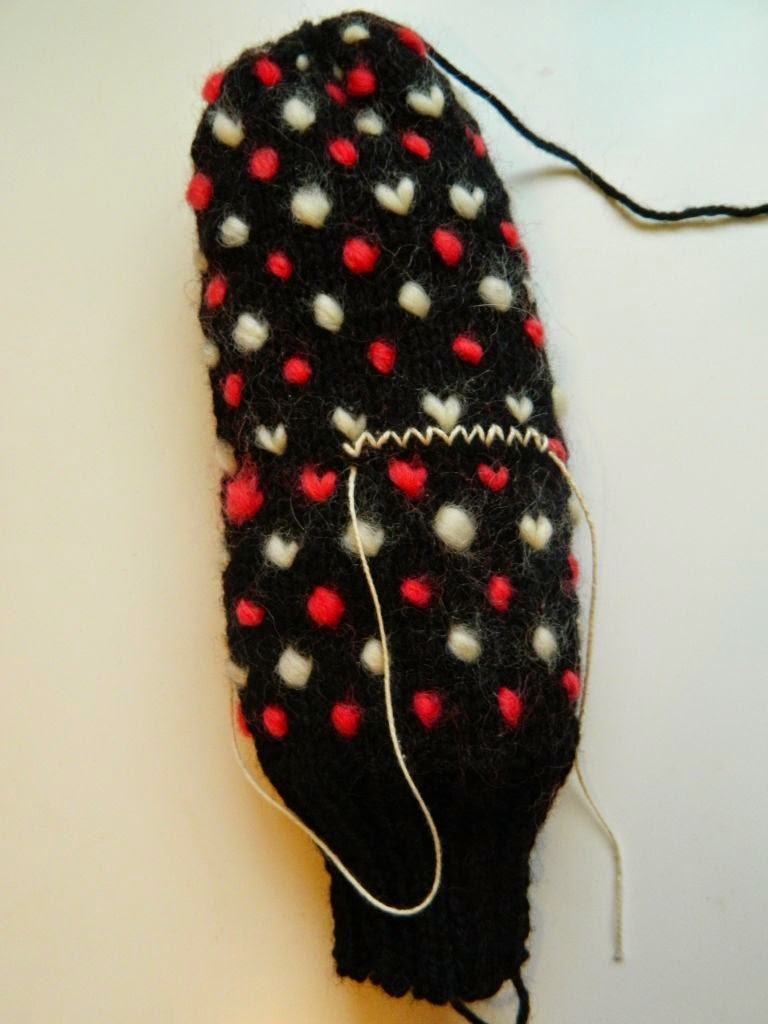 In Daughter's quiet household I managed to finish one of her thrummed mitts. She has HBO so I was glued to the TV every night. I saw The Grand Budapest Hotel and The Great Gatsby. Thumbs will come later. I'm going to do them both at the same time so they will match. 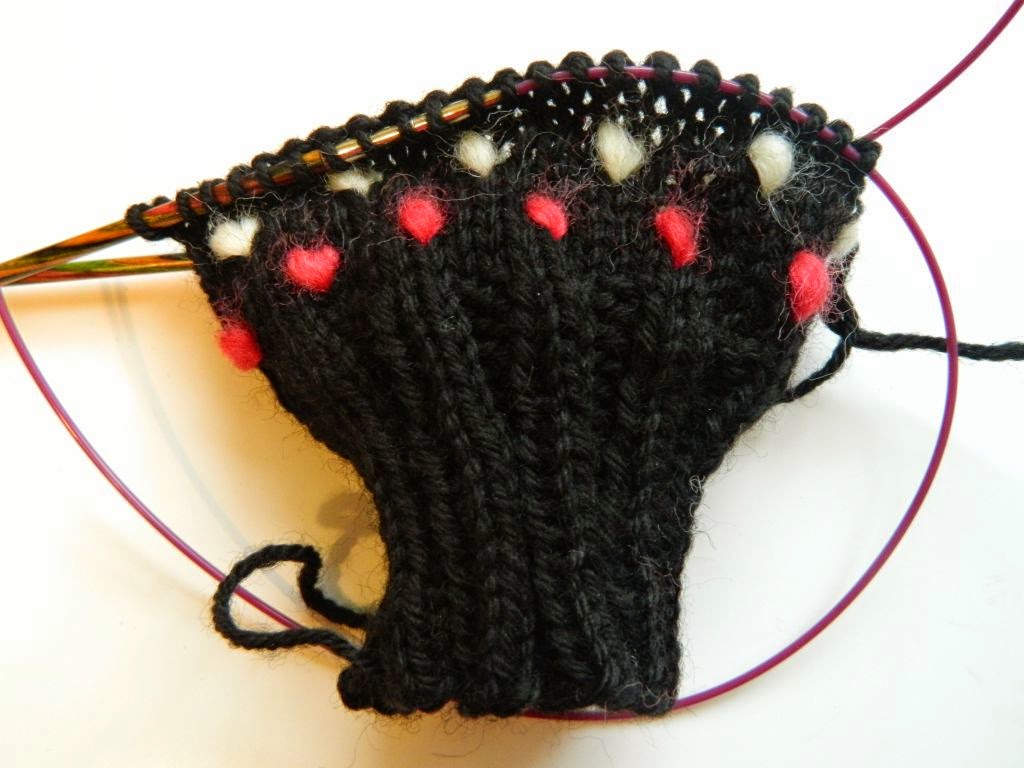 I also got the second mitt started. I was working on it when she arrived home and all she could say when she saw it was "pink?". 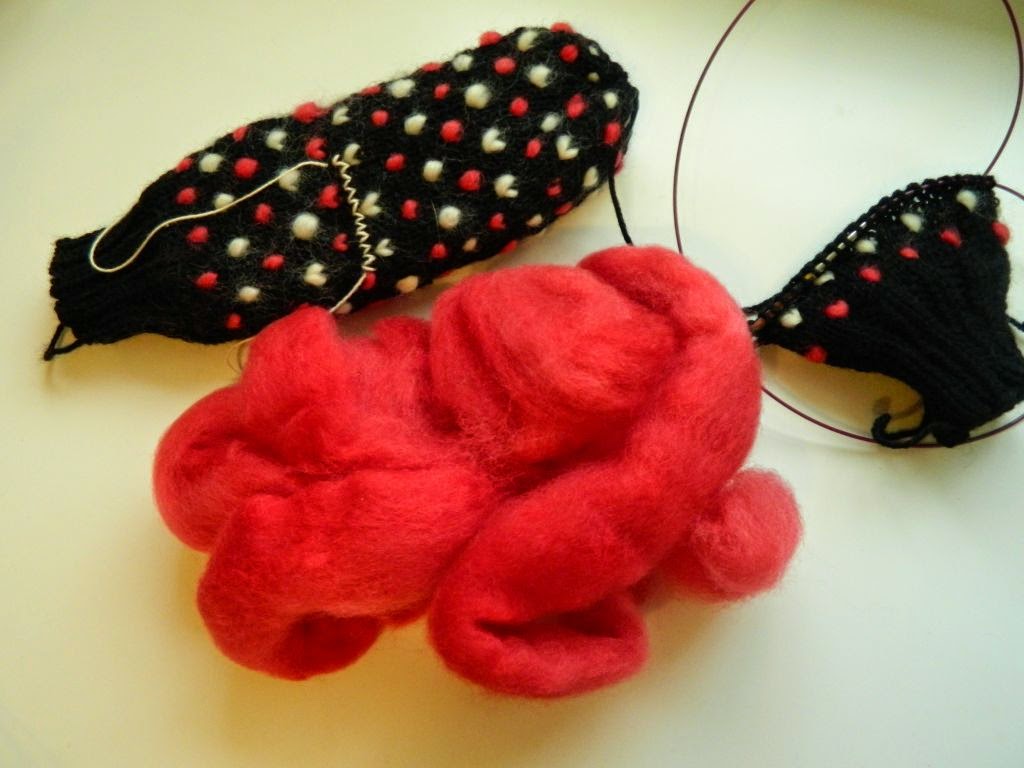 I was so proud of my red fiber but it turns out rather pink when it's pulled out thin when making thrums. 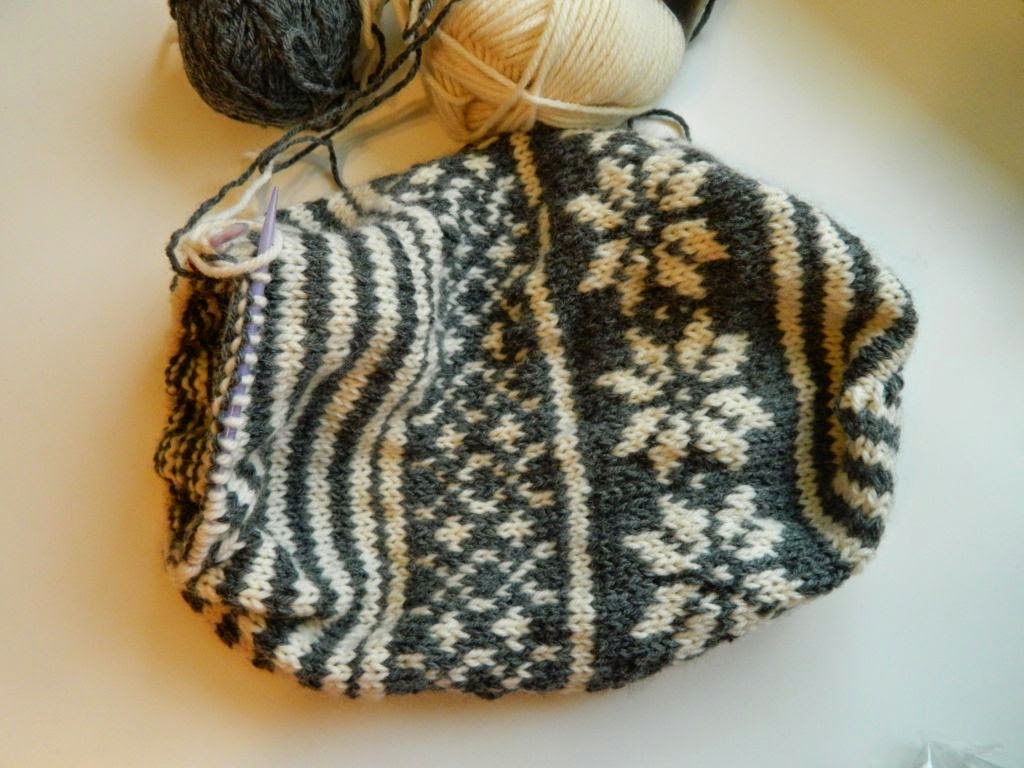 I also got the lining of the lined hat started. The provisional cast on zipped right off. Thank goodness. I used the crochet method with some kitchen cotton. 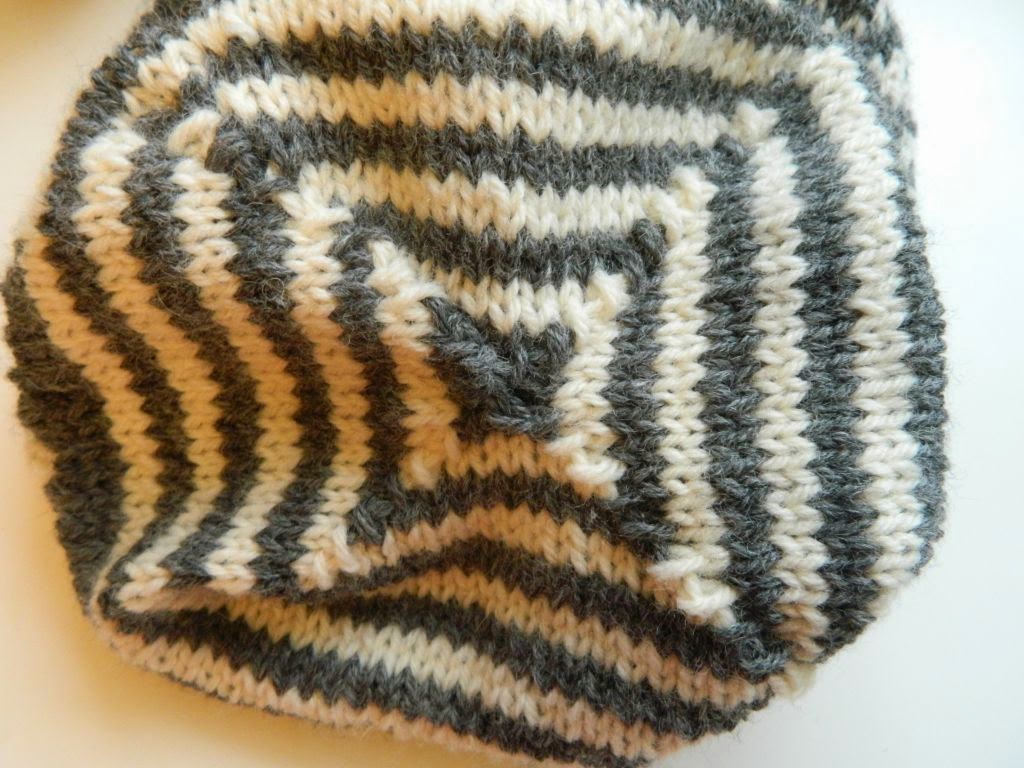 The top decreases really threw me for a loop. I've never seen them done this way before. I almost modified it to something I am more familiar with but I am glad I stuck with it because it looks great with the stripes. I am starting to think the whole thing may end up being rather tall for a hat but we'll see how it goes. I've made worse.