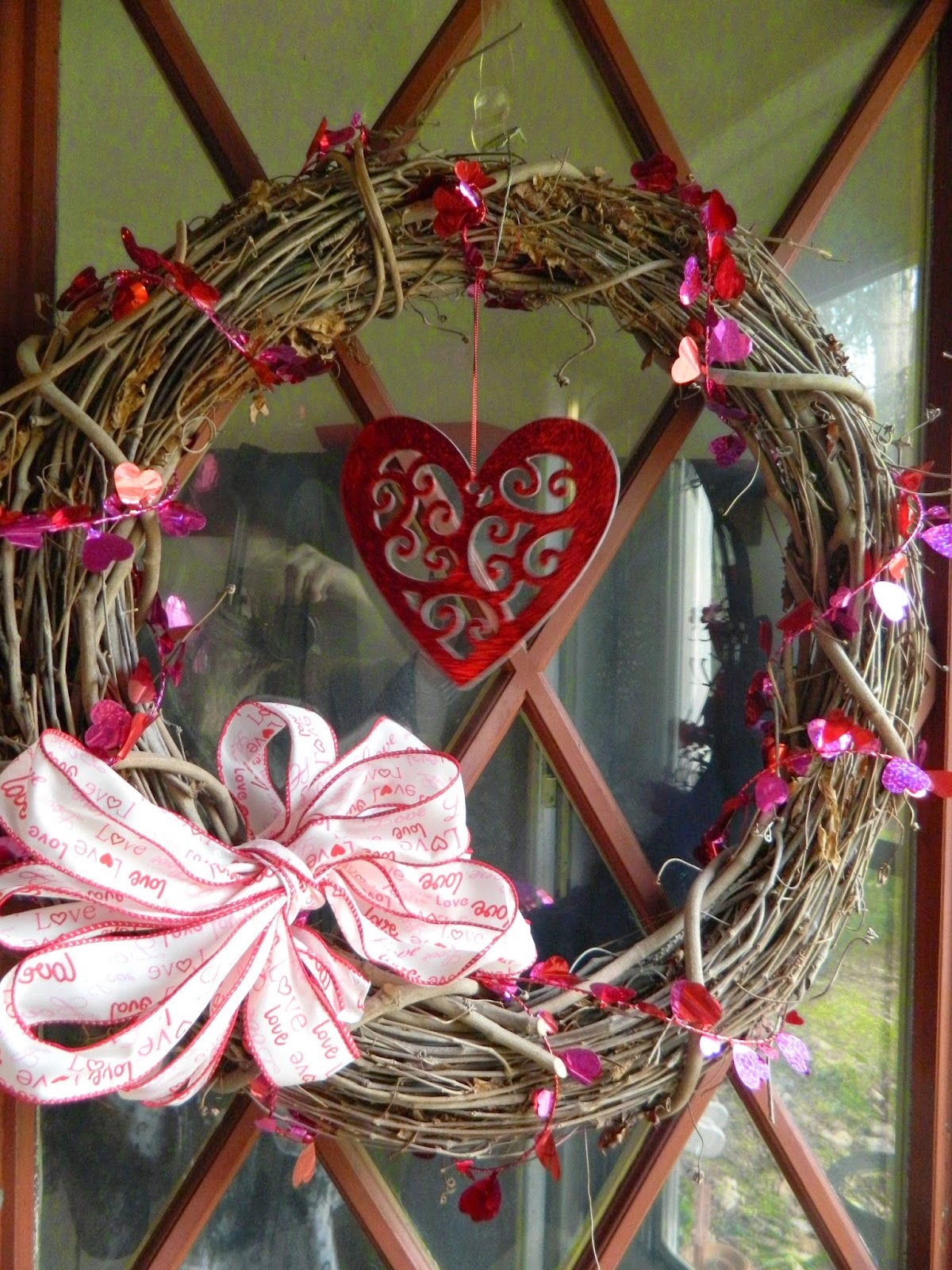 While strolling through Joanne's last week on yet another costume material run, I noticed all the Valentine's things were 70% off. Sold. The wreath now has a new do. The St. Patty's day stuff was also on sale so come March, I'll be ready. 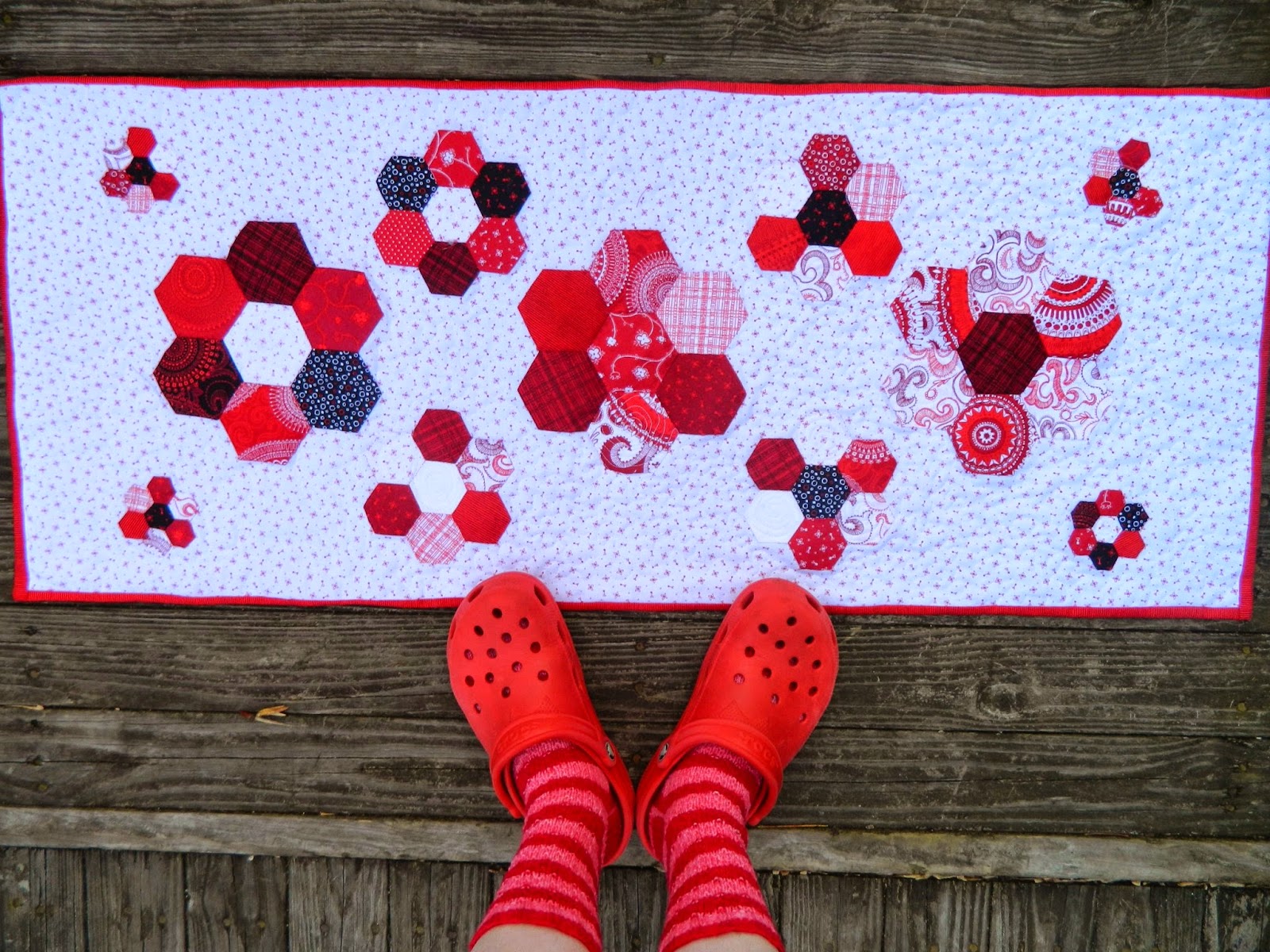 My table runner that I made from Daddio's scraps is done. 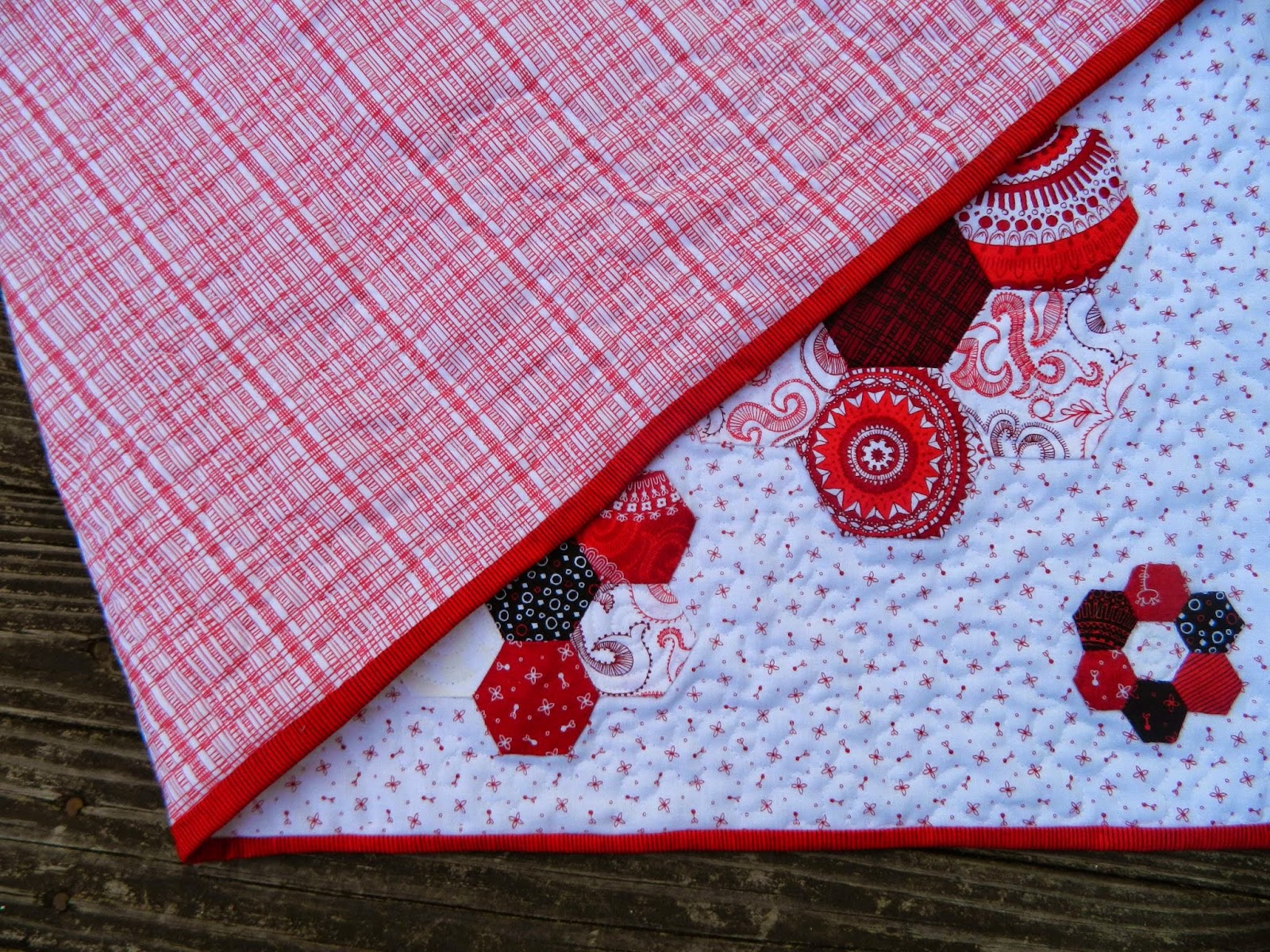 It's rather plain. I was in such a hurry to get it finished that I never thought too much about the overall design. I could add some more applique. Next year. 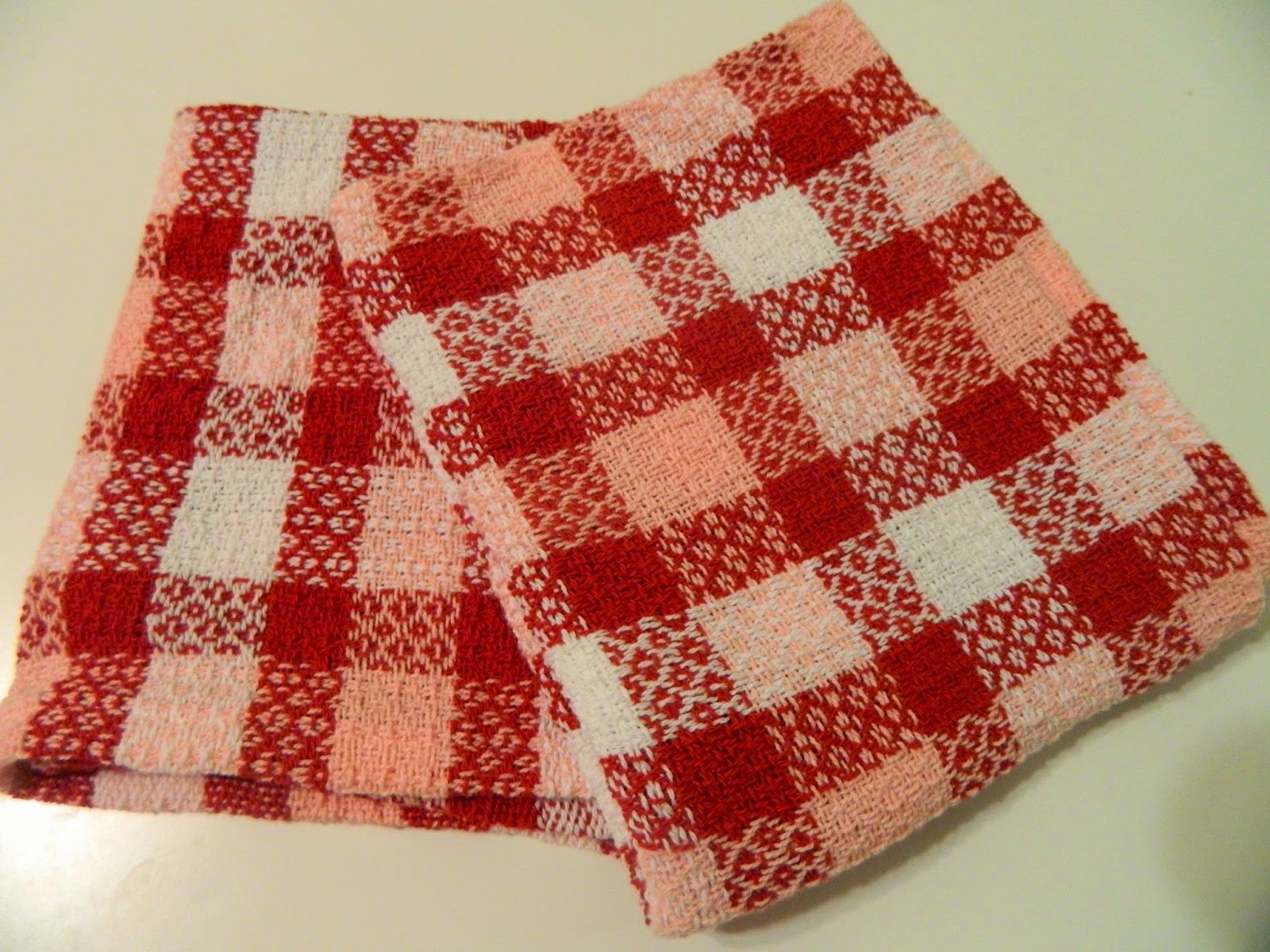 My towels are done ahead of schedule due to a major kerfluffle. My weaving friends will cringe when I say that my rear apron rod came untied and went crashing to the ground while I was halfway through my second towel. All the ends came off in a giant tangle. I think I had a minor heart attack. 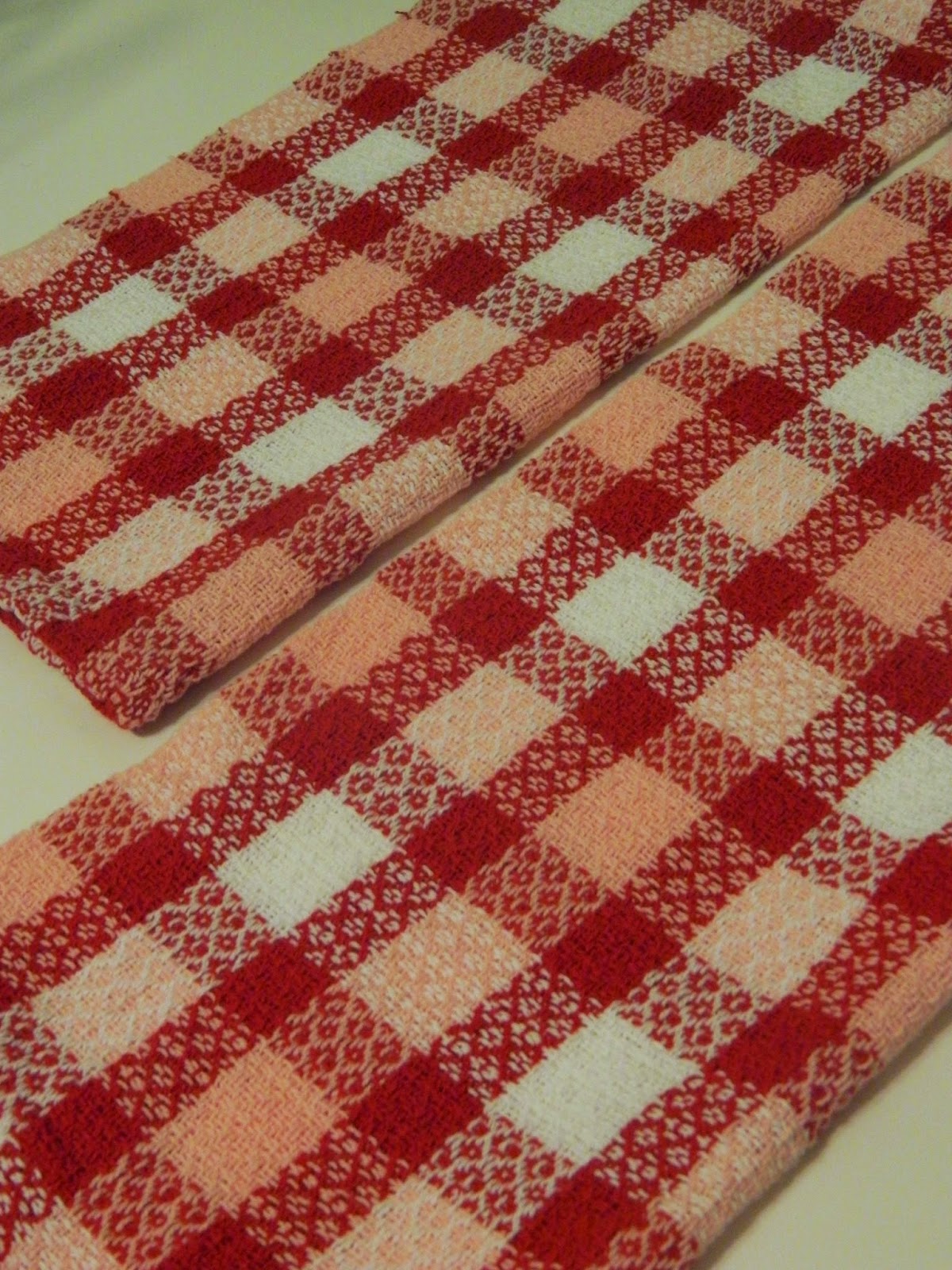 One by one I got all those nasty ends back on but the fact that I was trying to squeeze out more than the warp was able to give was an issue I couldn't overcome. I ended up with a towel and a napkin. Oh, well. It could have been worse. 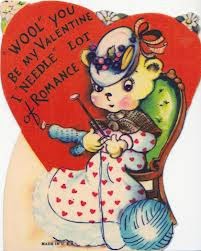