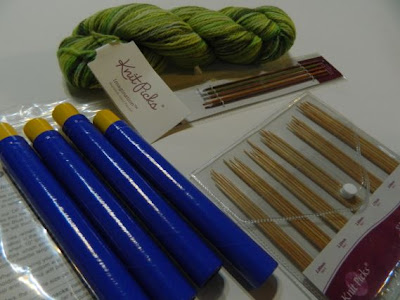 I had to order replacement needles after a few of my favorite size 1's went missing. While I was at it, I treated myself to a few other things-most notably a set of 5" doublepoints in Sunstruck. I was all excited about this new needle color until I realized-it's the same color as all the zillions of bamboo needles I already own. I do have to say that their point is way sharper, which is a giant plus in their favor. 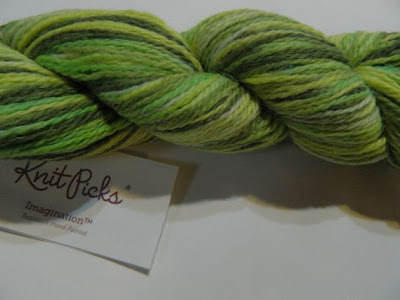 I had to throw a bit of yarn in the order because Daughter has yet another friend expecting a little bundle of joy. This one, another boy, is due in March so Daughter wanted a St.Patty's themed pair of baby socks and newborn hat. Beanstalk should do the trick. 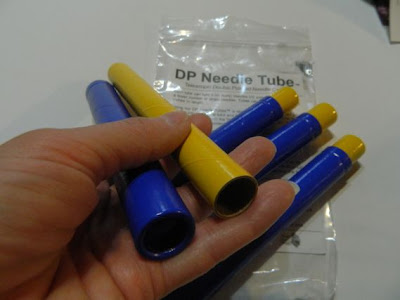 Seeing that I am either losing or breaking my doublepoints on a regular basis these days, I decided to also throw some needle protectors in the cart. Of course they only work if you use them so I hope I can get in the habit of using them. 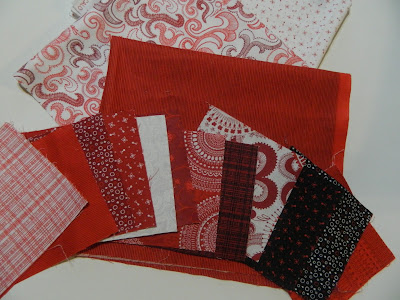 Arriving the same day was another box of Valentine's material from Connecting Threads that I hope will keep Daddio busy while I get some knitting done.
Posted by Araignee at 12:00 AM