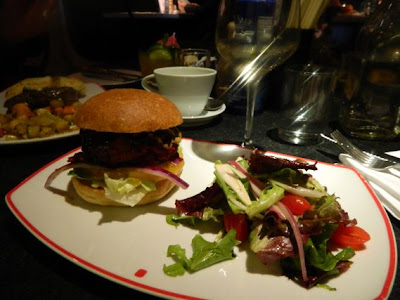 The Mister and I actually had plans for New Year's Eve. We never go out on New Year's but Daughter talked us into joining her and hubby for dinner in Georgetown. We ate at Farmers, Fishers, Bakers. I had the veggie burger and it was yummo. 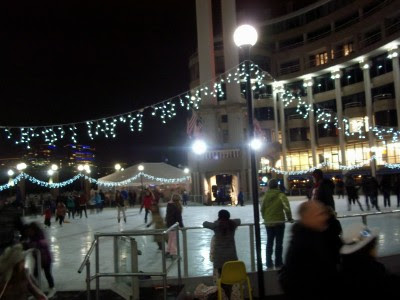 Afterwards we skated on the Washington Harbor rink that is right outside the door. 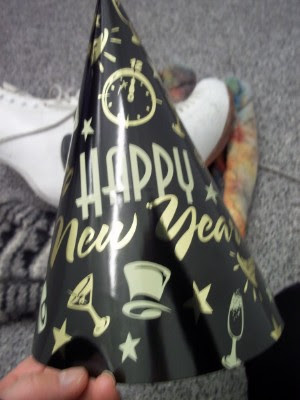 They were handing out hats and beads. Getting The Mister to skate doesn't happen very often. It might have been the Mai Tai he had at dinner that convinced him this would be fun. I swear I only had one glass of wine. The maniac look was the result of not only a bad cold coming on but the fact that we had just cleaned up a major basement flood minutes before we walked out the door for our night of fun. I was determined to have a good time in spite of everything even if it killed me.
Happy New Year!
I am not sure what to expect from a year that ends in 13 but since we have recently survived a couple of hurricanes, an earthquake, a tornado, superstorm Sandy, snowmageddon, AND the Mayan apocalypse I think we can handle it.