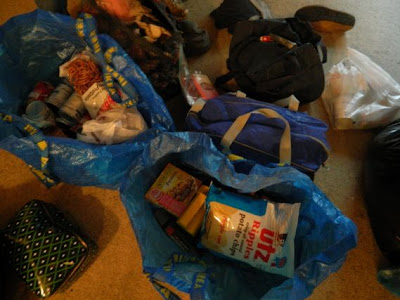 At 7 am on the day of the storm, in spite of all my preparation to just hunker down at home, I panicked and pretty much hysterically insisted we leave the house for a safer place. I attribute my insanity to my non-stop watching of The Weather Channel. All the dire reports and stern warnings scared the bejeezus out of me.We were in the red zone so I was pretty sure we were all going to die if we stayed in the tree ringed death trap. 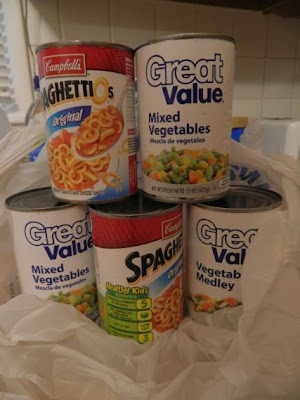 We threw just what we needed in a bag and quickly headed out. 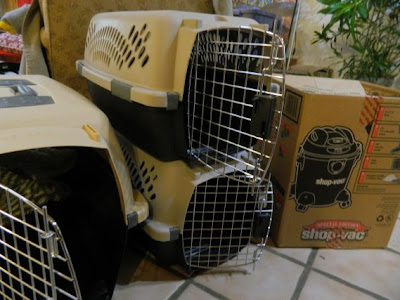 Of course we had to wrangle the menagerie into a crate or a box which was no fun and I have the bites and scratches to prove it. 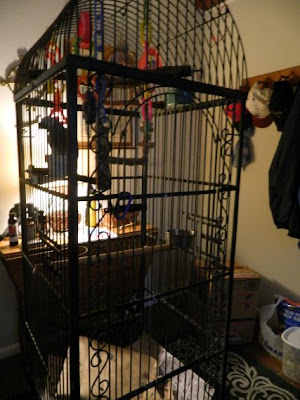 This also involved moving a very heavy and cumbersome cage. Daddio was inland, safe with friends and his solid little cinder block house on the bay ended up being our port in the storm. My worst moment is when one of our semi-feral kitties (my favorite) escaped her crate while the door was propped open and went missing for a horrific 15 minutes. When she was located safely under a couch, I broke down into sobs of relief that quickly became hysterics. It had all been too much and the storm hadn't even started. 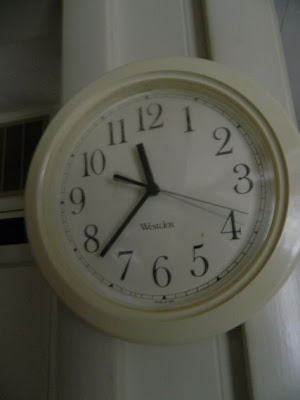 It wasn't long before things began to get nasty as the howling winds and driving rain pounded the little beach house. The power went out right before noon and it was dark and cold but at least we didn't have tall trees swaying over our heads all night. 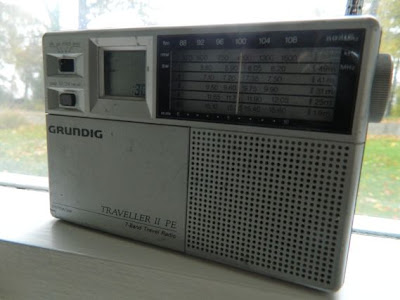 Our only connection to what was happening was my ancient shortwave radio. We've been through many a disaster together and she always performs like a champ in spite of a broken antennae. Of course the news wasn't good and we began to expect the worse. Would the house we had left behind meet its end from the trees or the creek out back? 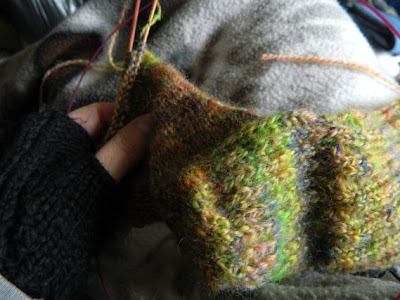 I had intended spending my time knitting and listening to podcasts on my Nano but it was too dark to see and I was too nervous to sit still. Daddio's batchelor pad got a good cleaning instead. 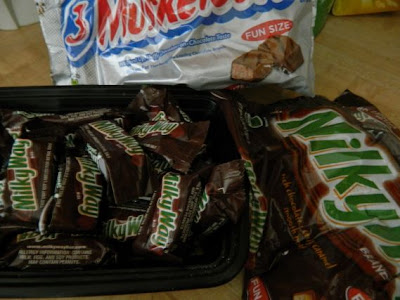 I decided early on that calories consumed during a hurricane don't count. Daddio's stash of candy bars and The Mister's potato chips were goners... 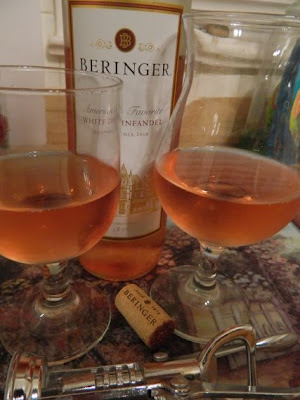 ...and so was a bottle of wine Daddio had stashed in the fridge. I wish I could say that the wine and a double dose of Benadryl had knocked me out enough to be able to sleep, but the kitties decided to cry all night. They were terrified, poor babies so I ended up sitting in the kitchen with them. I think I fell asleep sitting propped up against the door frame for a bit. 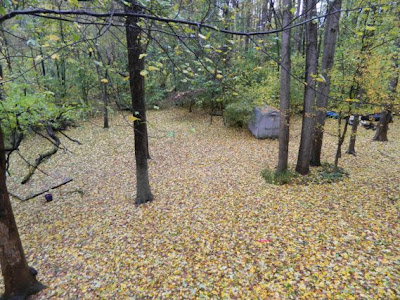 As soon as the sun came up, The Mister and I headed home to see if it was safe to return. We found roads closed and trees down everywhere but miraculously, our house was intact, covered in leaves, but still standing. Driving on all those leaves was hazardous, it was like driving on ice. We even got stuck in them once and had to shovel them like snow. The good news is that we had electricity. It must have been off all night, but it was on now and I was ecstatic.  After going back to Daddio's to wrangle all the unhappy animals back home, I jumped in a hot shower and had a hot cup of tea feeling very grateful and a bit guilty watching all the devastation on the TV. It seems we had been on the south side of the storm and as a result had only a glancing blow. After a monster ice storm, Isabelle, Irene, a tornado, several nor'easters, Snowpocalypse, an earthquake and the recent Derecho, we deserved a break. Hallelujah. 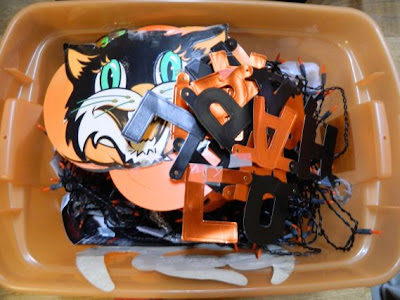 After all was said and done and it being Halloween Eve, I quickly put all the Halloween decorations back up. I had high hopes that things were going to return to normal rather quickly in spite of all the raking in my future.