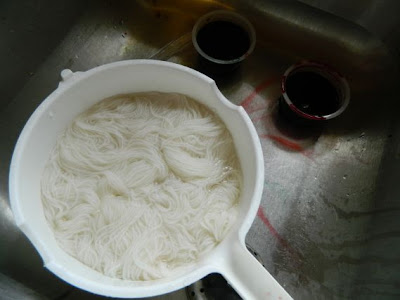 It was one of those moments of temporary insanity. I had tons of stuff to do but I just couldn't resist the impulse to do something I knew I didn't have the ability to do-dye yarn. 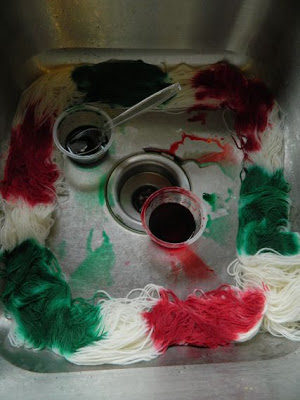 If you have been reading this blog for a while, you already know what's coming next. I am going to do some serious whining. 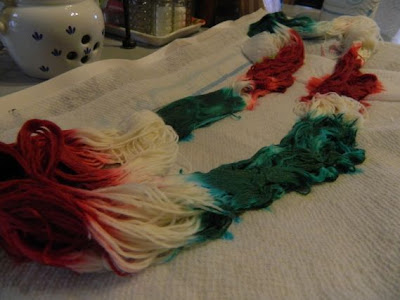 I thought that I might make some Christmas yarn to make my grandson-to-be some holiday booties and a hat in case he shows up before the 25th. He is due on the 20th of December and wisdom tells me not to expect him before Christmas but just in case, I would like to be ready. 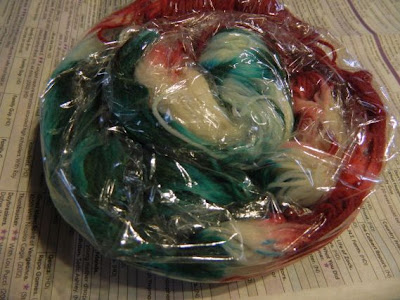 I spent some time studying red and green dyed holiday yarn on Etsy before I got started but the pink I was trying so hard to avoid made its presence front and center as soon as I got started. I am a real dope at dyeing. I just couldn't figure out how to keep the red from bleeding into the white that had to separate the green. Red and green are a horrible mix. 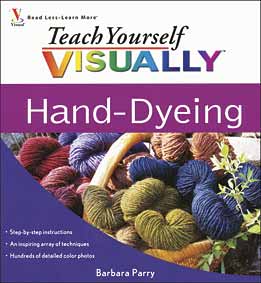 My birthday is in a couple of weeks and I think I am going to be treating myself to this. 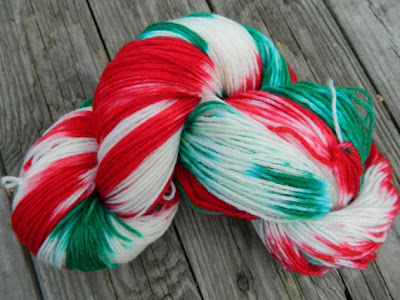 After dyeing the original 90ish gram skein (which actually consisted of several small skeins of leftover sock weight Bare) it looked like this. Not too promising. 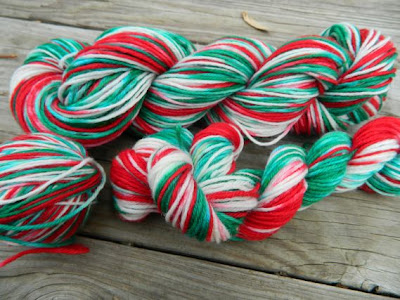 After reskeining it looked better. In fact, I liked it. 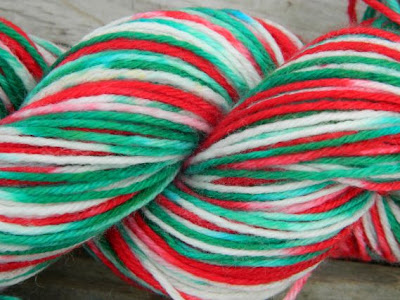 Pink showed up and even turquoise but it still says holiday to me. The verdict is still out, however whether this will be baby items. I think swatching will decide its fate.