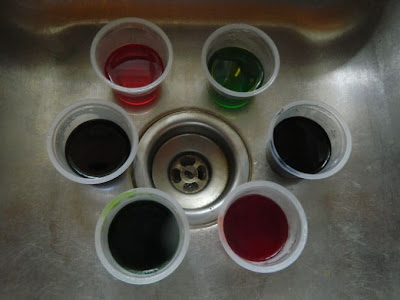 I know I said I was done with the Corriedale but I meant the washing. I still had plying and dyeing to do which I did today. The Mister was away so it was time to make a big mess in the kitchen all morning. 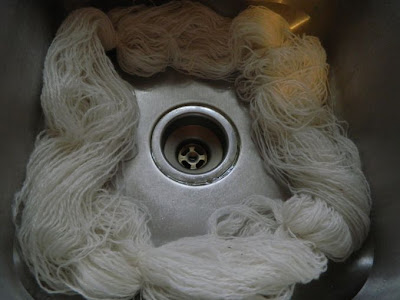 I had a couple of poor unsuspecting skeins that needed some color. Little did they know what was in store for them. Poor things. 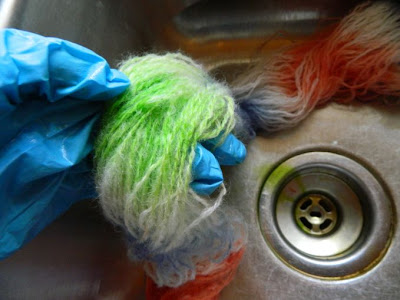 I used the pour and massage technique for one and this time I was brave enough to use three colors. 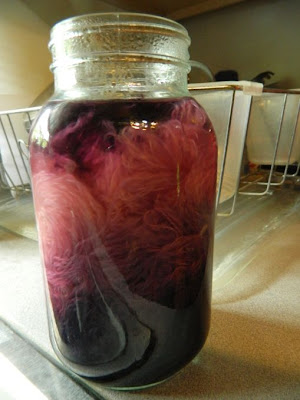 The second one got shoved in a jar with some purple dye and some very hot water. 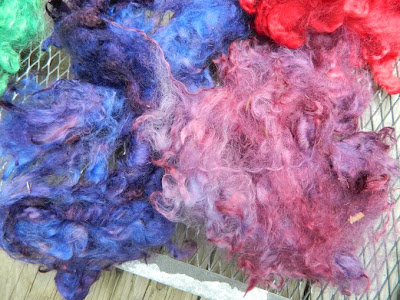 I had noticed earlier while dyeing some fiber that the purple dye did some interesting things all by itself. That pink and that purple were all made in the same jar at the same time. If fiber could do that surely yarn could too. 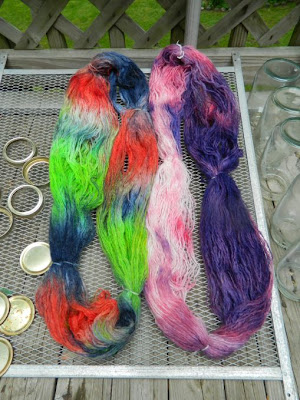 The verdict is still out on how much I am going to like the colors once they are dry. They look pretty fun for some crazy socks and who doesn't need crazy socks? 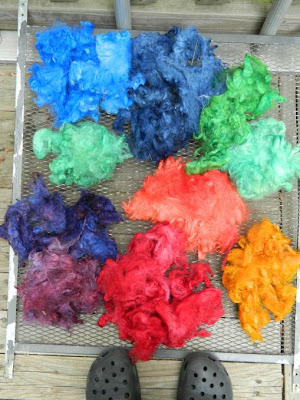