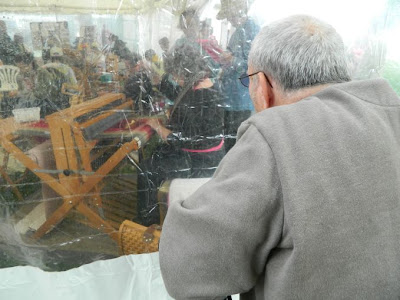 On Sunday, Sister #2 brought Dad to meet us at the fairgrounds. Expert carder that he is, he wanted to see the Sheep to Shawl Competition. The problem was, because of the rain, they had plastic over the tent so you could barely see in. He has to use a walker so we couldn't get him inside the smallish tent. 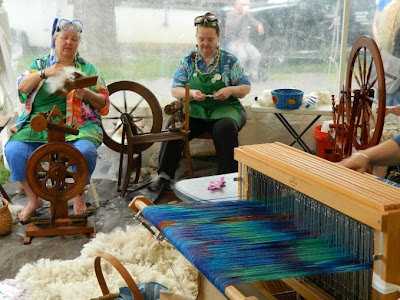 We left him in his little corner while my sister's and I took a stroll through the barns. We told him to stay put. 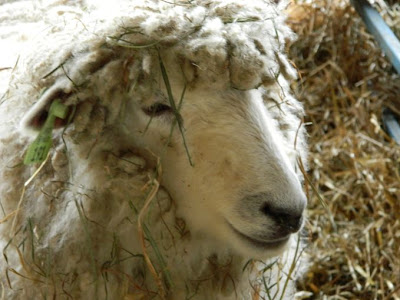 The sheep were putting on quite a show this morning. Unlike yesterday, everyone wanted some attention. There was lots of nose petting and face scratching. Sheep can be the sweetest things when they are in the mood. They are a bit like cats in that way. 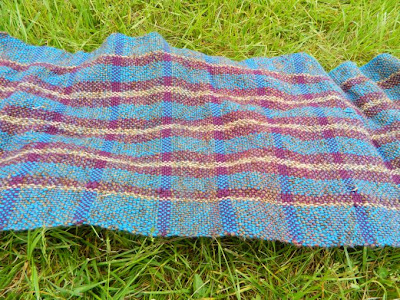 I dropped my sisters off in the main hall for some shopping and then went back to keep an eye on Daddio and.....he was gone. Even the blanket (hand woven) I had left for him was missing. I found him later in the food area looking for coffee and I found the blanket at the information desk. Some nice person had turned it into the Lost and Found. 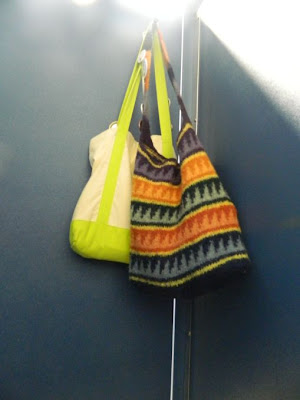 It was a wonderful morning. Cool and overcast. There were no crowds at all. This is me in the bathroom. The REAL bathrooms-NOT the port-o-potties. There was no line. No people. Only us. It was nice and a bit surreal. 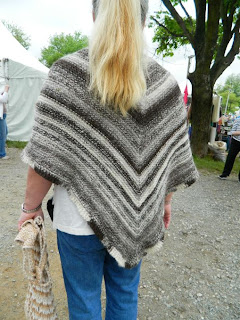 Since the weather was cooler than expected, Sister #1 borrowed my Color Play Shawl. I should have brought each of  them one of my fancy shawls to parade around in. Beautiful shawls were everywhere today unlike yesterday. 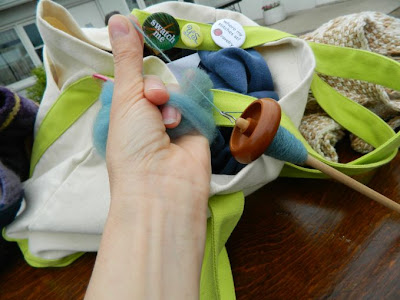 While Sisters shopped, Daddio rested and I spun and people watched. It was a day for inspiring knitware. 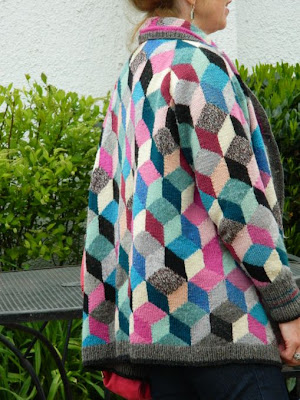 This sweater won my Best in Show award. I was so happy she came near enough for me to sneak a photo. It is a masterpiece and I want one. I need to find this pattern. It is gorgeous.
Edited: It's Kaffe Fassett's Tumbling Blocks and I own the book! 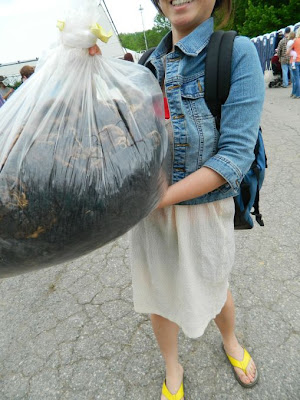 I also ran into a very happy Miss Prodigy who was toting around a giant 8 lb bag of Border Leicester Fleece. I think. She told me twice what it was but 2 days of intense S&W excitement has left me brain dead. I haven't seen her in ages so it was nice to chat with her about wooly things again. 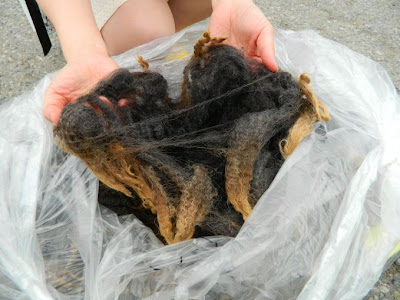 She promised to post her processing of this on Ravelry so I can see her progress. I know she reads this blog so she better not forget. I really want to see what she does with this. You know it's going to be incredible. 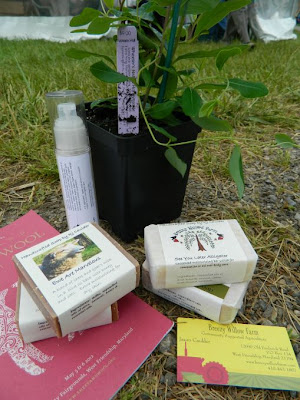 My sister's haul of the day doesn't look anything like mine, but to each his own. I do know that their soap smelled a whole lot better on the long car ride home than my stinky fleece. 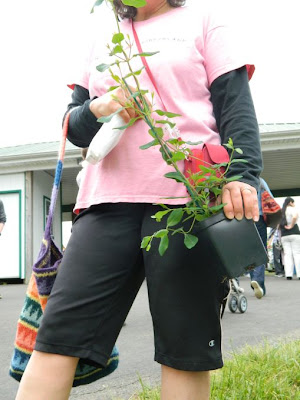 Sister #2 is lucky-she lives right around the corner. She visited the plant vendors over and over before deciding on her Red Honeysuckle. You can get plants there that you can't get anywhere else. Now that she knows that, we will probably need a cart if she comes back next year. 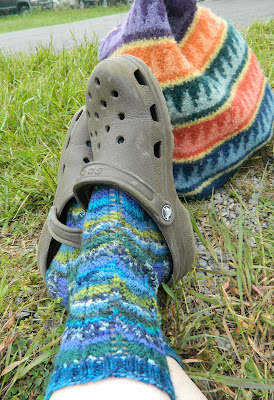 By the end of the day I was tired but I didn't want to leave. I couldn't bring myself to say it was over for another year. Yesterday I had The Mister, #2 Son, Daughter and Son in Law with me and today I had both sisters and Daddio to share in the fun. This year's festival was a real family affair and I think it was the best year ever! 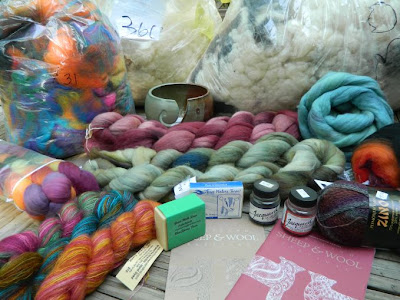