A Tale of Woe 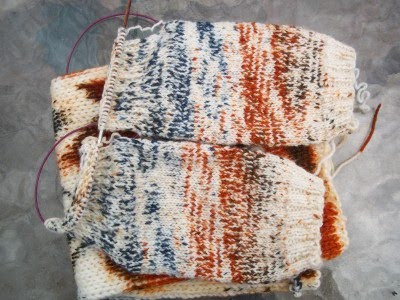 I was underwhelmed by these socks that were being knit off a sock blank that I dyed. 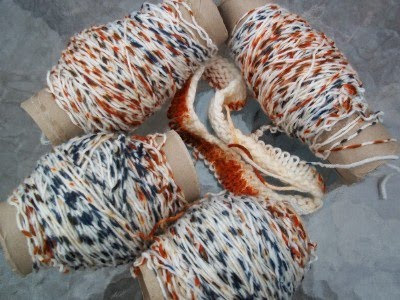 I decided to frog them which is no easy task when you are working with a blank. It took a lot of acrobatic activity to get it all wound the right way. 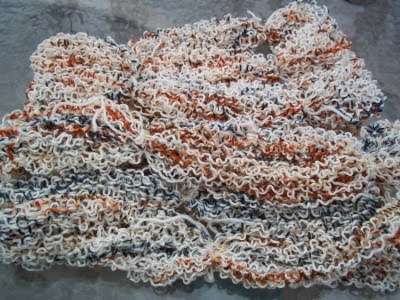 I was left with these scary skeins. Don't worry, they were all securely tied off. 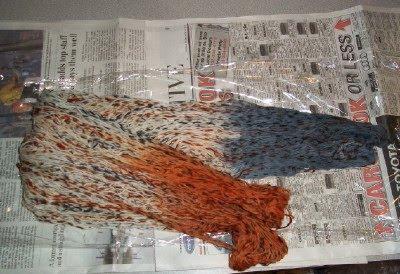 I gave them a soaking and then dipped each end in a lighter version of what I THOUGHT was the colors I had originally used. The Gun Metal that I thought made the dark spots turned blue when it was watered down so I am thinking I didn't use it in the first place. That's what I get for not writing anything down. 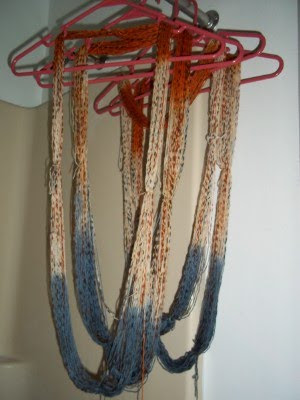 The blue isn't terrible, just NOT what I wanted. I wanted a pale gray dammit. 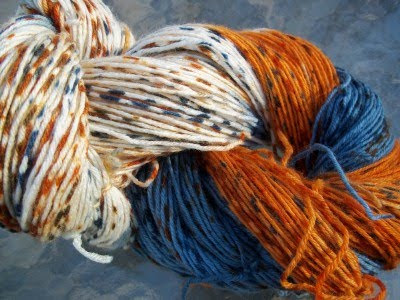 These will now become a pair of Jaywalkers since I am the only person on the planet that doesn't already own a pair.
Posted by Araignee at 12:00 AM