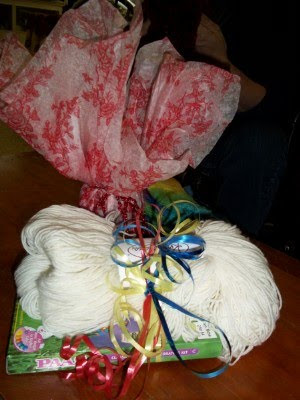 Someone got homemade fig chutney and a dye your own sock kit. 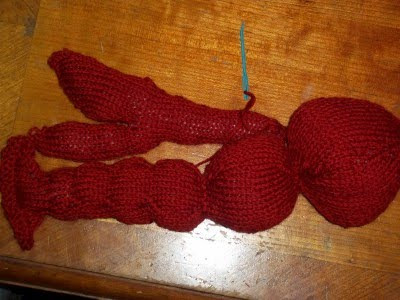 It was Lobster Girl's birthday and she had slaved over this claw so she would have some progress to share on her special night. It's hard to tell from this photo but it is a very big lobster. I should also say that she is a full time teacher and mommy to an almost 2 year old. How she finds the time to knit anything is beyond me. 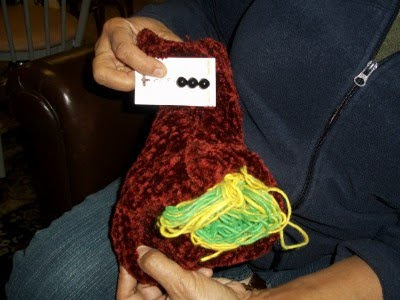 The rest of this week's Show and Tell had an interesting "foot" theme. First we had a newly finished slipper that was declared so unwearable by its creator that we debated on how to turn it into a monster of sorts. 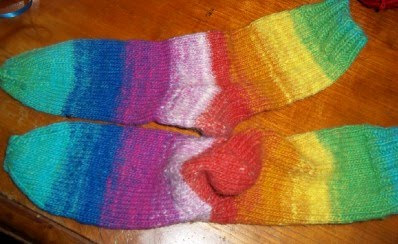 She also brought along the newly completed rainbow socks that I love, love, love. I am a fanatic when it comes to matching up colors and these are P.E.R.F.E.C.T. 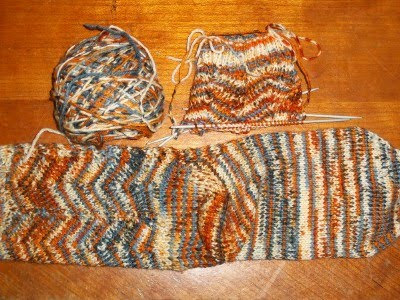 I was able to show off one finished Jaywalker and a good start on the second. These toe-ups have a secret hidden inside. 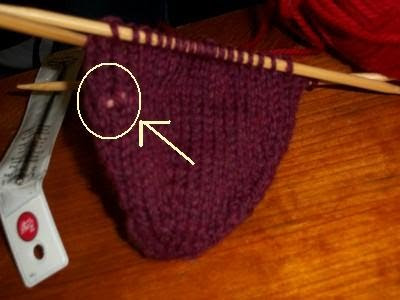 Somehow a stitch marker got knit inside the stitches. Of course I didn't get a photo of the inside but you can see it peeking through the front. 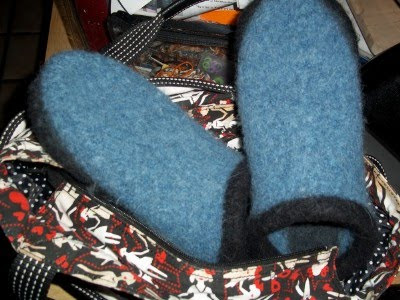 I brought the newly felted clogs to show and they got some attention from an unlikely source. 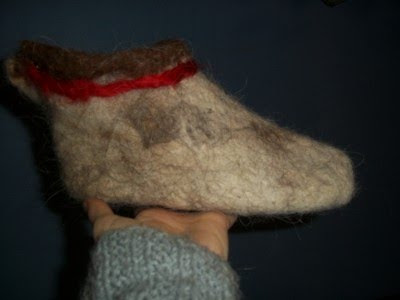 A diner in the cafe knew a thing or two about felting and went out to their car to get a pair of felted slippers that were made from llama. They were not knitted but formed out of sheets of felted fiber. Now you just know I am going to have to give that a try. 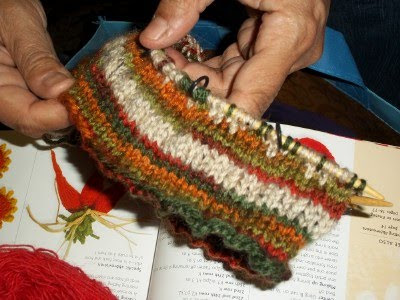 I am happy to say that the Fake Isle hat that was frogged for being too small a few weeks ago is now a few inches into the second try. 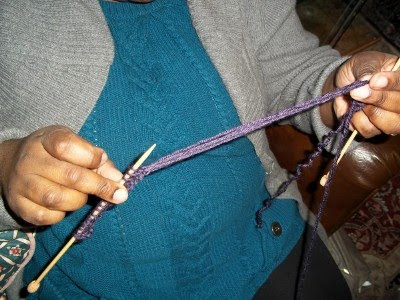 Poor newbie knitter was sick but put on a brave face to give it her best. Oooops. It all went to hell. The lesson here is to just pull it all off and start again. Stuff happens and we have all been there. 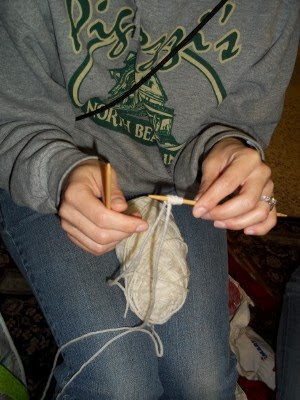 The birthday girl spent the evening trying to figure out how to join a small circle of stitches which is no easy task. It took me three entire days to cast on the tiny center for my Pi Shawl so I know how tough that can be. 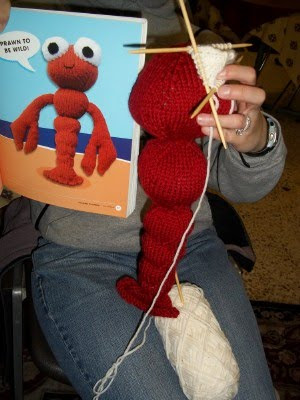 We ended the evening debating the size of a lobster eye. Seriously. That lobster has some big eyes.
Posted by Araignee at 12:00 AM