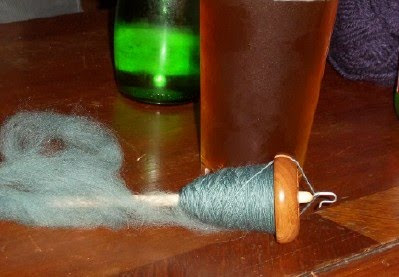 I did very little knitting tonight. Instead I played drop the spindle. I don't mean drop spindling. I mean drop-the-spindle. It just kept hitting the floor, poor thing. I had to put it away. 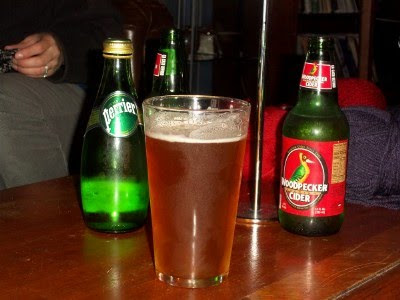 The reason is right here. India Pale Ale. It was good. I had a few sips and that was it for me. The brain and hand had a complete disconnect for the rest of the evening. I am pretty sure the mouth however, was working overtime. 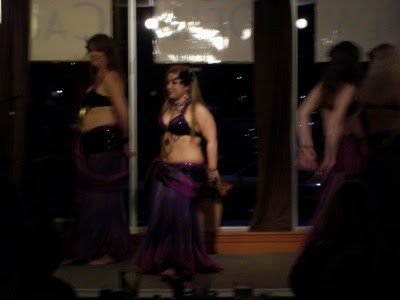 I also took lots of bad pictures. We were being entertained by an amazing troop of belly dancers and this was the best I could do. Shameful. 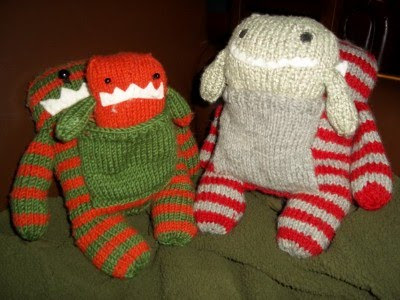 The little monster family was a little easier to deal with than the belly dancers since they were sitting very still. They are ridiculously cute. I want them. Lots of them. 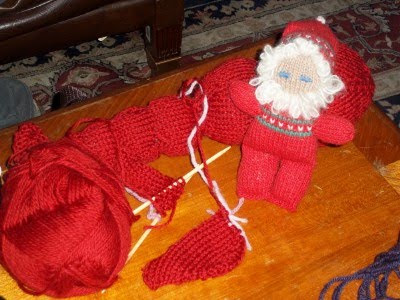 I brought my Gnomey to play with the lobster who is not quite all there yet. Gnomey didn't mind. It was the first time he had ever left the house-and there was beer AND dancing girls. 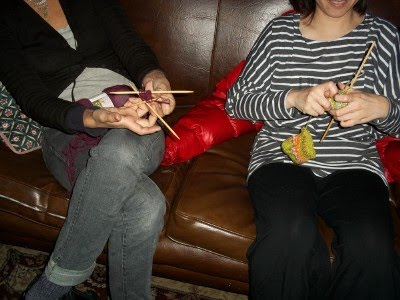 In spite of the amount of booze being consumed, some people did get some knitting done. 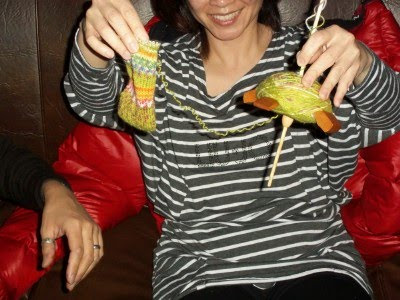 There was also a lot of "unknitting" being done tonight. 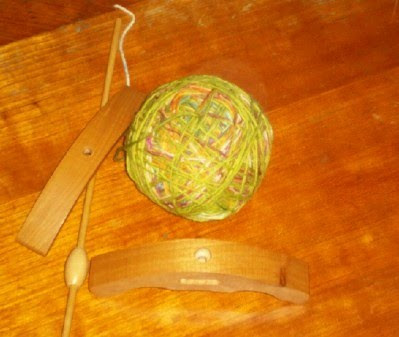 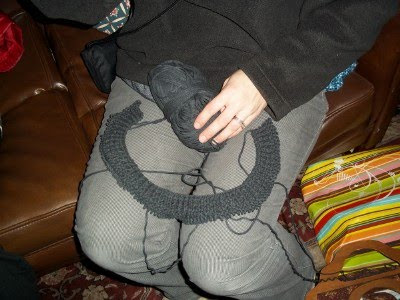 The pants went off to the frog pond also. I am not sure why but I suppose it was for a good reason. 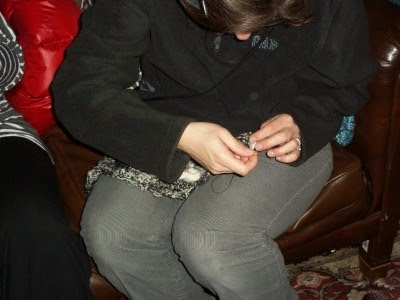 A needle and thread was produced for some stitching. 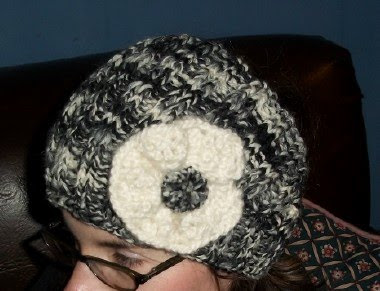 A button was added to the Calorimetry to make it a done deal. I love it. I need to make flowers now for mine. When I find them. I packed them away last spring and I haven't seen them since. 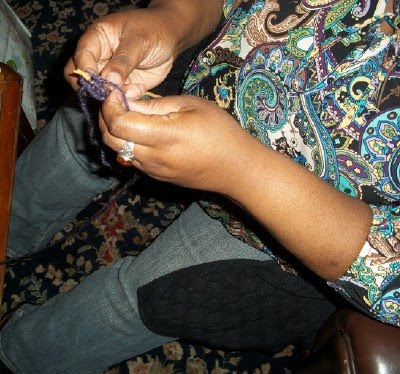 Newbie Knitter managed to knit another row which was her very first "all my herself" transfer over to another needle and then somehow knit back in the wrong direction. I am going to blame it on the hard cider she was sipping but actually it is something knitters do all the time-even sober ones.
Posted by Araignee at 12:00 AM