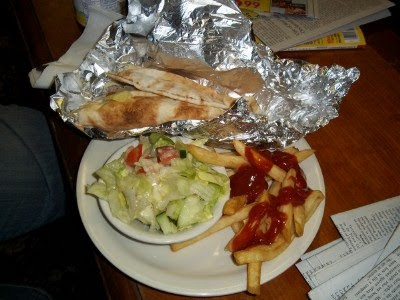 This week's Knit Night was a two bottle affair. We were a rather large and somewhat out of control crowd tonight and a glass got tipped and broken. One pattern book and my knitting bag got christened with the lovely house red but no real harm was done. Of course I didn't get a picture. I was too busy thinking about the food. 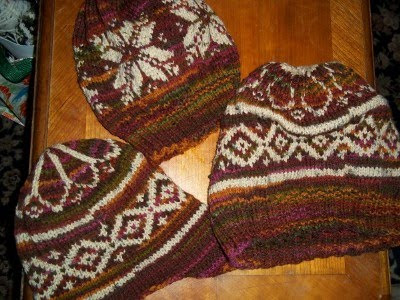 Little Miss Prodigy, absent last week due to illness, showed up with not one but three Fake Isles in all shapes and sizes. Of course she improvised her own version of the pattern. Of course. 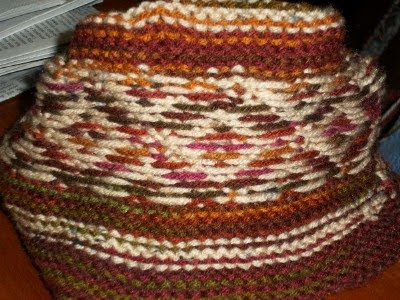 Her stranding technique is so pretty, I couldn't resist an inside out shot. Sigh. 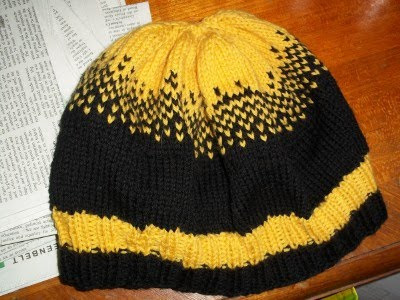 I have been trying to get a photo of this great hat since before the Super Bowl. It was supposed to bring luck to a certain team but we know how that turned out. 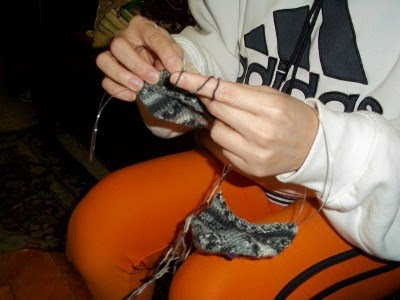 This is prodigy again with her toe-up-two-at-a-time-magic-loop sox. She really wows the crowd with this trick. 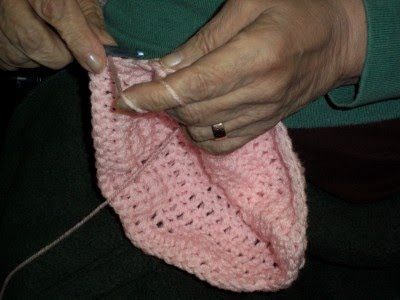 There is one hooker among us who showed us how fast a hat can be done with a hook instead of two needles. I'm impressed. 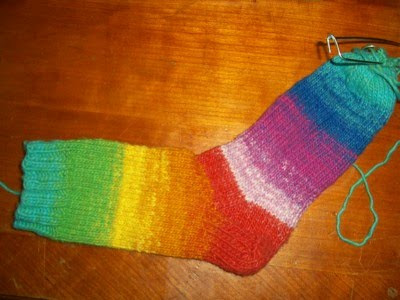 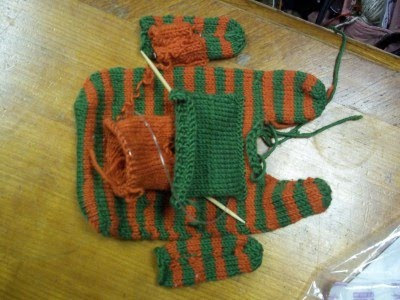 The toy maker among us is working on something with arms and legs that kept disappearing all night. We suspect gremlins. 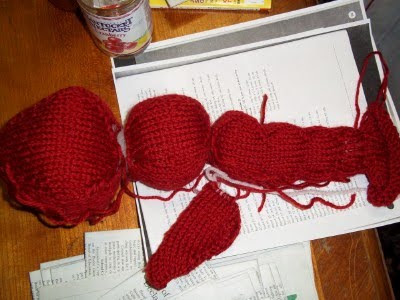 The lobster is almost done. It made me hungry. I want to eat it. That's sad but very true. I kept thinking about it in a roll. 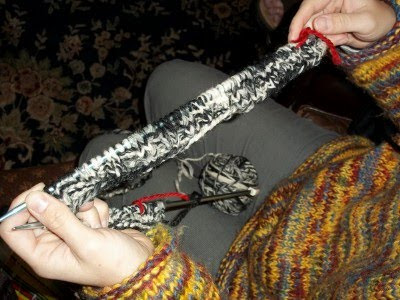 The lobster maker is also working on a headband. Notice the sweater she showed up in. She bought it in New Zealand. I want to follow her into a dark alley and mug her for it. It is that gorgeous. 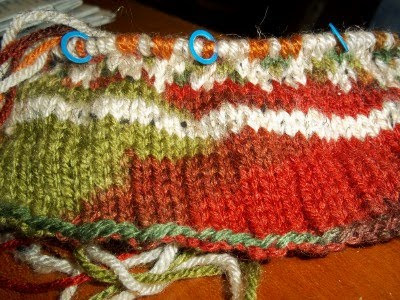 The Fake Isle hat that was almost abandoned was issued a reprieve. We convinced the maker that a hat measuring in at 16 inches would fit a small child and doesn't everyone know at least one small child that would want a hat like this? 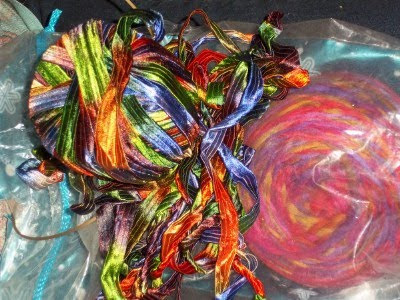 One participant spent her time straightening out her stash which is not a bad idea. Sometimes you just don't have a project that lets you talk and knit at the same time. 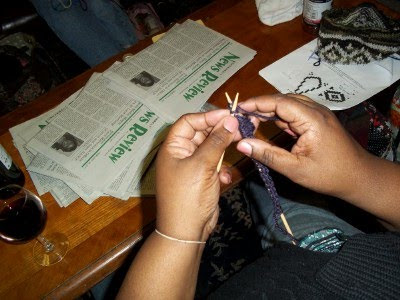 Newbie knitter finally managed to knit her first complete row under the watchful eye of Miss Prodigy. New knitters always make the best teachers because they are still thinking about what they are doing. That is my green Fake Isle in the background. I knit one row just fine and then screwed up the second so it's going home to stay. 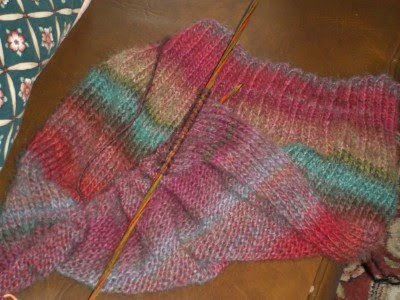 In between dodging flying wine glasses and taking pictures, I did manage to get to the arm decreases on the Modern Lodge Pullover. It is very ho hum knitting but at least the color changes make it look like I am doing something special.
Posted by Araignee at 12:00 AM