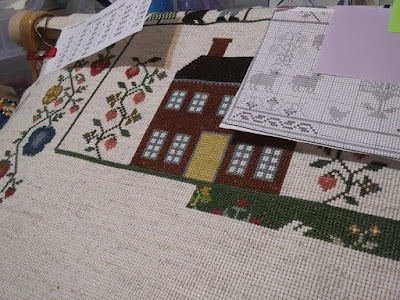 With all the excitement we've had, I've only made it half way across the lawn this week. At this rate I'll be somewhere in my 90's before this thing is done. I know slow and steady wins the race. I've got the slow. I need the steady. 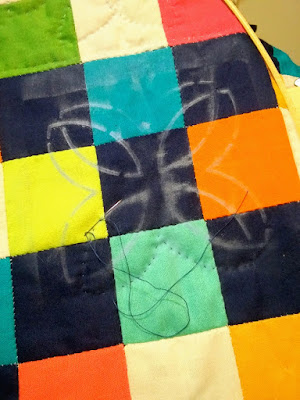 I did get another of Dad's Nine Patch blocks quilted. That makes four so far. I didn't get much done this week but at least I'm no longer having to wrap my fingers in electrical tape. 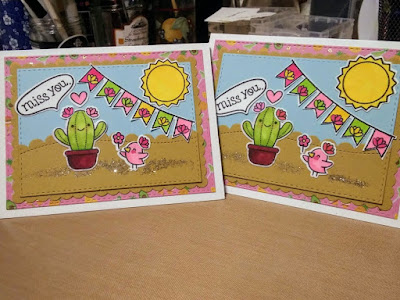 I've had more going on in the card room this week than in the sewing room. I had cards to make for my Aunt and Dad's lady friend who I haven't been able to see since the pandemic. I send them a card from time to time to let them know I'm still thinking of them. 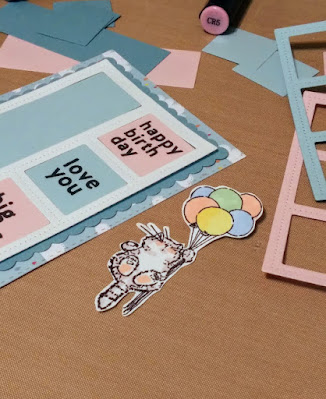 We also have several birthdays coming up this weekend. I was trying to come up with a kitty card for Daughter but so far no luck. I like the kitty but not much else. It was back to the drawing board with this one. 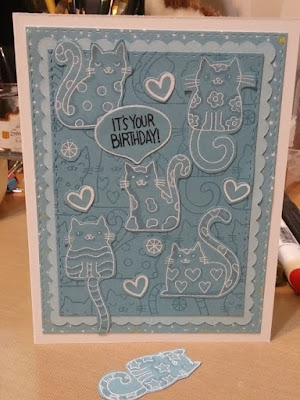 This is better. I heat embossed the kitties and cut them out and glued them on a kitty background that I had made by using some Versamark on the cardstock. Middle Son's birthday is Saturday so it's back to work on something for him.
Posted by Araignee at 12:00 AM