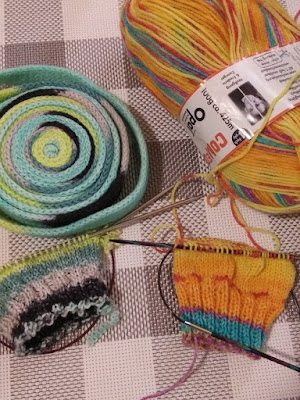 I had a bad case of Startitis yesterday. I cast on the second socks for these guys. 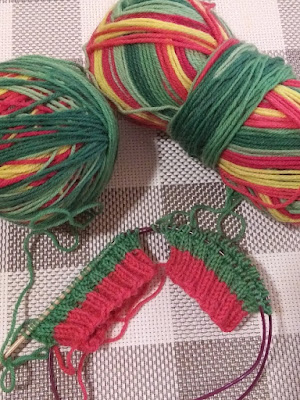 I even cast on a two at a time Magic Loop pair using my new Felici in the Dragonboat colorway. Of course our Dragonboat Festival was canceled this year. It seems like all of 2020 is canceled. 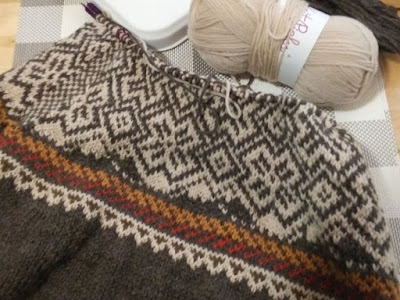 Lofoten is this big now. I like to knit to podcasts on You Tube in the morning and Arne and Carlos were going on a road trip to Lofoten in their latest episode. I had to laugh at being able to finally see those mountains in my knitting. They look just like that in the video. They even had snow on them in August. Arne and Carlos were very ill with Covid for more than a month so it was good to have my knitting buddies back in action. I'm looking forward to their next episodes as they make their way through Norway in a 1969 VW Beetle. 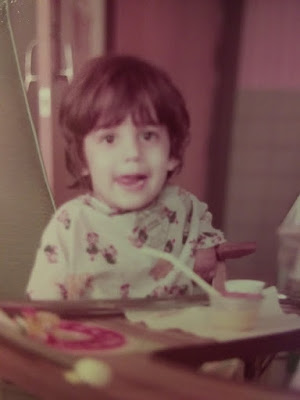 Today is also the birthday of Middle Son. In the age of Covid I thought I would share photos of when he was hooked up to an IV recovering from a bad case of pneumonia that kept him hospitalized for 10 days back when he was three. It started with just a sniffle and a little fever and escalated quickly. One minute he was eating breakfast and the next he was unconscious. He had a lung collapse and then he picked up a secondary infection in the hospital. I slept on the floor next to his bed that first night when they told me he only had a 50/50 chance of surviving until morning. It was a long ten days. He is far away now and all grown up but to me he's still that little cutie I rolled around the hospital dragging his "rootie tootie (R2D2)" behind him.
According to out state Health Department website we have had 3195 cases of Covid in kids between the ages of 0-9. We are adding between 20 and 30 cases a day and that's with school closed. They say that children don't get "that" sick but as a mom who's gone through it-any sick is too sick when it comes to your babies. Keep them safe.
Posted by Araignee at 12:00 AM