It's official. I HATE the new Blogger. I am too tired and cranky today to put my photos in the right order one at at freaking time like I had to do yesterday. New Blogger insists on uploading them all in reverse. So be it.
My puzzle is done. The missing piece never showed up. Oh, well. I ordered another similar one. Life goes on. 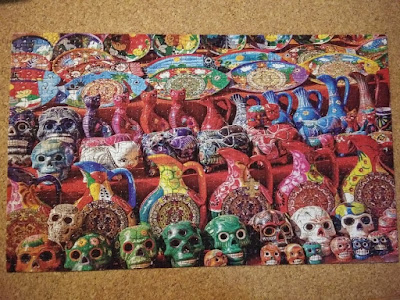 I still can't make my text not be links. I still can't get it lined up or spaced right under the photos without a fight. Phooey. 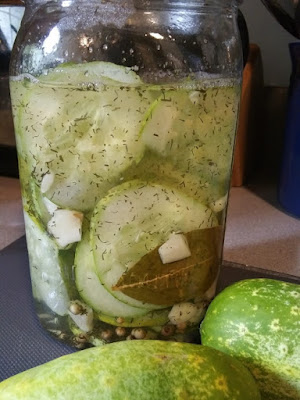 How about a jar of pickles in reverse? 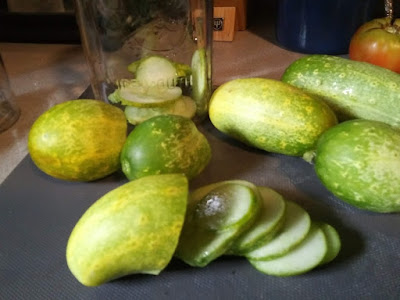 I had a bunch of ugly cucumbers on the vines so they became more pickles. We ate the last jar in less than a week. They were good. The pretty ones became a salad along with the last of the tomatoes and the ugly ones became pickles. My plants look terrible. Too much rain, too much heat, too much humidity. I feel bad for them. They look exhausted. 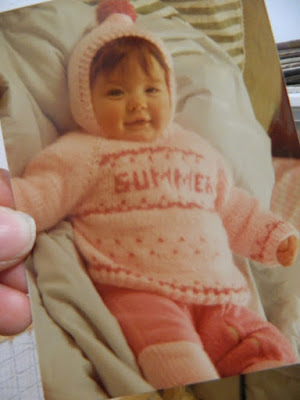 Today is the birthday of this little snow bunny. She grew up to be the ice skating coach. Yes, I made that sweater. It was one of my first tries at colorwork. It was a zip up the back sweater and I loved it. They had some great patterns for kids back in the day. I wish I had saved them.
Posted by Araignee at 12:00 AM