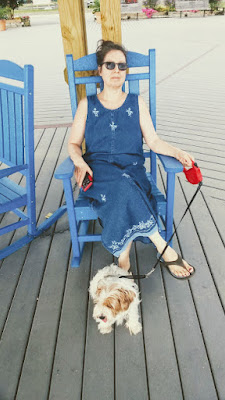 Look! I am outside. It was still humid as heck but it was cloudy and the temps were only in the 70's today so we ventured outside for a spell. While we were in our self imposed exile from the heat for the past week or so, someone must have come up with the wonderful idea to put rocking chairs on the pavilion that looks out over the Bay. If I had some knitting I could have sat there all day in that cool Bay breeze. 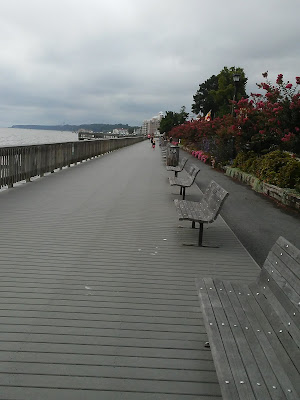 It was noon and the place was deserted. Weird. School does not start in Maryland anymore until after Labor Day. The governor wanted to maximize tourist dollars. I would have loved this as a teacher. I hated going back in mid August. It's too hot in August for school. 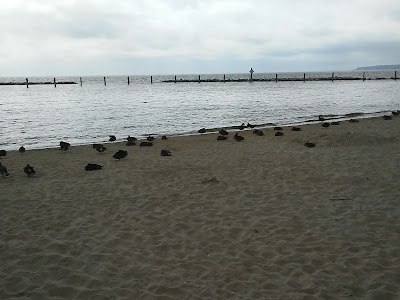 The beach which has been towel to towel pretty much all summer was also empty. The ducks were loving it. They were all having a nice nap. 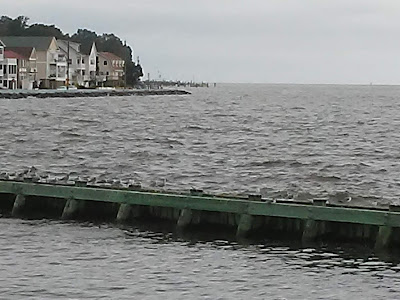 The water was rough and gray and there were big dead rockfish washing up in many places. I am not sure what's that all about-but it can't be good.