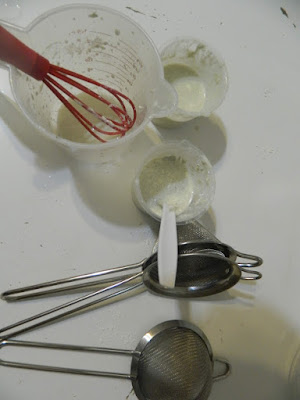 You might have noticed in a previous post that I use milk powders as an additives. They are easier to work with than the liquid form since you don't have to worry about the lye burning them. I make a thick slurry and strain it in at trace which is soap talk for the batter being slightly thickened. 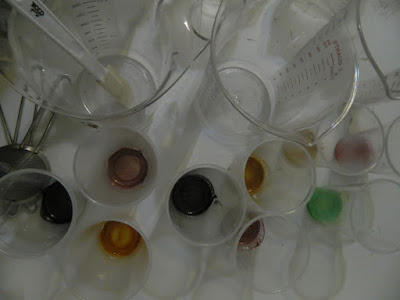 On the last day of soaping I had a major effort going. I not only wanted to make the Oatmeal, Milk and Honey soap but I wanted to re-do the Honeycrisp. I'll tell you all about that adventure on another post. 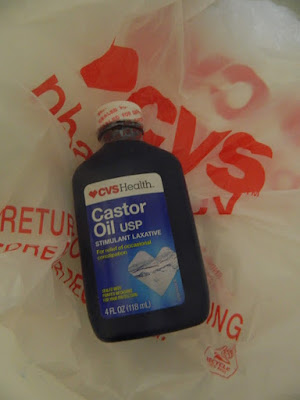 Of course, there was drama. Right in the middle of the measuring I discovered with horror I was out of castor oil. You can sub in other oils most of the time but this one is critical. It makes the bubbles. Out to the CVS I ran and paid a whopping $8 for this tiny 4 oz bottle. I pay $4 for a whole pound of it from the soap shop but you gotta do what you gotta do. 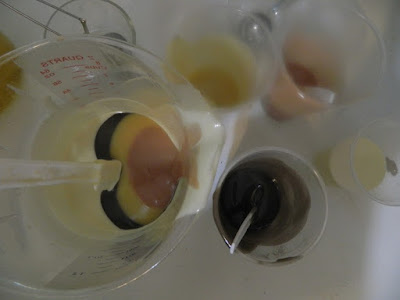 This is a tried and true fragrance so from here on out everything went smoothly. Thank goodness. 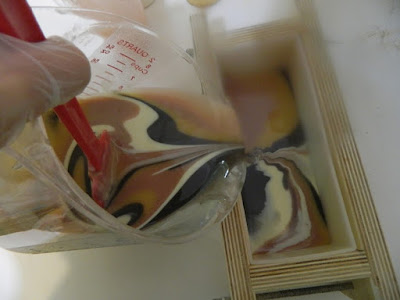 The only hitch was that I saw someone use a chopstick to make a textured top and I tried it. Now I hate it. It's too precious for me. I like a looser look.  Oh, well. It's only soap. That top will be worn down with the first use and no one will know the difference. 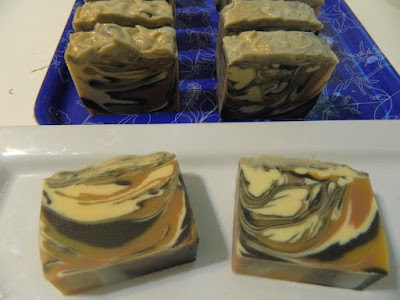 The next morning I cut them without an issue. They look good and they smell good so all's well. 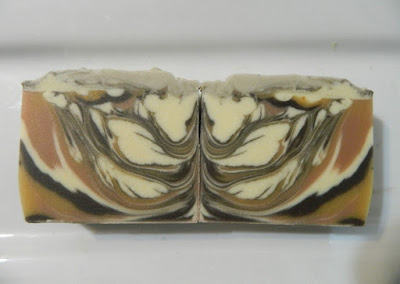 The second pour was very interesting. Look at that. It's almost a butterfly effect which is very sought after in the soaping world. I couldn't pull that off if I tried so I'm pretty pleased.