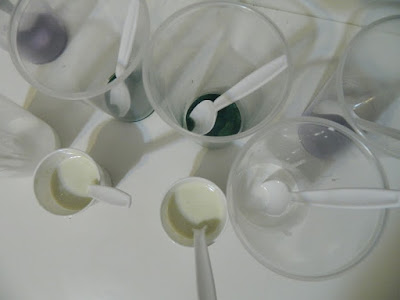 As promised, I am going to show you all the soap being made that I offered up in the Fall Surprise Giveaway. Up first is Lavender Woods. It was the most popular of all the choices so I will need two loaves. 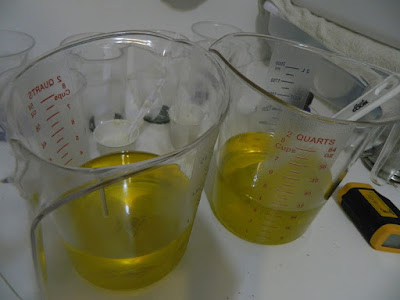 It's officially called Lavender Woods and Honey but I can't get that all on the label. It has honey in it and real lavender essential oil along with a little dash of the fragrance oil. It's also got goat, coconut and buttermilk in it plus a bit of yogurt. I am hoping for some creamy bars. 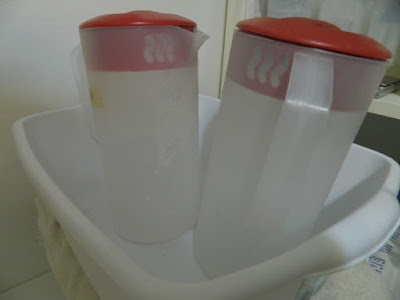 It was nice only making two loaves at a time. I usually make three small ones when I am testing a lot of new fragrances. 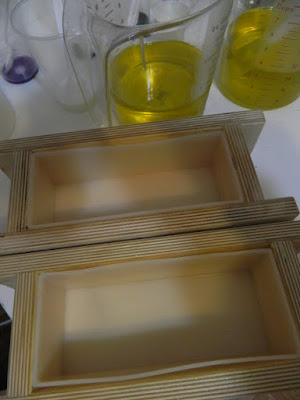 It's been a long time since I have used my 32 ounce molds. I had to rework my formula. 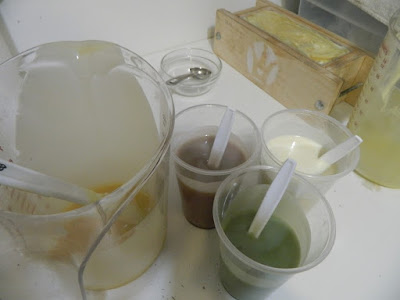 It all seemed to work well together. No nasty surprises. 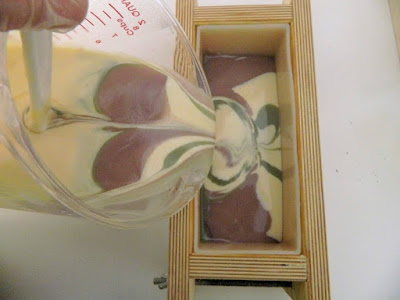 Everything stayed nice a smooth. I have never made two of the same thing before so it's going to be fun to see how different each loaf is when I cut them. 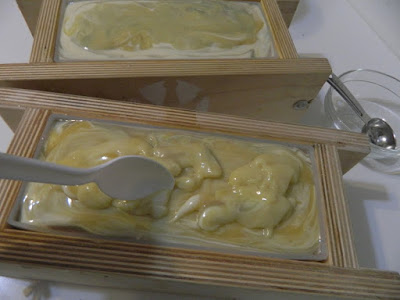 Uh, oh. I forgot my 32 ounce mold can barely hold 32 ounces without it spilling over the top. It's not a problem. I just waited until the soap thickened and then piled it all on there and did a textured top instead of any fancy color work. I am pretty bad at it but once it's cut it's not usually that apparent. At least I hope not. 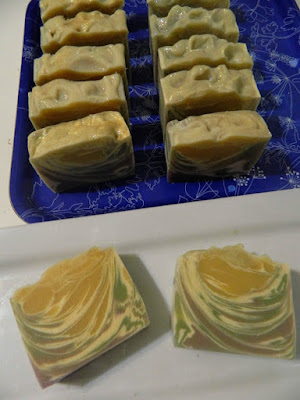 The next morning I cut into the two loaves and was more than surprised to see that they were almost identical.  That's what I like about making soap. You never know what you're going to get until you cut into it.


Don't forget-there is still time to sign up for the fall giveaway. There will be plenty extra to go around so if you were on the fence, now is the time to check out this post and place your order!