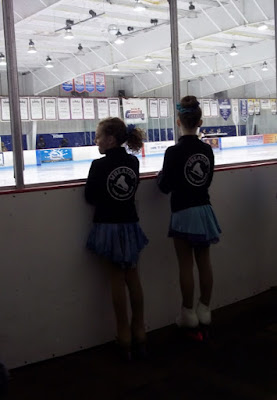 We were back at the rink at 7:30 Sunday morning. We should have just slept there. 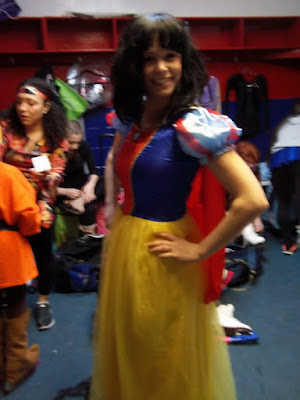 I mentioned earlier that before we left for Richmond we were dealing with disaster after disaster with the production team kids. They were dropping like flies all week. Snow White had a concussion from gym class and couldn't skate. One of our coaches had to fill in. One of the elves was in a car accident. He had a concussion too. One of the cartwheeling starfish broke her hand. Another skater on the team misread the schedule and showed up on Saturday. Her mother refused to stay at the hotel or drive back down on Sunday so we were down an octopus. Because I totaled the propmobile back in December, we didn't even have all of our scenery since no one else could fit Snow White's big cottage in any of their vehicles. 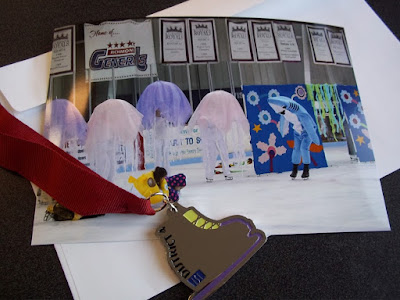 In spite of the drama, Yellow Submarine came in second out of four. Our best showing yet. I'm the second umbrella from the left btw. 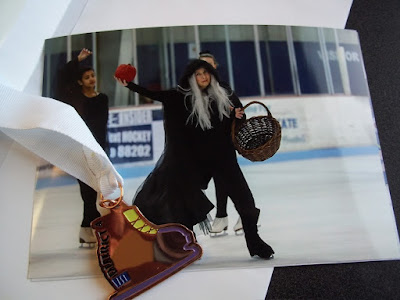 Snow White came in third out of three but with so many important skaters missing we were just lucky to have gotten through it. I didn't need any makeup to make me look like an Old Hag by Sunday afternoon I was done in. Way in. 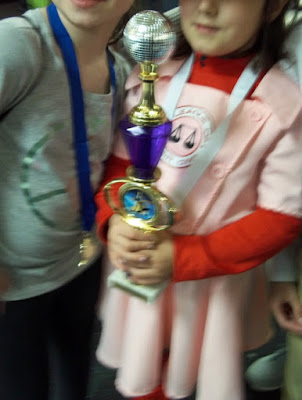 As a team we placed third out of eight teams for points in the competition. Not bad for only our third year ever.