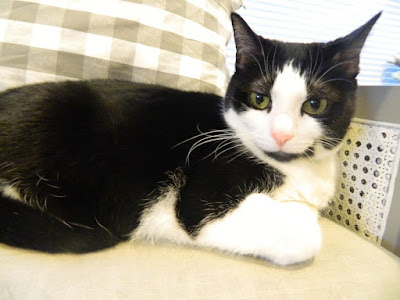 I know the Olympics began days ago but I was too busy over at Daughter's babysitting the furbabies while she and her Hubby were hanging out in NYC over her birthday weekend to do a proper post. 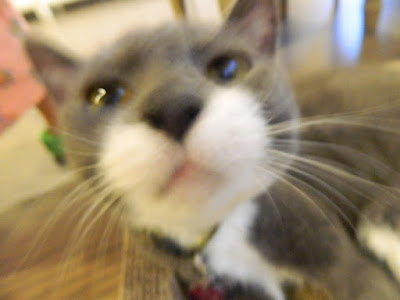 She's got the two fussiest kitties on the planet. When they see me coming all they want is for me to feed them and give them treats. They know a sucker when they see one. 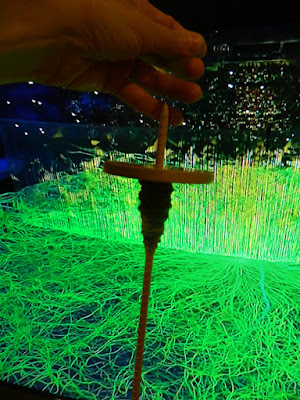 We did have a good time watching the opening together. I brought along my ply on the fly project that I began during the Tour. 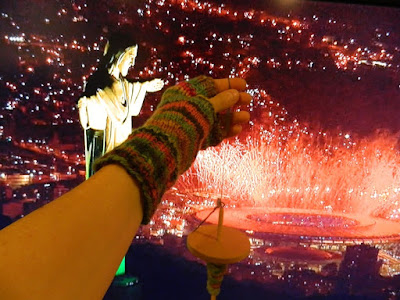 I had already knit a quick mitt from the little 1 ounce skein I made using this technique during the Tour while watching the early games of men's soccer on Thursday night. 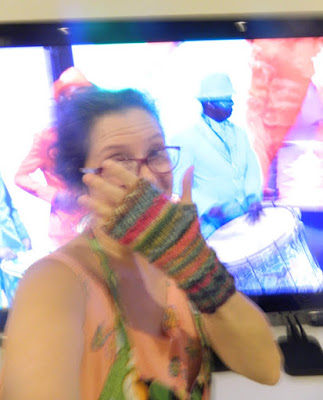 It's that 75 yard pattern that's so popular. I made it a bit bigger since I had more handspun to work with and I didn't want to waste it. I wore it all night while dancing away to the samba during the fabulous party Rio put on. The kitties thought I was nuts but I was really in the groove. I love the Olympics and I thought Rio nailed the opening. 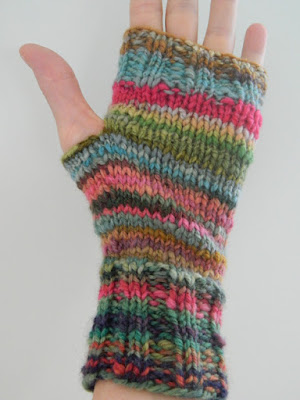 Here is a better look at those mitts in the light. I can't believe that terribly wonky yarn I spun looks this good. Wool is an amazing thing. Go sheep. 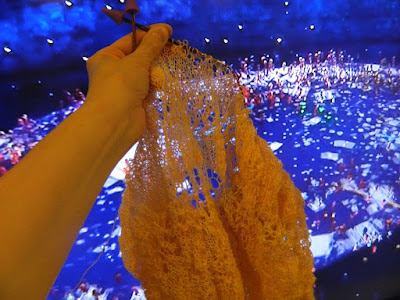 During the never ending parade of the athletes I also got to work on my Aubade. It's 500 plus stitch rows and rows of mindless knitting at the moment so it's a good TV project. I'll probably still be working on this giant thing during the next Olympics-and maybe even the next. I'll deserve a gold medal in knitting when it's done. As if. 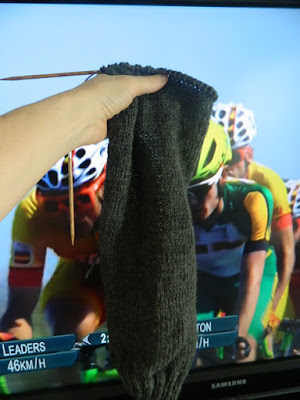 Since I was a captive knitting audience for the weekend I also packed a project that has been gathering dust this summer. My second try at a gray cardi for #2 Son was stuck at the sleeve cap shaping for no good reason. While I was watching the men's road race I got them both (I'm doing both at the same time) back on track and felt pretty good about it. Not exactly a podium moment yet but it's getting closer. 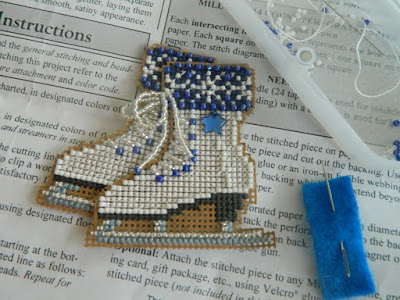 I would have been willing to bet that I wouldn't have finished this stitching project before the next winter Olympics but I managed to get them done while watching ladies soccer on Saturday afternoon. I packed them because Daughter's new townhouse is flooded with natural light making it an easy finish. Notice I said easy finish and not gold medal finish. Mine are a bit on the wonky side but for my first try at something as fiddly as this they are not too shabby.
Posted by Araignee at 12:00 AM