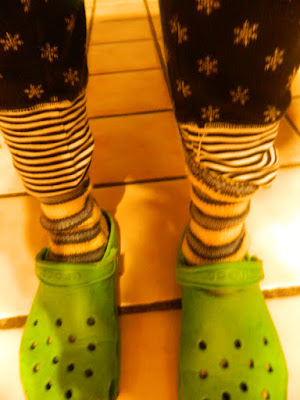 Last week we broke the record for days in a row with rain. I think it was 16. Who knows or cares because it is still cold and gray. I'm still wearing long underwear and wool socks around the house all day because it's been in the 40's at night and we barely make it to 60 in the day. Sigh. I've got a headache that just won't quit from all this damp. 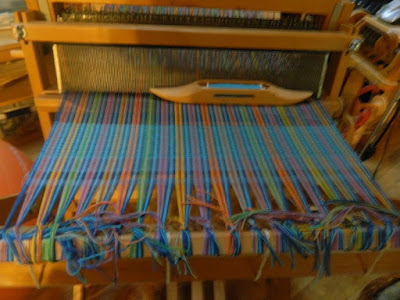 Being stuck in the house is not all bad. I've got a lot done but I can't get any decent photos of it. That's the new weaving project. It's coming along. I think. It's too dark in here to tell. 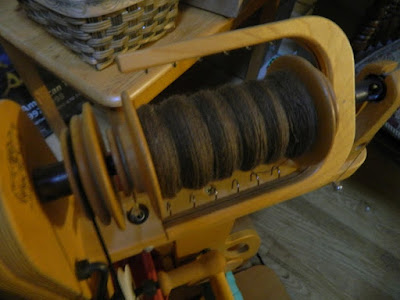 I've been spinning but it doesn't look like I am getting anywhere. 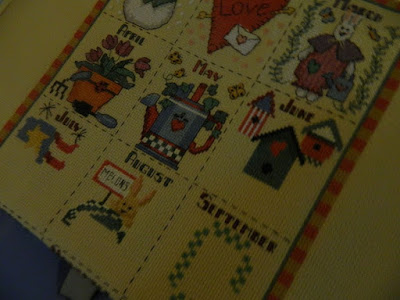 May is finished so I've been working on June but it's been tough going in the dim light. 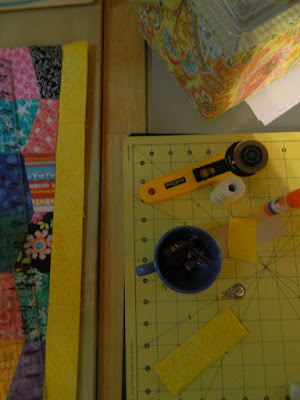 I've got two sides of the yellow borders done on Daddio's tumbler quilt. It's going quicker than I thought it would. It's right under the lights over the dining room table so that helps. 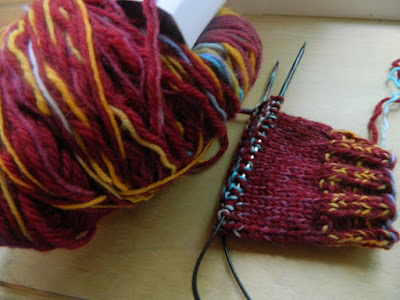 Finally, my latest charity knitting project has been a bust dark or no dark. I had to frog it and start again. That fabric was so dense you could never get a foot in it so I moved up a few needle sizes.

Sadly, these are also dark days for our dear friend Valerie at Wandering Cat Studio. She's lost two of her precious furbabies in weeks of each other. I know the blogosphere has rallied around her and sent lots of love her way but I'd also like to offer her my personal condolences. I can't even......