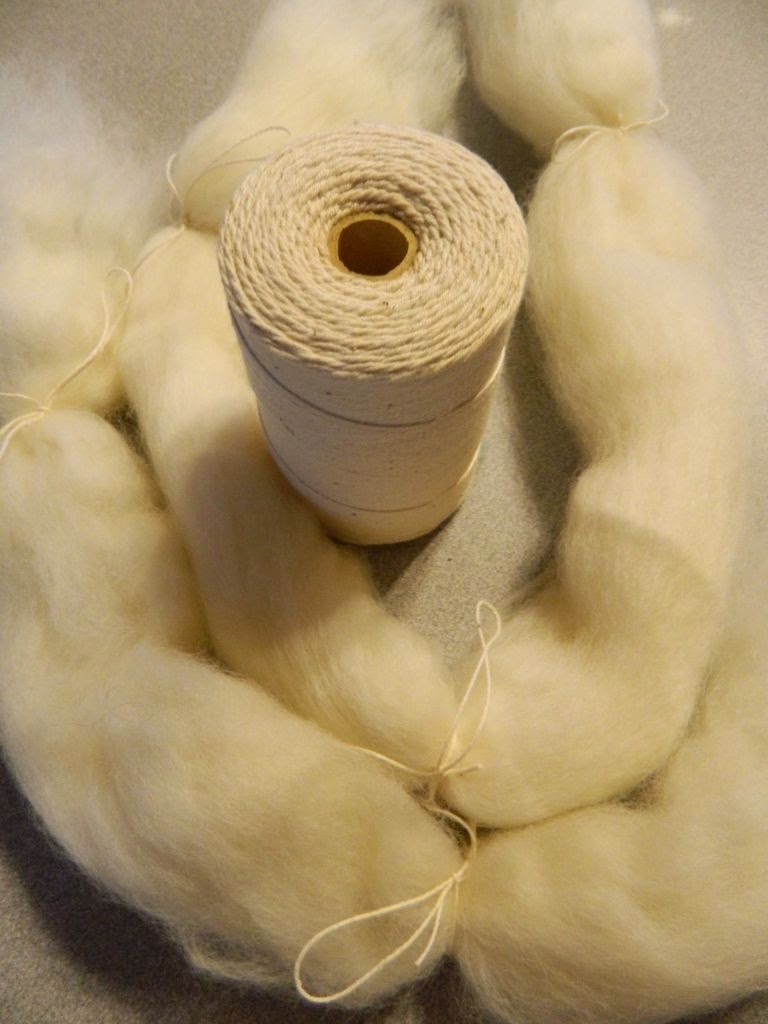 In the midst of the Clipper, I also cast on Daughter's thrummed mittens but the real adventure had begun a few days before. 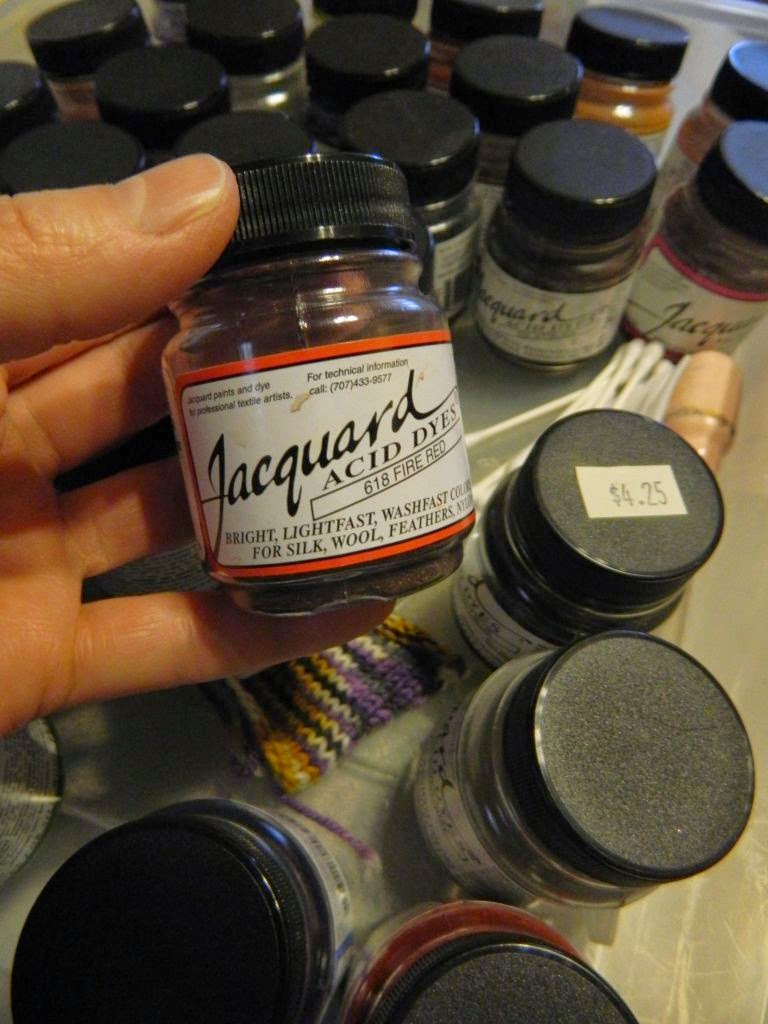 I had lots of white fiber for the thrums but she wanted mittens in her skating team colors which are black, white and red. 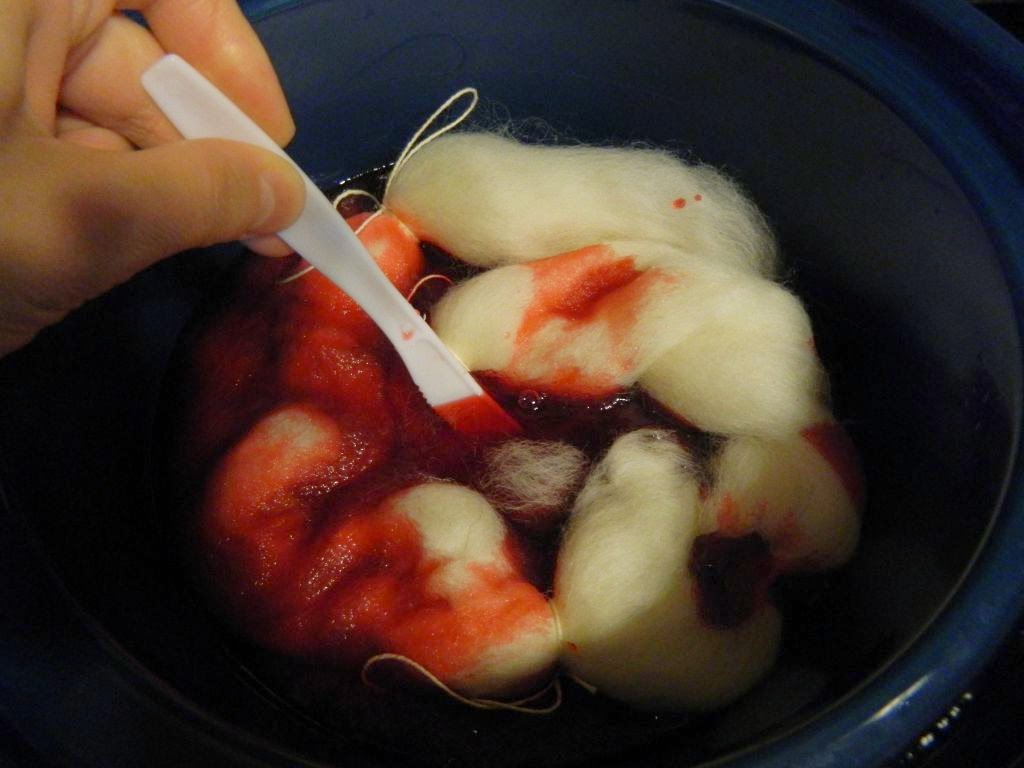 I had black yarn so I needed to come up with some red fiber. I used my dyeing crock pot and hoped for the best. I've never had any luck with it and red is hard in the best of circumstances.

Well, look at that. That white knife is in the rinse water with the newly dyed and fiber and nothing is bleeding. That's a first. 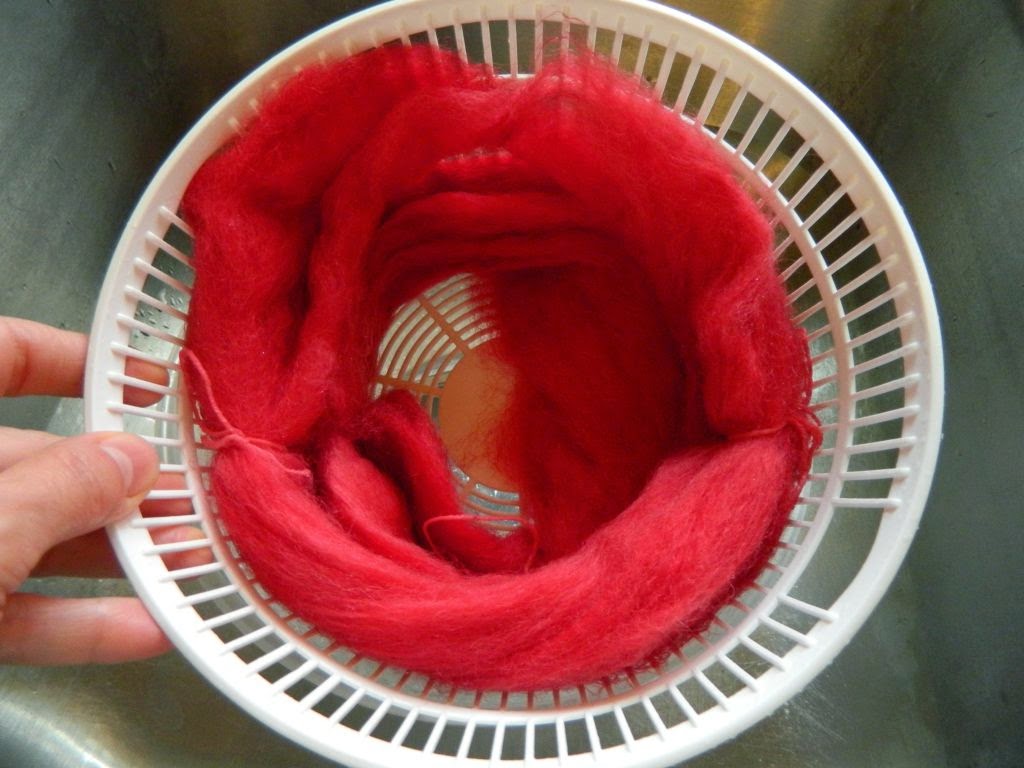 After a spin in the salad spinner, I had some pretty red Corriedale that needed to dry for a few days before I could turn it into a pile of thrums. 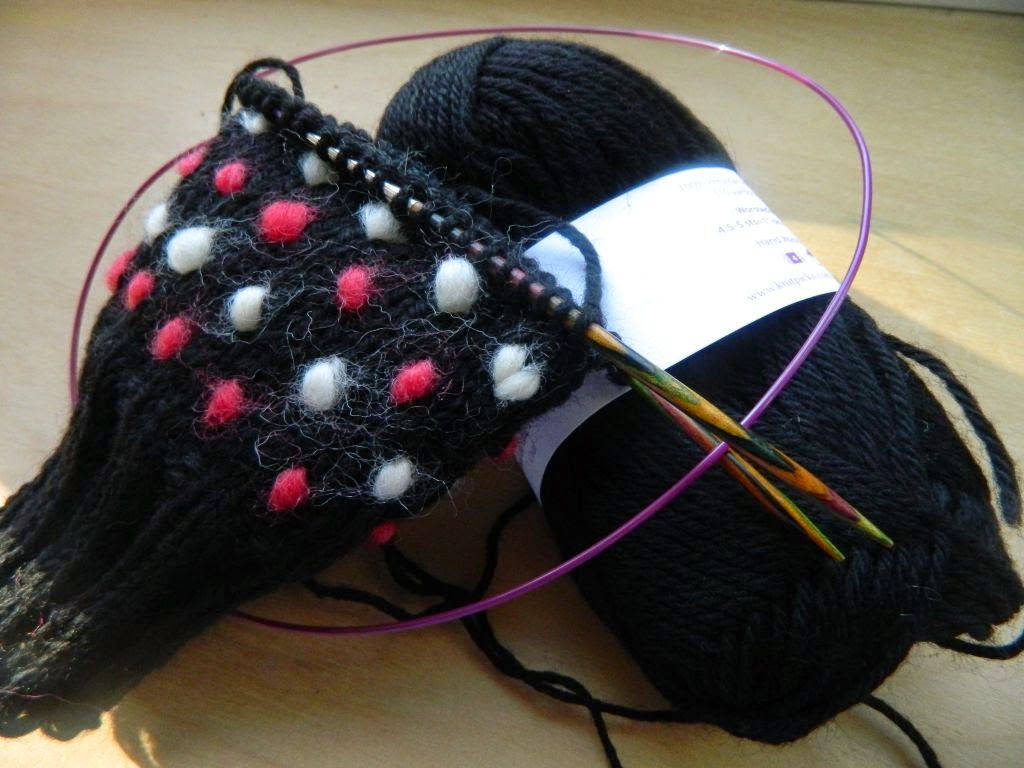 I'm using the red and white on every other row and I'm trying to do two thrum rows a day. I might not have these done for her by this winter but next year's a lock.
Posted by Araignee at 12:00 AM