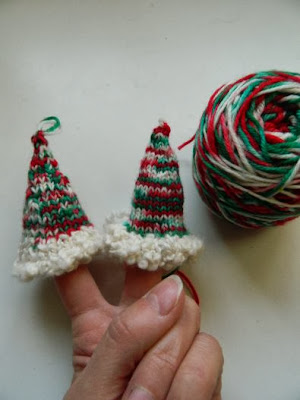 I was in the grocery store the other day buying booze for presents when I spied little hat and scarf sets for the bottles. They were cute and cheap-around $3 but I knew I could come up with my own version for free. 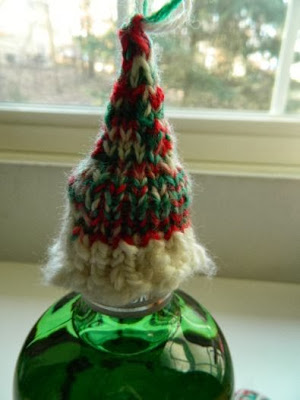 After trying several "recipes" I gave up. Mine were just awful and they they were way too much work for something that was going to be thrown out as soon as the booze was opened. Now I have couple of itty bitty hats for no reason at all. Maybe I'll toss them out in the woods for the fairies.

PS: Thanks for all the sympathy and good advice on yesterday's post. I know that making lemonade out of my lemons is what's called for-but I am getting awfully tired of all that darn lemonade.
Posted by Araignee at 12:00 AM