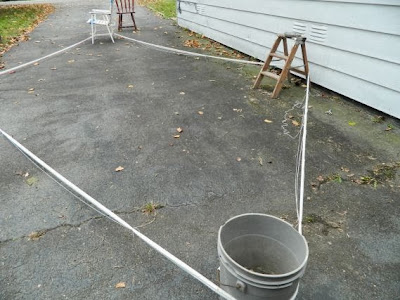 After realizing I was going to need lots of space in order to pull this dye job off, I took the yarn over to Daddio's where we tried to figure out something in his driveway. 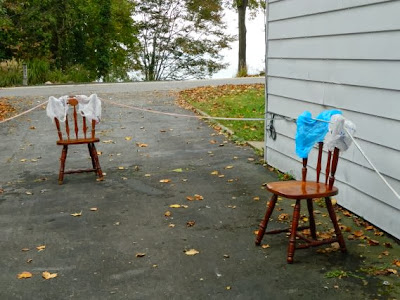 After bending and stooping for about an hour trying to wind it all up on things we found in the garage, we gave up and got the dining room chairs. Mom would have had a fit. 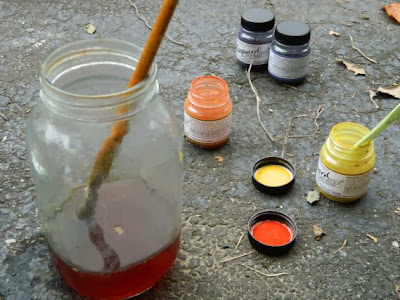 We mixed up the dyes and hoped for the best. 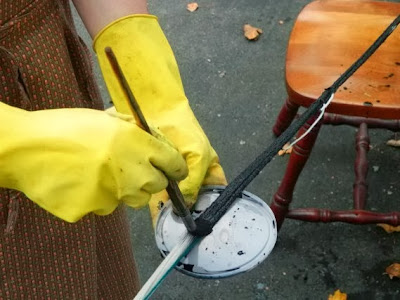 I couldn't figure out how to get the dye to stay on the tightly suspended yarn. A plastic lid helped but it was still slow going. Making things even worse was that it started to rain. 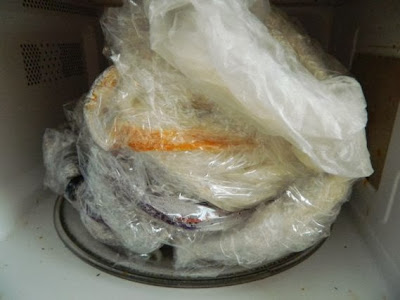 When faced with having to take it off the chairs, I had no idea how I was supposed to keep the colors separated so I panicked and covered the whole thing in plastic wrap for it's ride in Daddio's microwave. 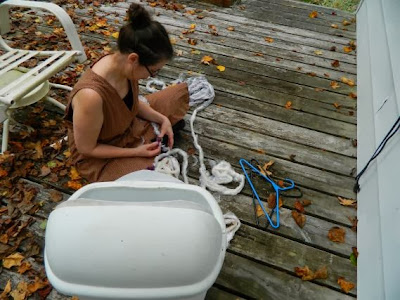 I was well aware of what a pain in the behind it is to unpeel plastic wrap that has melted around wool so I knew what I was in for. 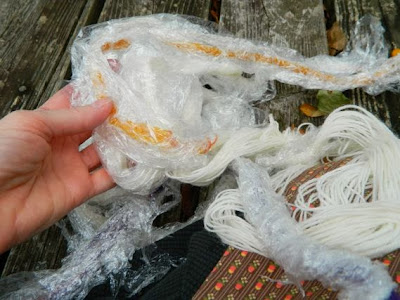 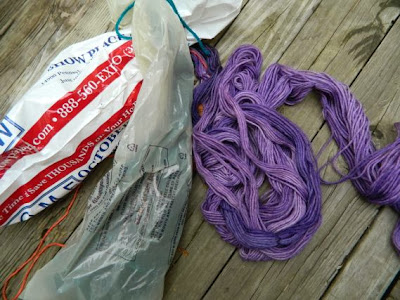 The next day, the purple was too girly for football colors. 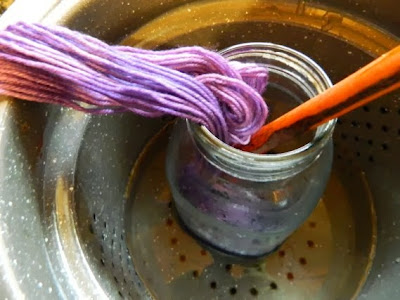 It had to be dyed again. This is when I got some expert advice from Wandering Cat Studios on how I should have gone about this in the first place. 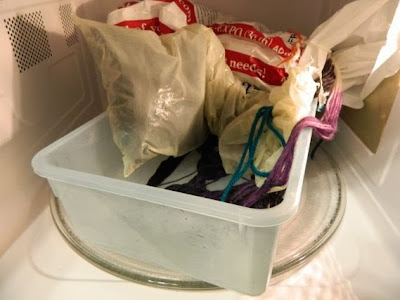 Instead of painting it got dipped and instead of plastic wrap it got put into bags. I really needed ziplocks but this is all I could come up with. Next time I'll be better prepared. 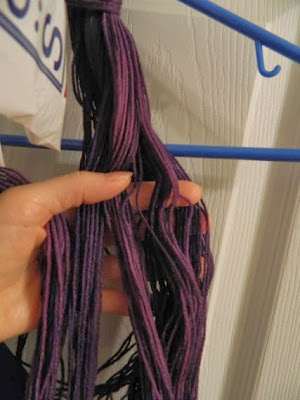 The purple was still on the funky side but I wasn't dyeing it again. It would just have to do.