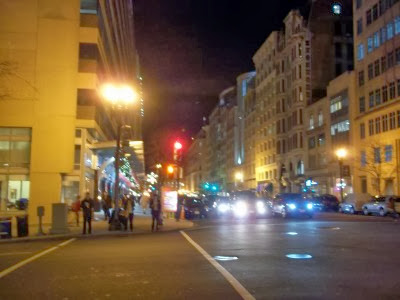 The Mister and I have been on the road this holiday season. 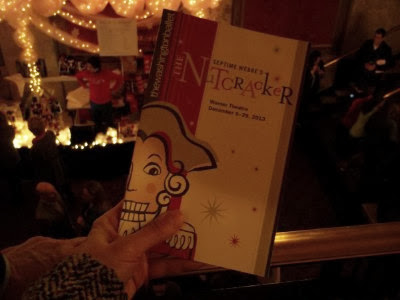 Friday night we were downtown as Number Two son's guests for The Nutcracker at the Warner. 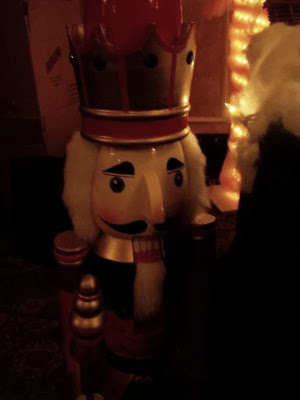 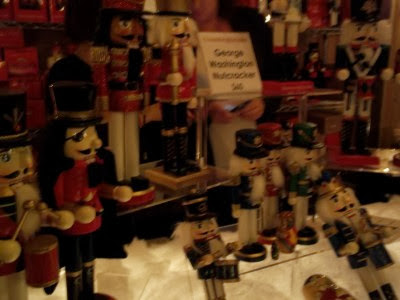 The lobby was a wonderland of the little (pricey) guys. 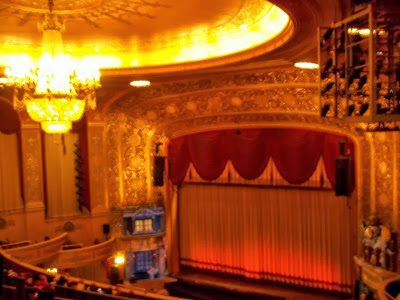 I couldn't take any photos during the performance but I can tell you that I've seen a lot of Nutcrackers in my day but this one was truly outstanding. My mouth was open in awe the entire time. I will do this again next year. 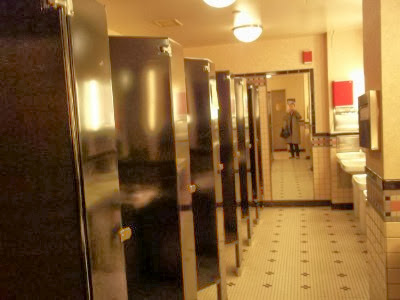 I had to include this shot of me in the ladies room. I was the only one in there. When does that ever happen? 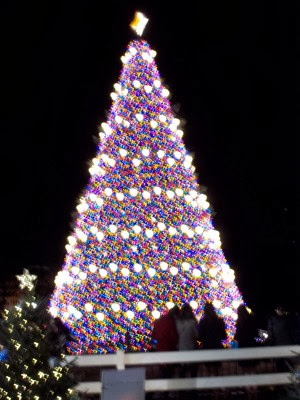 Afterwards we took a tour of Son's office. I can't tell you or show you because it is all hush hush stuff. I can tell you I was very impressed. That goofy little guy has come a long way in the world. The ellipse is right around the corner so we walked over to see the tree along with everyone else in a million mile radius. I can't thank Son enough. It was a magical night.

The next day we were off to Grandson's first birthday party so it was another trip around the Beltway for an afternoon of hilarity with this wild and crazy guy. I think he had a good time. I know I did. 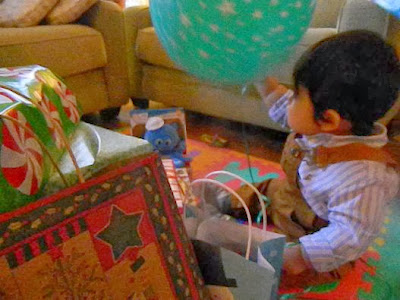 He got an absolute ton of presents but his favorite toy was the balloon, of course. 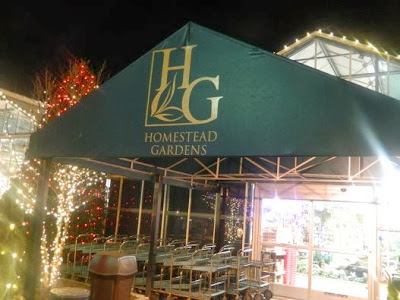 Saturday night we headed out to Homestead Gardens which is another long car ride from home. 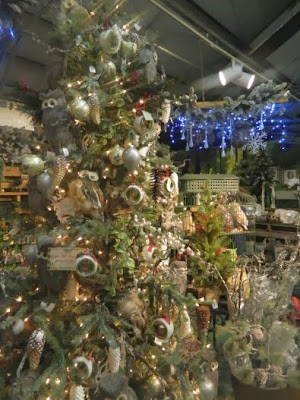 It's a giant Christmas wonderland that's not to be missed. 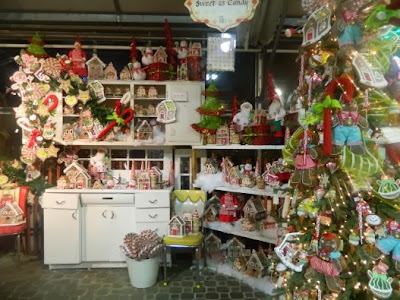 It's room after room of the most imaginative displays you will ever see. 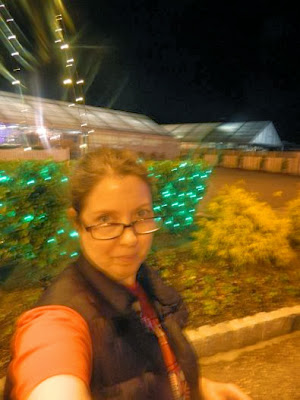 Here's my annual awkward selfie in front of the outdoor lights. It was 70 degrees and hot. Notice the short sleeves under my totally unnecessary down vest. 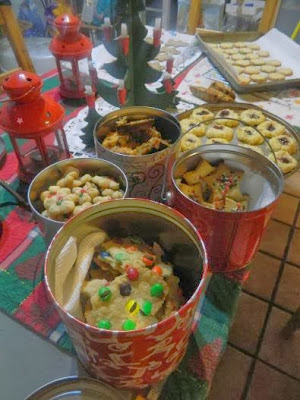 We spent a lot of time in the car all weekend but I still managed to pull off several buckets of cookies.
Whew. We've still got Christmas Eve to celebrate tonight but I can tell you that on Christmas day I am sitting home in my pj's with some Chinese take-out while sadly waiting for the 11th doctor to kick the bucket (re-generate for you fellow geeks) on BBC America at 9.

PS: That's Kathy B's cookie brittle recipe up front and it is GOOD.