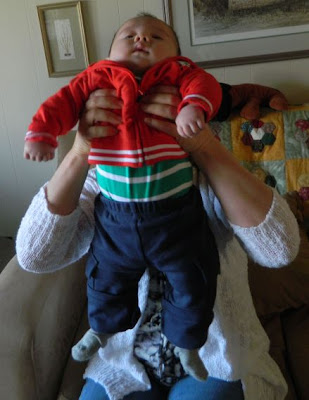 Easter was a two day extravaganza around here. On Saturday we gathered at Daddio's for food and to pinch and squeeze the new grandbaby almost to death. It was the first time the family got to see the new addition and he didn't disappoint. He took all the attention in stride and even took a tiny nap in the middle of all the ruckus. Happily, the new Mom and Dad also reported that he managed his first long drive down to the bay and back without a fuss. 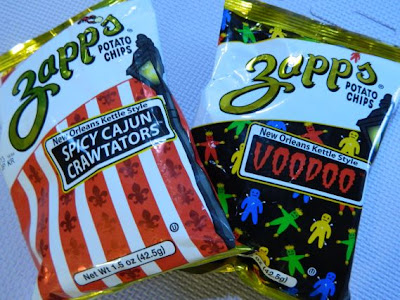 Easter Sunday was all about a trip to the airport to pick up Daughter and Husband who were returning from one of my favorite places on Earth, New Orleans. She brought back some of my favorite local snacks. 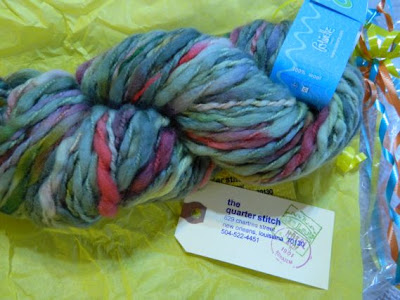 Of course, she had also located a yarn store. She brought me back this interesting skein that was imported from Wales. It is Calligraphy from Collinette and I think it wants to be a chunky little cowl someday soon. 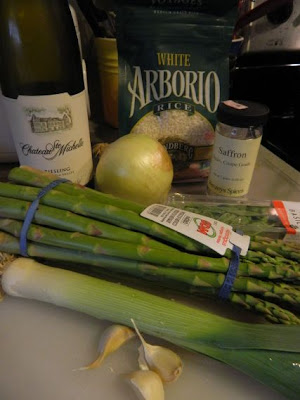 Back at the house, for celebration number two, I remade the dinner I had put together over at Daddio's the day before. Number Two son is a vegan so on Saturday I had handed him the ingredients to make himself some risotto. It was so good, I had to make it again at home for Easter dinner. 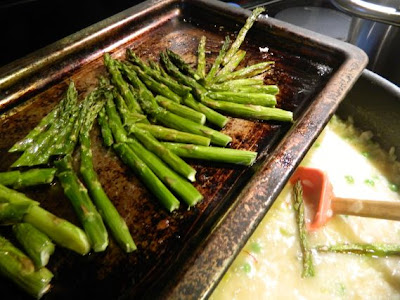 It was an asparagus risotto and Son had the idea to roast the asparagus first. 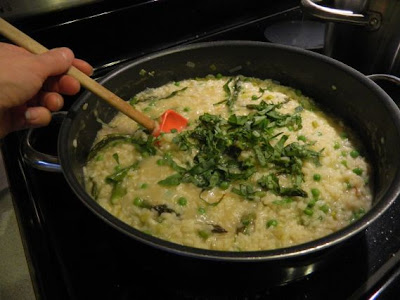 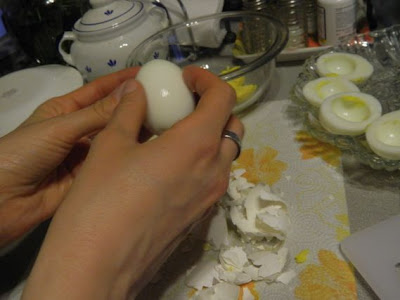 While I was stirring the risotto, Daughter was peeling eggs for deviling. 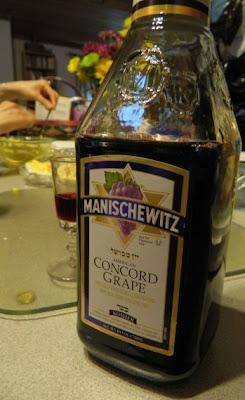 There were little sips of this and that going on as well. I confess I love this stuff. In small doses. 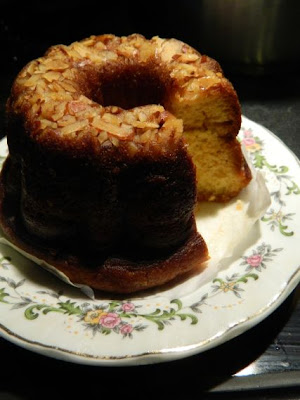 Dessert was a thawed out rum cake leftover from Christmas. The coconut pineapple cake I had brought home from Daddio's on Saturday didn't last the night. It was Little Sister's recipe and it was gooooood. From now on, she MUST bring this cake to all Easter gatherings. 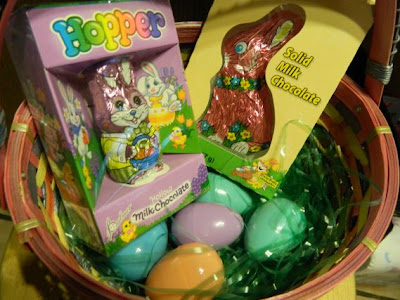 After I thawed out the cake, I realized I didn't need dessert after all. 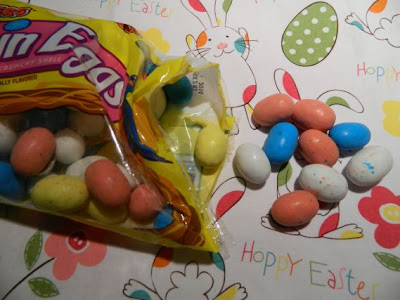 I had plenty of sweet stuff laying around. 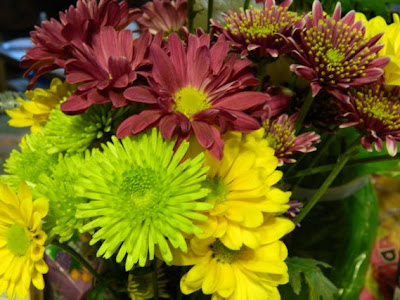 Speaking of sweet stuff, The Mister even brought home a big bouquet of flowers. It was a great weekend!