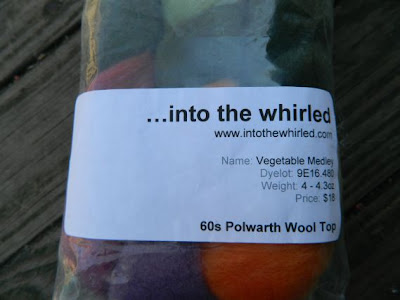 Confession: This Into the Whirled braid was one of last year's MDSW acquisitions that got stashed because I am afraid of it. 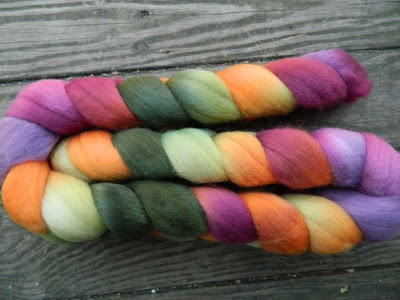 After spinning a pricey Loop batt during last year's TdF, I was disappointed in the trade off between keeping the colors intact and having yarn too thick for the project in mind. 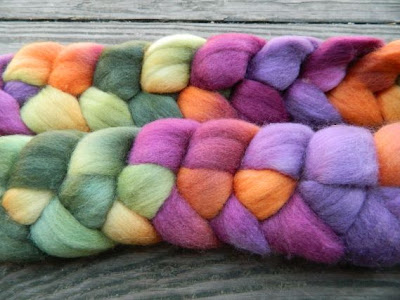 I have spent countless hours on Ravelry lurking in any spinning group that talks about spinning gradients. Now this is not technically a gradient but it is the same principal. I don't want that orange to turn all the other colors into a muddy mess so I need the colors to stay together as much as possible during plying. What to do? 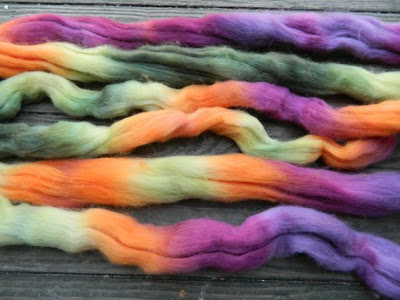 This post is just about whining. I don't have any answers. I did read where someone does a two ply by just tearing up sections of the second bobbin so that you can put colors where you want them to go. That seems a little brutal. 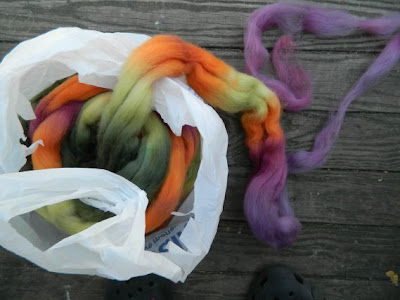 At this point I am not sure where I am going with this but I intend to try and spin the entire braid as a whole. I am not dividing it or pre-drafting it beforehand. I am going to have some crazy long color repeats. 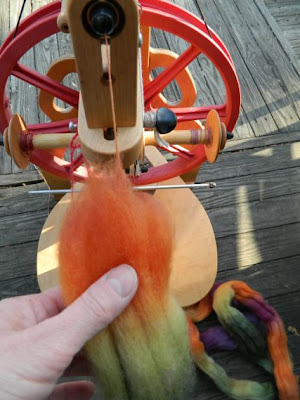 I'll just have to figure out that plying thing later on.