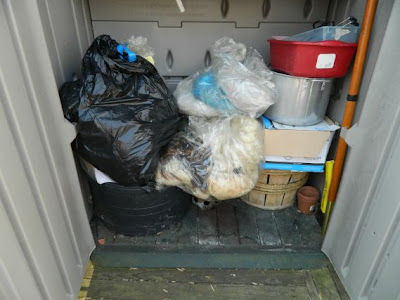 I'd been in a general frump all day from being glued to CNN watching the events in Boston play and re-play as if I was expecting a better ending. When it didn't come I decided to go out and pull all my "friends" out of the shed. I have been waiting for better weather to get serious about washing fleece but I needed something to do. 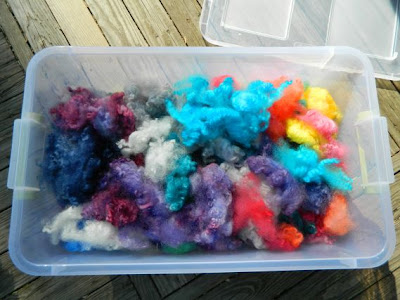 What I was really after was that Clun Forest fleece that I had bought last November. I knew I had washed some but I couldn't find it anywhere. It seems it might have got mixed up in my Romney X bin by mistake so I needed to wash more. 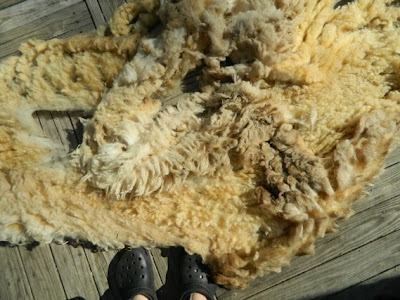 I certainly have plenty. I had packed it away for winter without including a note about what it was though. That was bad. 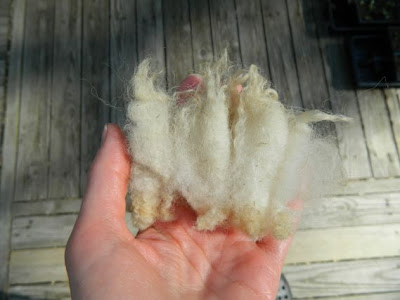 Clun Forest has teeny tiny locks so I was pretty sure that was what was in the bag. I also used the blog to help figure it out by identifying the bag it arrived in. Our black bags have red handles, this one had blue so I am pretty sure it was a match. 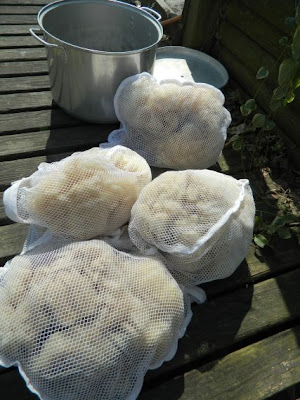 I bagged up a good amount and set it to soak until morning. That goes a long way in removing the dirt. 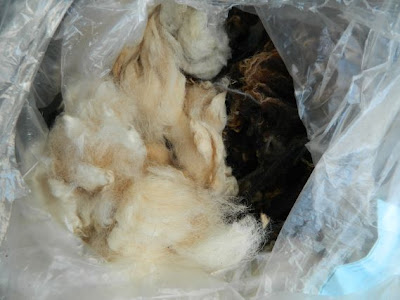 I also have a large bag of Jacob to deal with... 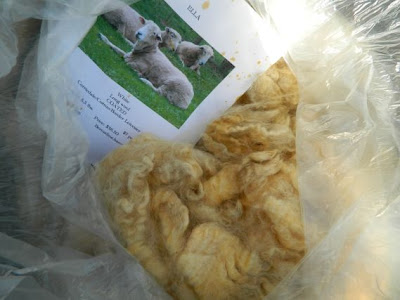 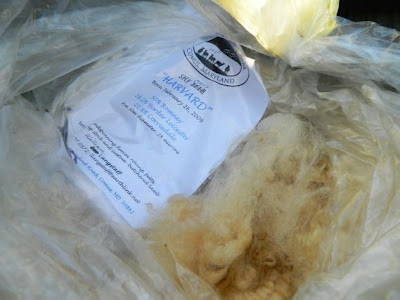 ...and lots more of my Romney X that I am not too fond of, but since the cats love the rugs I made from it, I need to dig the loom out of the craft room mess and get weaving again. 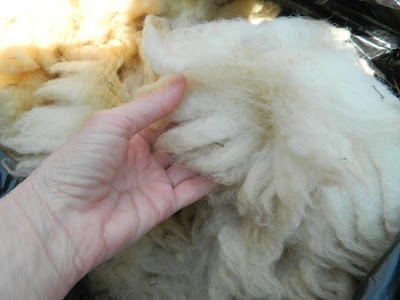 The biggest surprise I had was that I still have a GIANT bag of Gulf Coast that needs something done to it. 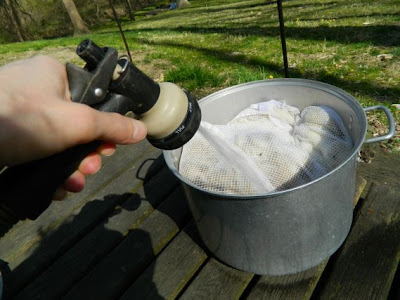 Looks like there is going to be lots of this... 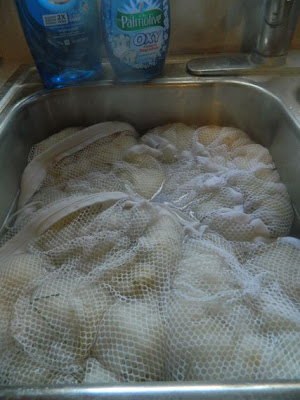 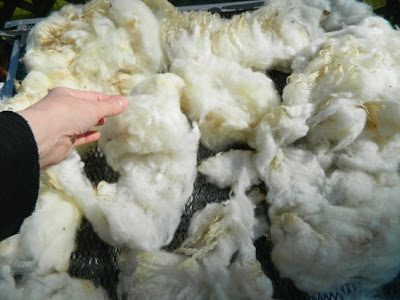