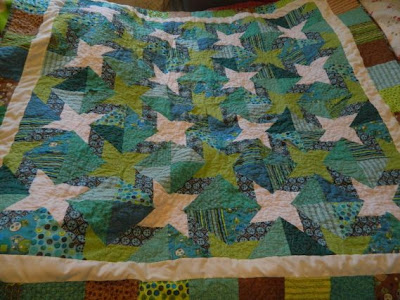 I finished the binding on the Serendipity quilt a few days ago but I had to wait for a new wash machine to be delivered before I could block it and call it a done deal. On a chilly Saturday morning, I carried it up fresh from the dryer all soft and warm. I was so ready to crawl under it for a nap but noooo..... 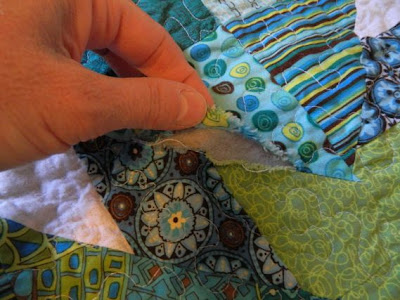 Upon closer inspection, I could see that many of the top seams had come apart in the wash. I was hysterical to put it mildly. 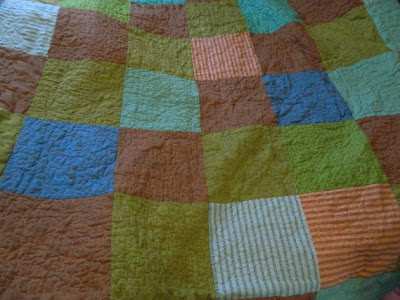 The pieced back looked perfectly fine so what on earth happened to the top? It seemed the thing came apart in all the same places so something was definitely going on. 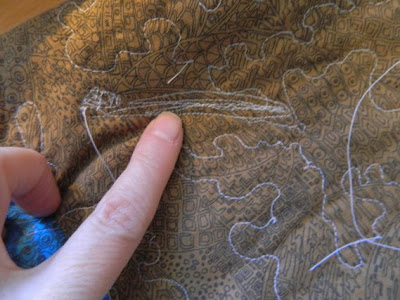 In desperation, I tried machine darning all the holes but that was a disaster. It looked as bad on the front as on the back. Picking out all those tiny stitches was a bear not to mention the fact that I had used spray basting to hold all the frayed edges down. What a mess. The whole thing was pretty darn close to going in the trash. 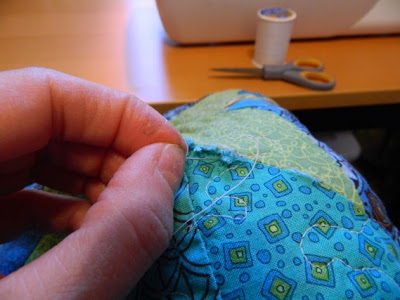 In a last ditch effort, I decided to just whip stitch the raw edges back together. 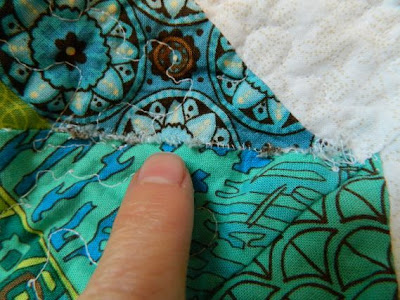 The mangle of the machine stitches now covered with whip stitches wasn't pretty but I didn't care at this point. I was over the whole thing. 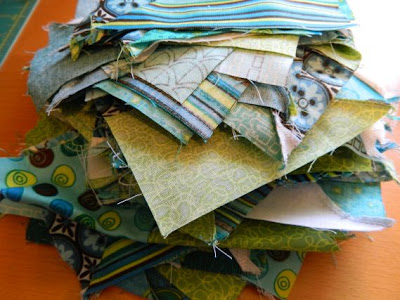 While I was sewing and cussing, I was also thinking about why this happened in the first place and then it hit me. Luckily I had a lot of leftover blocks to prove my point. 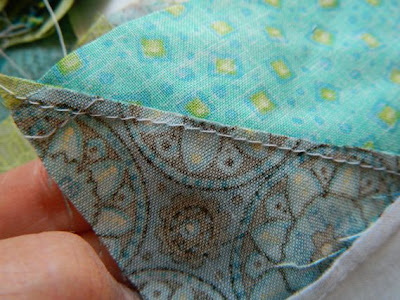 The way this quilt is constructed is by cleverly sewing together strips and then cutting them apart to form the stars. Traditionally a quilt is sewn with a 1/4 inch seam allowance but when you cut a quarter inch seam allowance in half you only have an 1/8th on each side and that leaves little margin for error as you can see. If I had read the comments on the tutorial I had seen on You Tube, I would have noticed others voicing this same concern. Sigh. The mystery is solved but yikes, I have another one of these ready to be quilted over at Daddio's. I am going to have a lot of fiddling to do over there to make this right. Even worse, Little Sister and I gifted one to her MIL a while back. Good gracious, I hope she never plans on washing it. 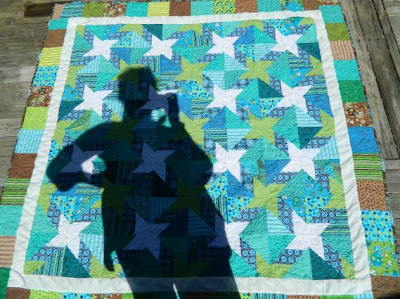 I would love to say all's well that ends well but that's not so. I fixed all the holes but I will never be happy with the Frankenstein of a quilt it has become. I have too much time and money in it to just toss it but it will forever be a heartache in plain sight. 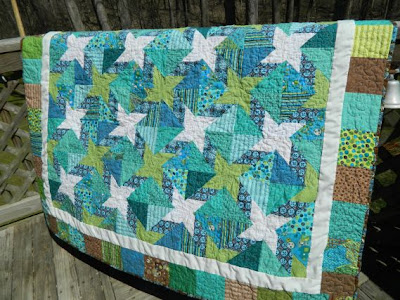 Right now I am terribly tempted to start another one only this time using 1/2 inch seams instead to see if it can be done. Dare I? Or should I just go knit something instead?