It seems fitting that I am going to update Daddio on what would have been Mom's 77th birthday. I've tried to imagine what she would have looked like with that many years on her but I can't. It's strange when you age but your mother doesn't. Soon I will be older than she ever was. At least I hope I will. The way things are in this world anymore, I will consider it quite a victory to hit that milestone. 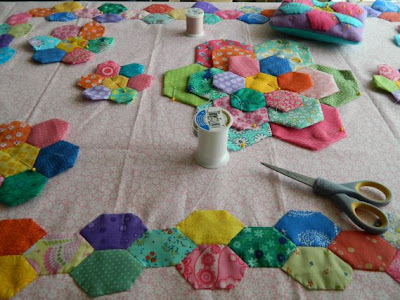 Daddio's eye surgery earlier this month was successful but it took him several weeks to be able to see so things in the sewing room have certainly been piling up. Middle Sister's spring table runner still needs appliqueing and quilting. It was supposed to be for Easter. Ha. 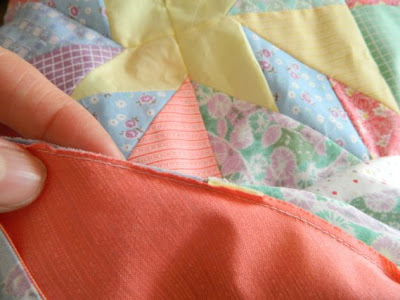 All the seams on his Serendipity quilt have to be reinforced. He has been keeping me company while I cuss my way through this ordeal. 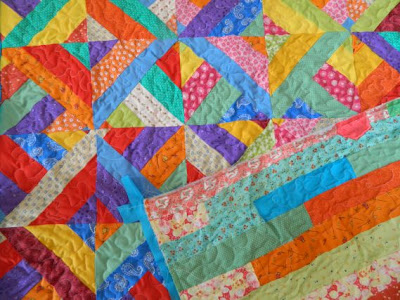 The binding on this crazy looking thing is one fourth of the way done. Three sides still have to be hand sewn down and this thing isn't exactly small. I'm taking it home to finish in front of a good movie. That's the only way it's going to get done. 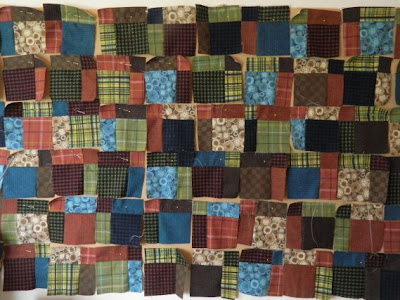 I wasn't even going to mention the thing on the design wall but here it is. 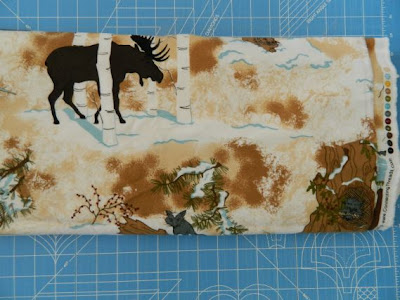 All those blocks still have to be sewn together. We sort of lost interest due to its wintery theme. That's its backing up there with the moose. I say we put it away until fall. 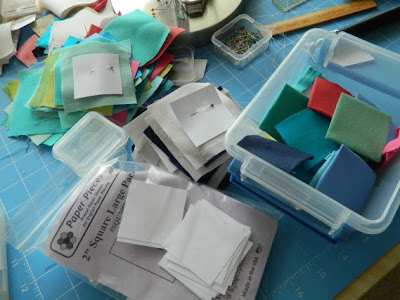 What he is most anxious to get back to is his latest paper piecing projects.

He's got several table runners that he wants to use as gifts, if we ever get them done. 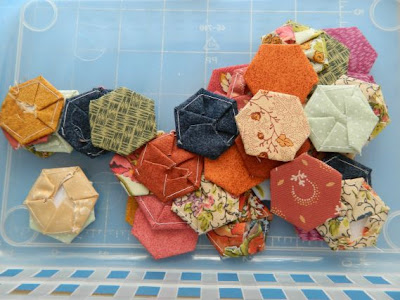 The big problem is that now his other eye needs to be done so he can actually see well enough to thread a needle and that is still weeks and weeks away.
In the meantime, trying to keep him busy and out trouble will continue to be quite a challenge. 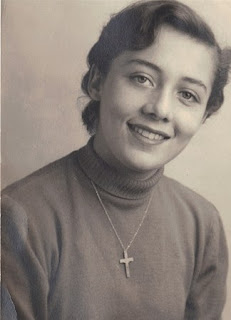 Mom, if you're listening, I could use a little advice. I got nothing.