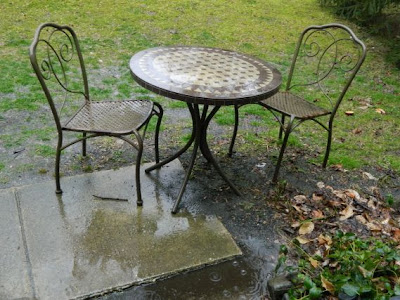 I suspect The Weather Channel has been playing us for suckers. That big Atlantic snow storm we were eagerly expecting yesterday looked like this. 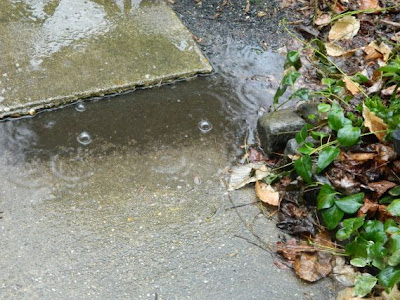 We did get some major accumulation but it wasn't the fluffy kind. 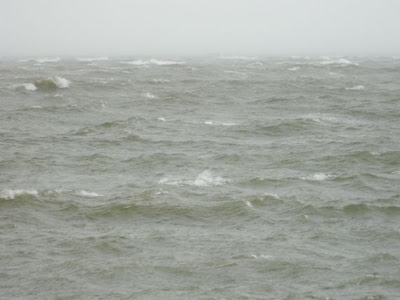 The bay was pretty angry about the whole thing too. Expecting tons of snow, the entire region was shut down- schools, government, pretty much everything. 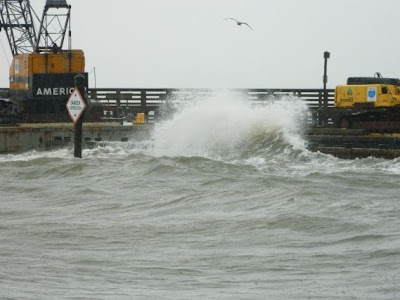 The guys who are working on the new whatchamacallit out in the water were probably glad to have a day off. It would have been no fun facing those waves. 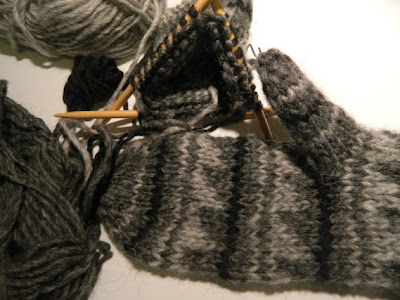 In anticipation of winter's late arrival, I had started another pair of Lopi's for a friend and.... 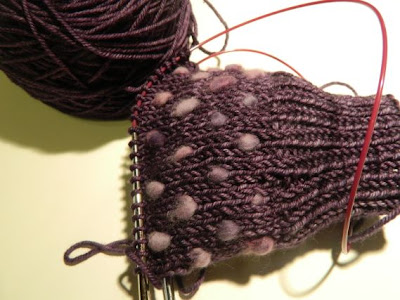 ...added a few more rows to my thrummed mitts.
One can dream.
Posted by Araignee at 12:00 AM