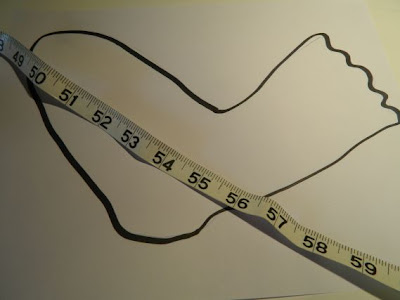 A crime has been committed. 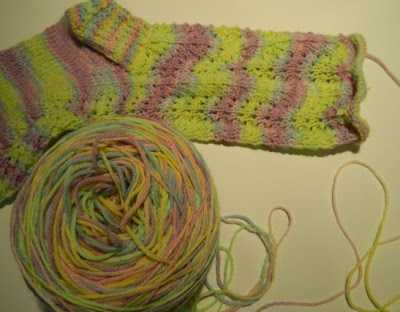 It was a clear case of negligent casting on. I had to plead guilty as charged. 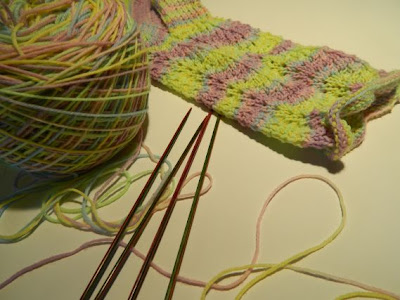 When I cast on my lovely Undine, I didn't pay any attention to what part of the color sequence I was casting on from. In order to have striped socks that look similar, you need to know this. 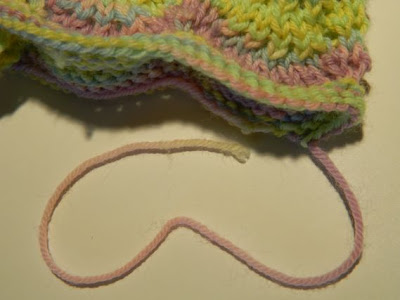 The only evidence of where I started was this little strand leftover from the long tail cast on. 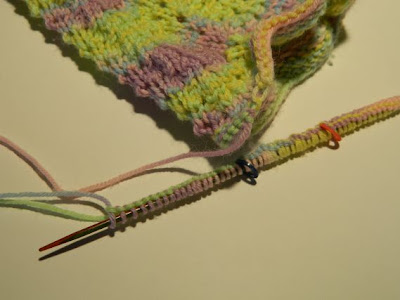 I tried every thing I could think of in order to figure out where to begin. I tried measuring a single cast on stitch and then multiplying that number by the number cast on. Nope. 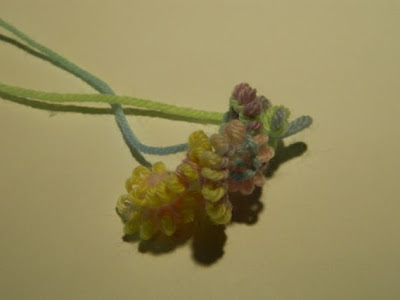 I tried matching up the color sequences. I tried just casting on from where I thought it may be right-over and over and over. Nothing was working. 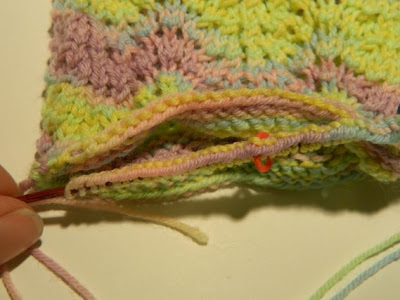 Stranger still, whenever I got the cast on edge to match.... 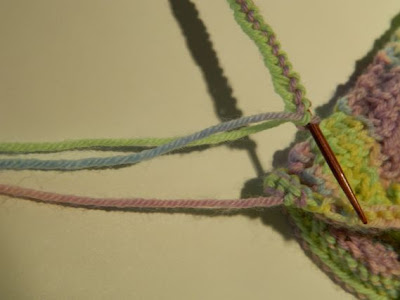 ...the yarn tail didn't. I was about to plead insanity. 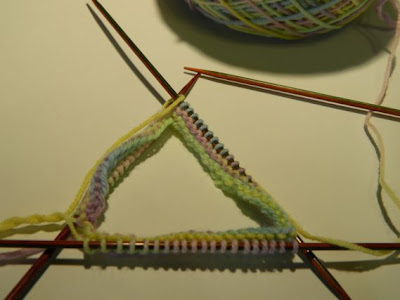 Finally I decided to back track. I used the backwards loop cast on from where the color matched on the sock's tail then knit a row back before joining. I thought it was a very clever way to get the tails to match but it didn't actually work on the leg pattern. At this point, it is time to cease and desist and just knit on-now read me my rights and call me a lawyer.