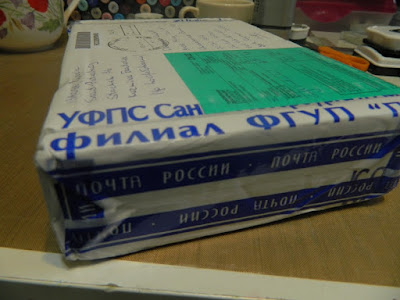 I got a slip stuck on the door the other day that said I had to come to the post office to sign for a package. That was weird. I didn't remember ordering anything that important that it needed a signature. 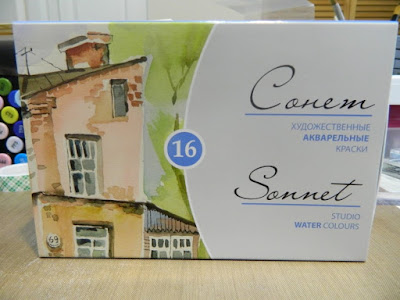 As soon as I saw the package I knew what it was. It was my Russian watercolors that came all the way from.....Russia. That was a surprise since I ordered them from Amazon. 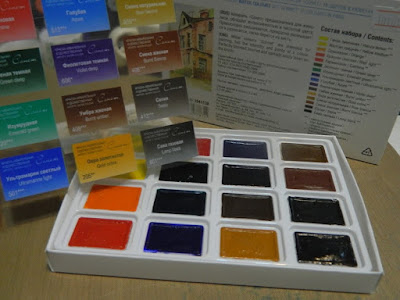 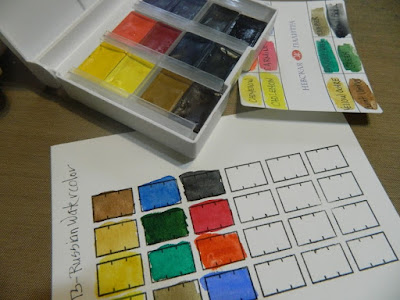 I really liked the first set of Russian watercolors that I bought last month. They are different from the paint I'm used to so it's going to take a lot of swatches to learn how to control them. A little bit of water goes a very long way. 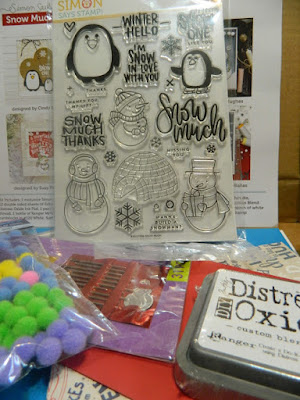 In a complete act of insanity I bought the January card kit from Simon Says Stamp. I already have tons of penguin and snowmen stamps so I'm not sure what I was thinking. 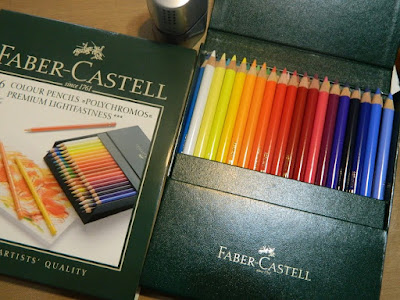 Making it even worse, I watched a tutorial of someone using those stamps to make a card using these pencils. That's a problem because these pencils are $60. Yes, you read that right 60. In my defense I was in the middle of my holiday pity party and I think I was trying to buy my way out of feeling miserable. It didn't work. It never does. I did end up with some nice stuff so what the heck. It's only money and you sure can't take it with you.