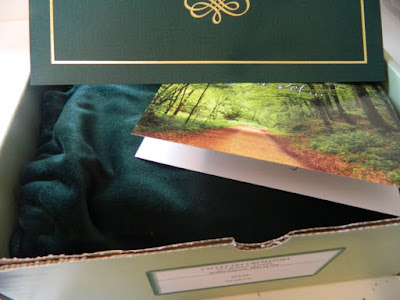 Can you stand one more poor me post? Yesterday was a tough one. I brought my girl home. I'm sad to say I've got quite a collection of these little boxes in my closet now. 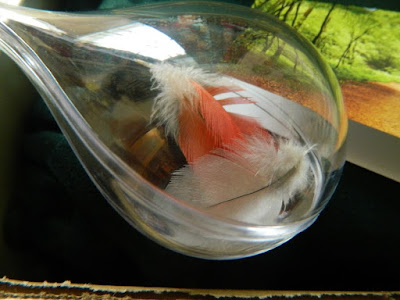 The cremation service our vet uses had a surprise for me. They had collected some of her feathers and put them in a tear drop ornament. Needless to say, it was an all day cry fest. 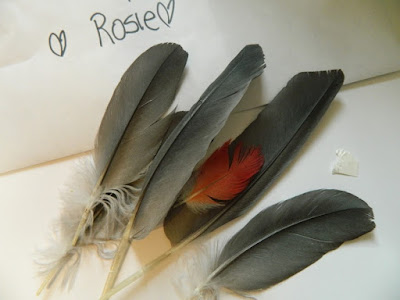 After her last CT scan, the one that showed she was terminal, I started collecting her shed feathers. I was sad that she never lost a big red tail feather. They were so pretty. 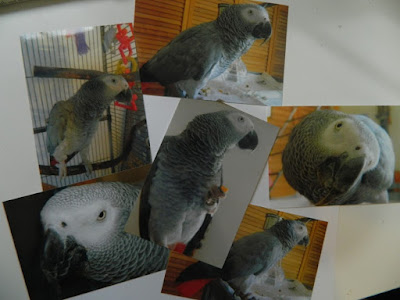 Rosie was banded but I could never get her to sit still long enough to read the fine print. The readout that came with her ashes told me she was born on December 7, 1989. She had just turned 29. When I first got her at just a few weeks old she lived in an aquarium. I had to hand feed her around the clock when she was a baby. I wrapped her aquarium in Christmas paper to sneak her into the hotel we were staying at with my parents in Ocean City that Christmas. Removing her giant cage, her play stand and all her toys has been hard. I kept this one. It was her favorite as you can see. Birds love to chew things up. My sitting down to knit or spin at night was her signal to start beating it up to compete for attention with whatever I was watching on TV. During the day her favorite thing to do was eat her way out of paper bags. Our grocery store would give me a handful for her every week for her to play with. It was hard to tell them she was gone. 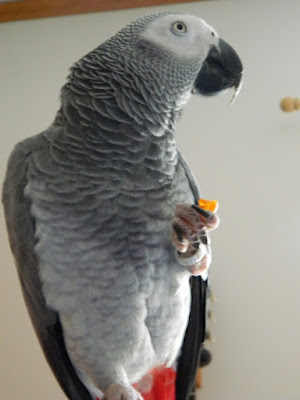 I can't begin to tell you how much she was a part of everything I did. Those of you who have only known furbabies have no idea how amazing feather babies can be. She lorded over the house and the other critters from the top of her giant cage which she was rarely in. We chatted away all day. She had to see whatever I was doing especially if it involved food. Broccoli and cheese were her two favorite things in the world next to noodles. She never met a noodle she didn't love. Just like me. 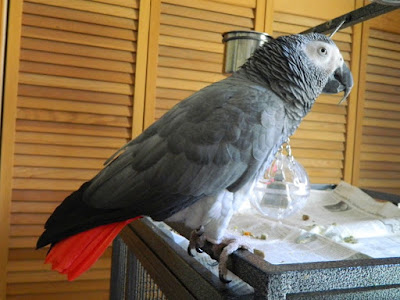 In March, after all the Daddio and Dear Doggie mourning was over, I noticed she was quieter than usual. She had stopped talking in her pitch perfect voice. At first the vet wasn't worried but then she started losing weight. All the routine tests for bird illnesses came back normal so she sent us to a specialist in Virginia that did scans. They showed she had a large inoperable tumor between her heart and lungs and evidence that the cancer was spreading into her lungs and bones. They sent me home with a box of medications that I received monthly to keep her comfortable until nature took its course. I moved her into my bedroom to keep her safe and warm during those last fragile months. I hadn't been out of arm's reach of her in ages. It now feels so weird to have the whole house to live in again. 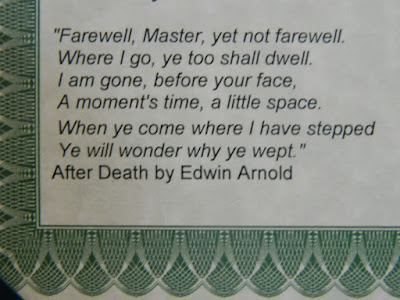 This little poem was in the corner of her cremation certificate.
She's now tucked safely away with Mom and Dad and our three dear departed doggies. 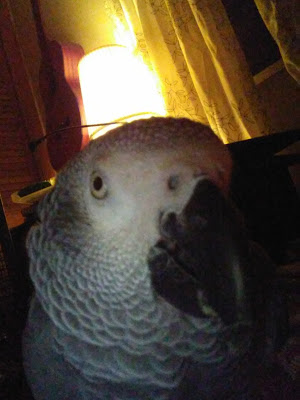 Night, night sweet Wo.
See you on the other side.