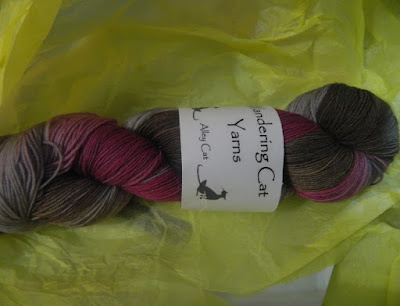 My birthday and Christmas were pretty much a bust this year in the gift department. We all agreed not to exchange and it makes sense but it still feels a bit lacking. To make up for the lack of presents I treated myself to this yarn from Wandering Cat Yarns. They were having an amazing end of year sale and still had plenty of good stuff to choose from when I went browsing. I decided upon this Alley Cat in this very pretty Heart of the Mountain colorway. It's getting cast on as soon as the latest socks are off the needles which should be very soon. Yippeeeeee.... 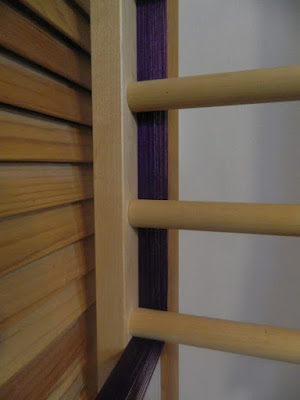 Also new is the warp that is now on the warping board from the overshot kit. It's purple. It's thin. Really thin. This is going to be an adventure in warping for sure. Fingers crossed. 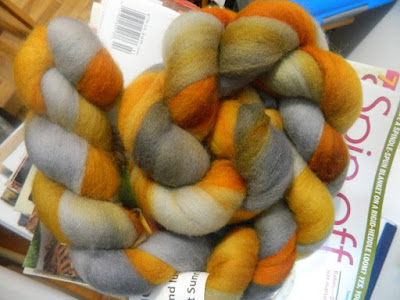 New on the wheel is this Finn fiber. I don't as a rule like Finn but this was so soft that against my better judgement I brought it home from the MDSW this past spring. 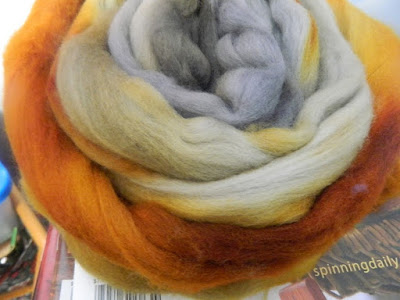 I was surprised when I unwound the braid. I didn't expect it to be half and half. I thought it was variegated. 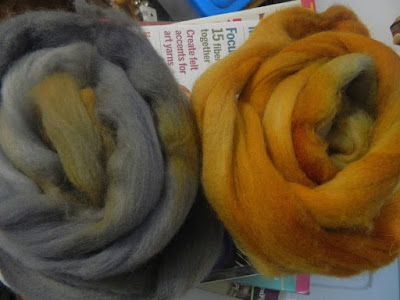 I split it half and decided to spin each color separately. 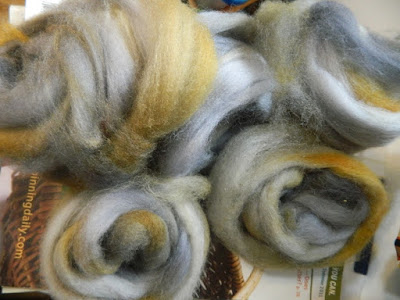 It's going to be a two ply and then I am going to use it for some fancy colorwork on something or other. Some day.
Posted by Araignee at 12:00 AM