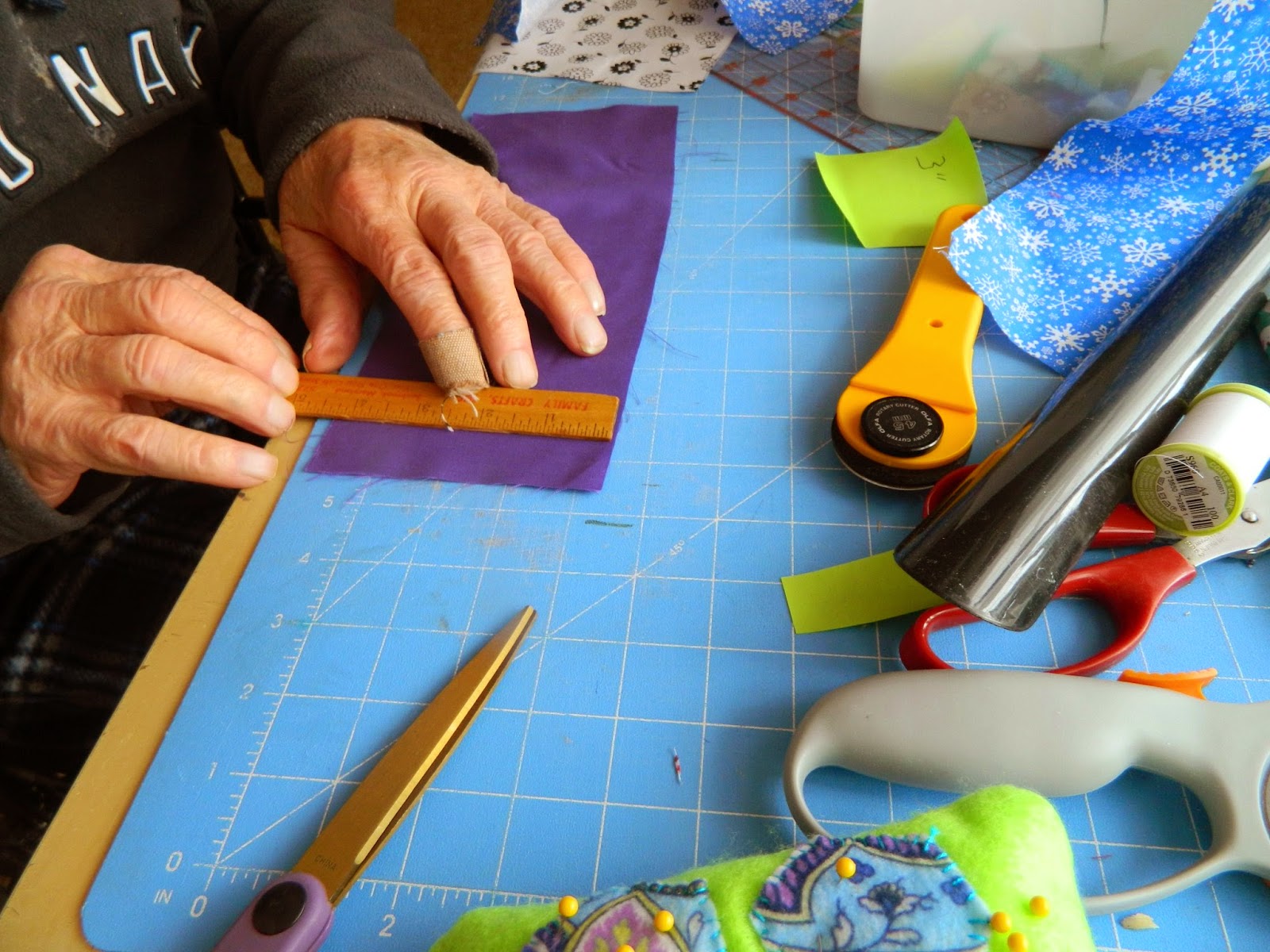 On good days and under my close supervision, Daddio was still able to cut fabric squares. Today he's being transferred to a nursing facility and they tell me his dementia is so advanced he won't be coming home-ever. 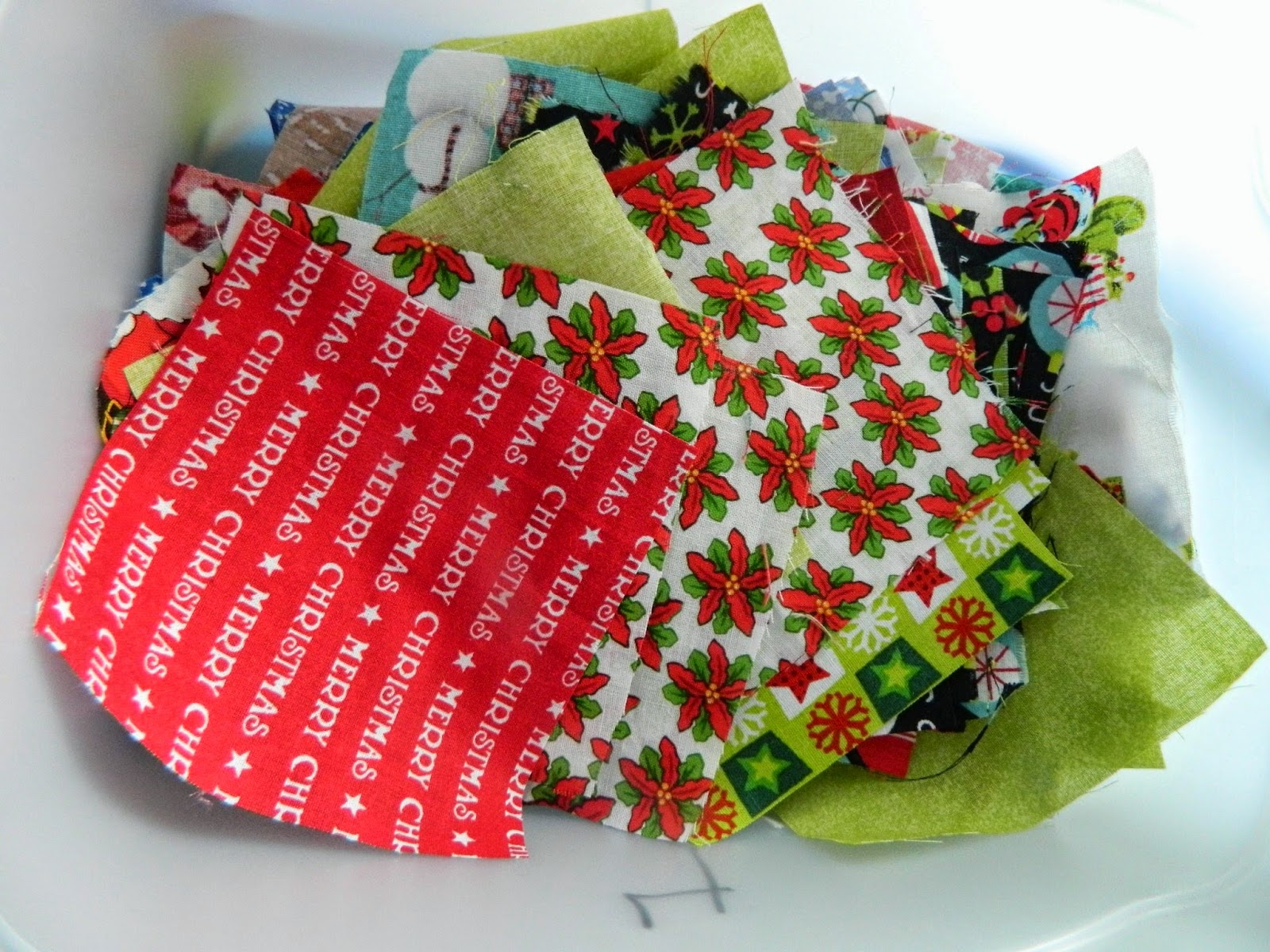 Three weeks ago, he went to see American Sniper and today he's in a diaper talking to the walls. They say it's dementia but I don't believe it. It all came on too suddenly right after they gave him some Ativan to calm him down for a MRI. I've seen him do this with medication before but the hospital's not buying it. They want him out since they can't find a medical reason for him to be there other than he is bat shit (sorry) crazy. He was working on his vast collection of Christmas material just this past Monday so when I finish up his log cabin strips we would have a border. The man was using a rotary cutter and a ruler. Just 24 hours later he was so delirious he was ripping off his clothes and having to be restrained in a chair. 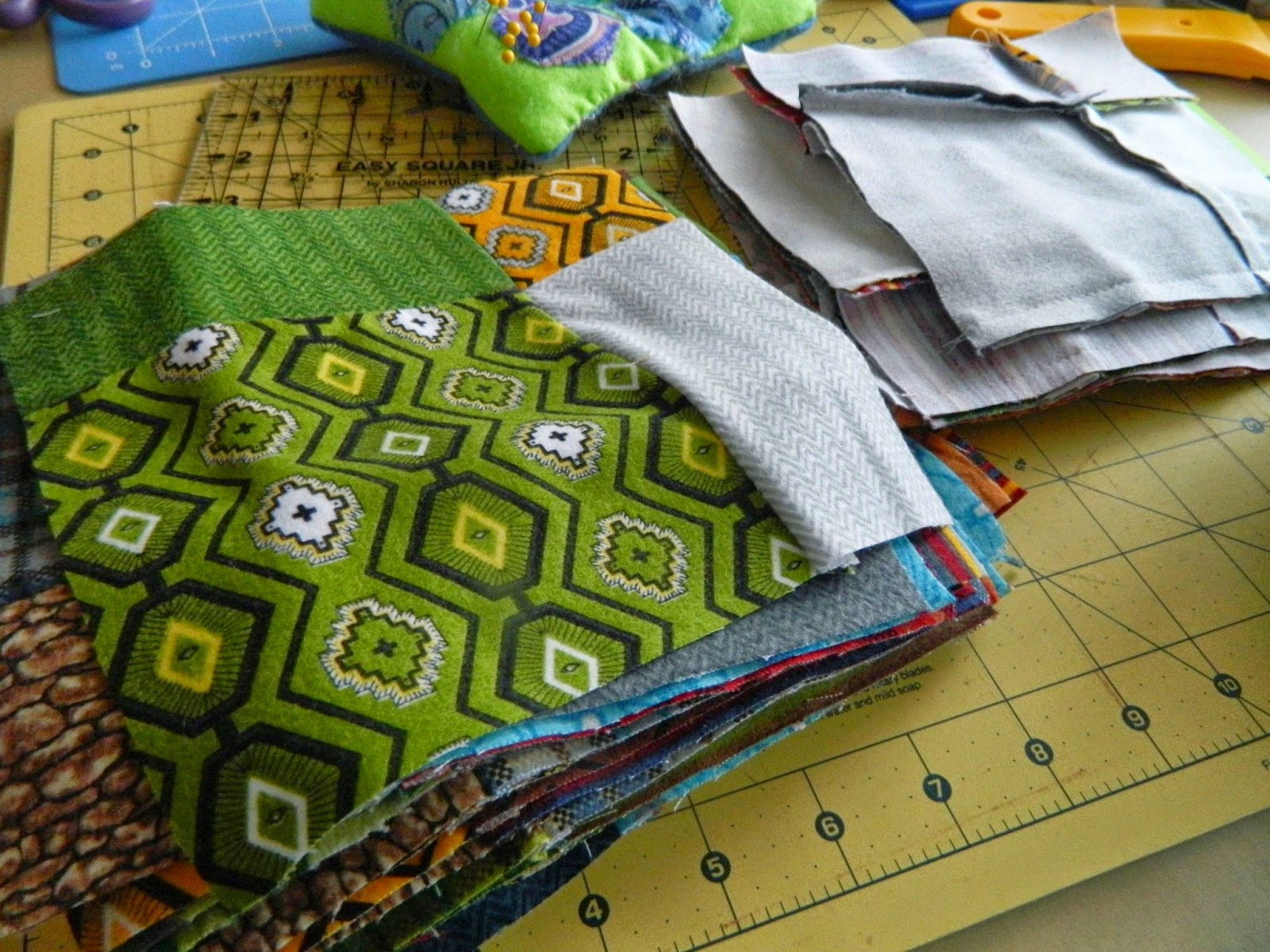 While he was working on cutting the squares, I was putting together yet another very random Disappearing Nine Patch for his second oldest great grandson. Now I am faced with giving the state the house and all his other assets so I can pay the enormous medical bills he is going to rack up ending his life in a nursing home. Daddio is only 85. He could be there for years. 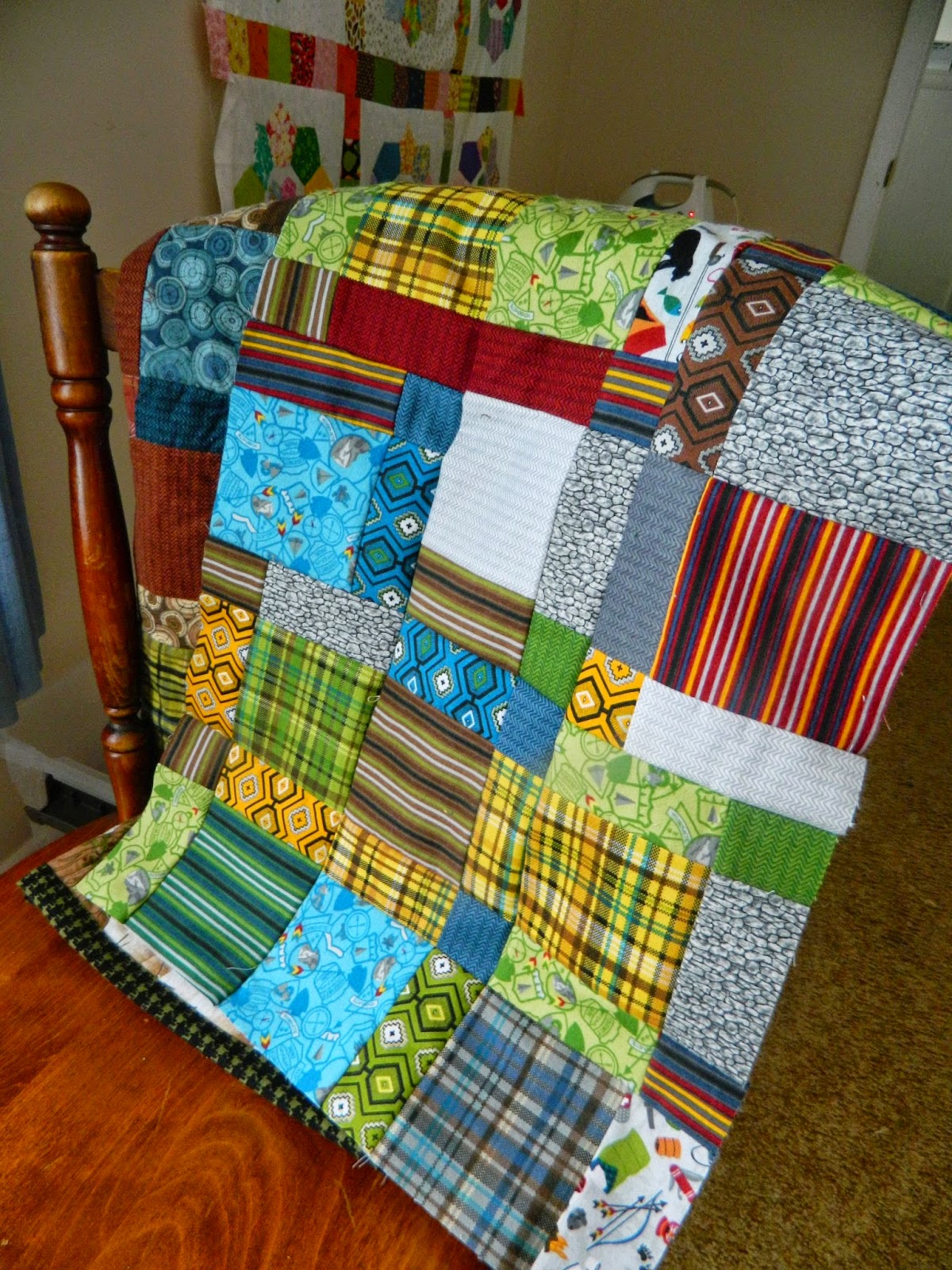 He's going to be major pissed off if he wakes up in a few weeks and finds out his house and all his money are gone because the hospital gave him some bad drugs. I know I will be. The material is the Yosemite Park collection in flannel from Connecting Threads, btw. He really liked working with flannel. 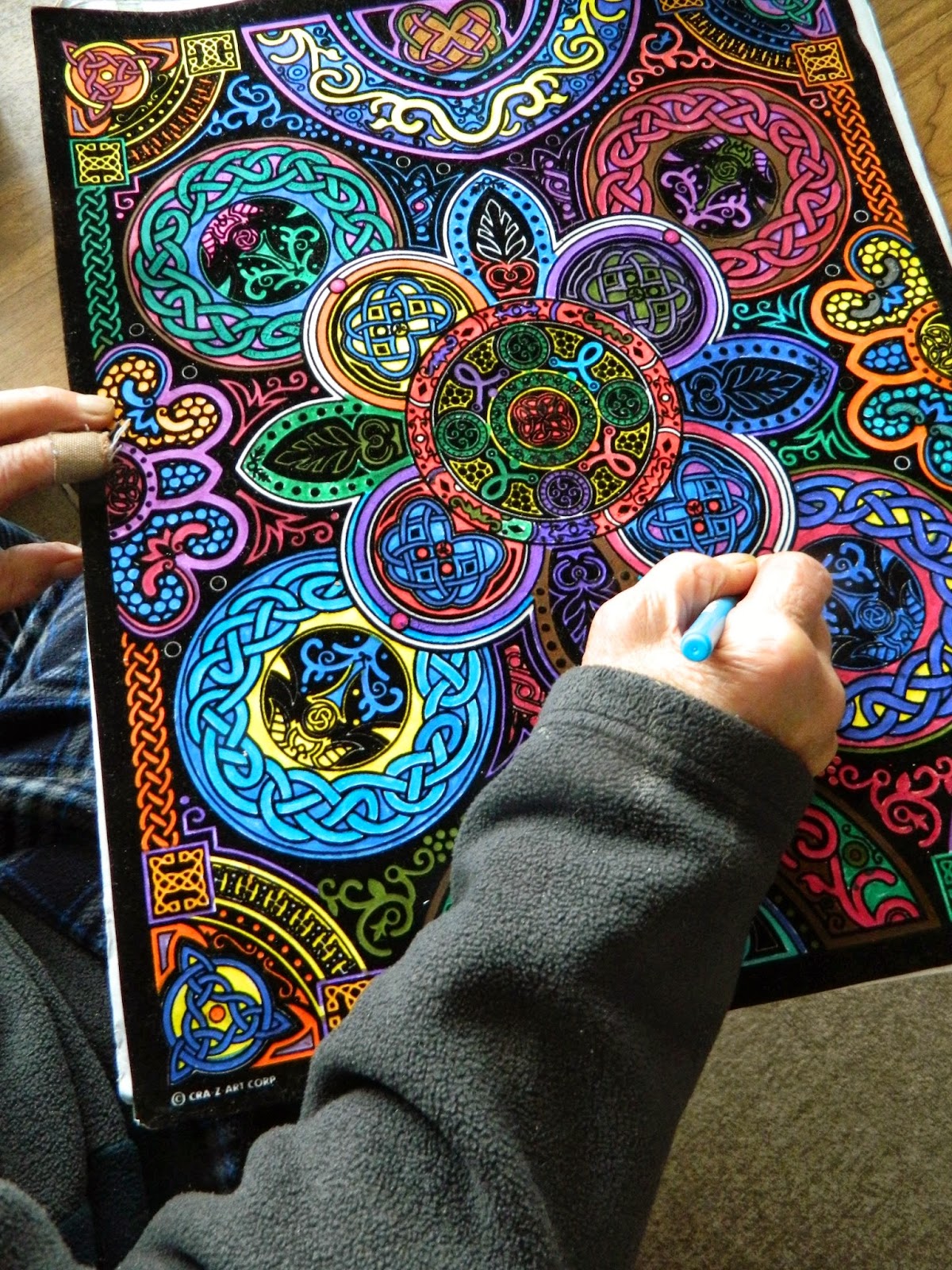 I will admit there has been a decline lately. Quilting was no longer his main creative outlet. He was more into those fuzzy velvet coloring posters these past few weeks and had even talked about wanting to go back in a nursing home. I practiced my Zendoodling while we shared a cup of tea and a little conversation every afternoon. Everything was becoming harder for him. I could see the changes and it was making me sad. Right now I have no idea if I should keep fighting the fight or let him go. Damn. Being the parent of a parent is hard.