The Agony of Defeat 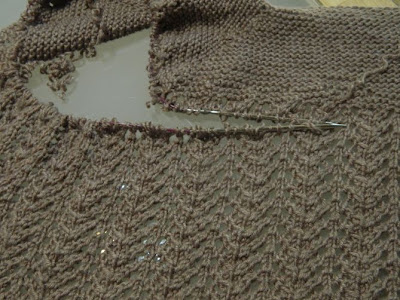 It seems like just yesterday that I was showing off part of my successful redo of my February Ladies Sweater. Today I regret to be reporting her tragic and untimely demise. 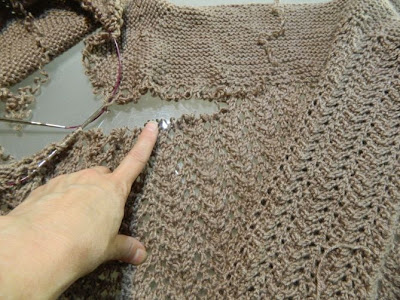 Early yesterday morning, while the house was quiet, I began the painstaking task of pulling out the second sleeve. Something went terribly wrong. Somehow I ended up going across into the back. Lace came apart from lace. Not good. I can't graft lace to lace. I have tried it before. I tried it this time and it was as bad as I expected. Maybe worse. Even though I didn't love this sweater, I was heartbroken when I realized she wasn't going to survive the horrific five inch gash. 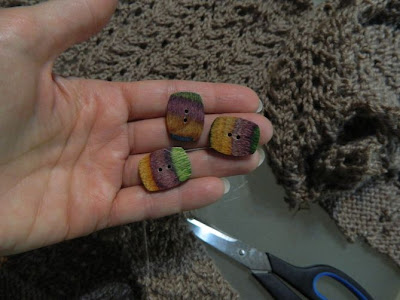 I salvaged her buttons and then did what every knitter wants to do from time to time. 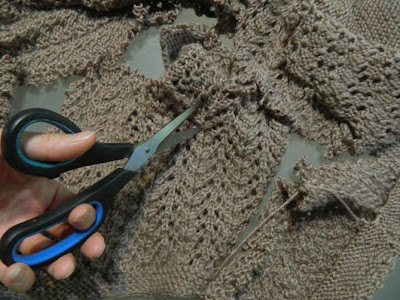 I hacked her to pieces and chucked her in the trash, boo hooing the whole time. I was not going to even try and save that awful droopy bamboo. It all had to go. I wish I could say that my temper tantrum made me feel better about it but it didn't. It still stings. 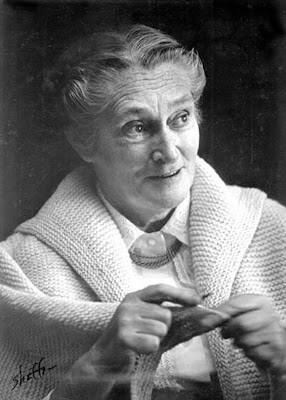 Since the tragedy, I have been fighting the urge to cast on another one in some brown wool that I have in the stash but I know I would only be doing it out of guilt as I really didn't love this pattern on me at all. I am also pretty sure knitting icon Elizabeth Zimmerman wouldn't have been caught dead in this rather silly knock off of her February Baby Sweater-and the thought of that is the only thing making me feel a tiny bit better.
Posted by Araignee at 12:00 AM