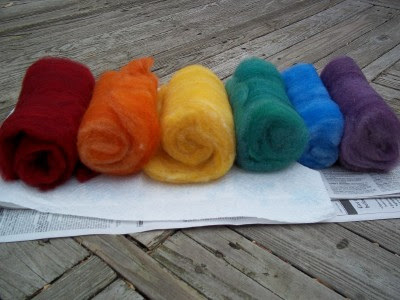 In June 2010, I carded these batts from some Clun Forest fiber that I had bought from someone on Ebay. I had no idea what I was getting. I just liked the name. 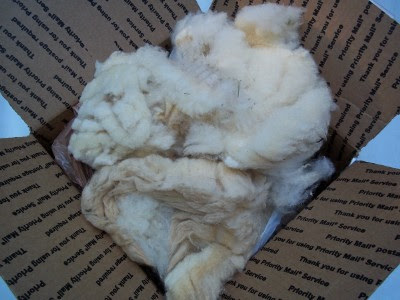 It didn't start out as a very promising project. 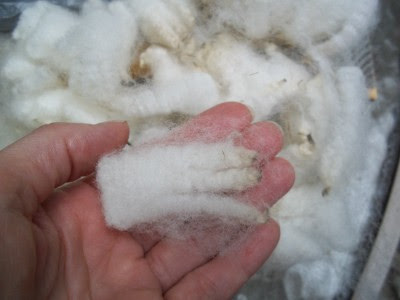 It had the shortest staple length I had ever seen. I doubted I could spin it. 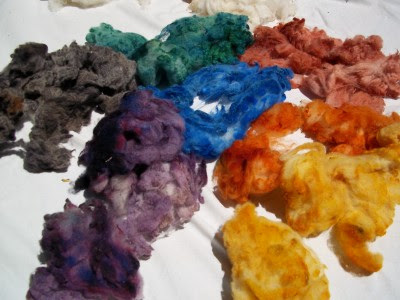 It washed up nicely, took dye well and carded without a problem but I was still not convinced it was worth spinning so I stashed it and forgot about it. 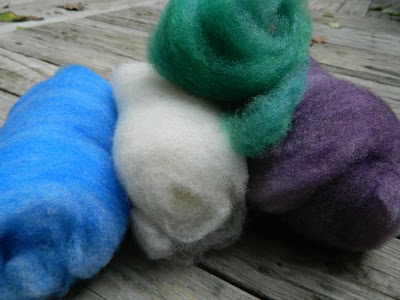 Since it's been staring at me from my Ravelry project page for over 2 years, out of shame, I decided to finally see what I could do with it. 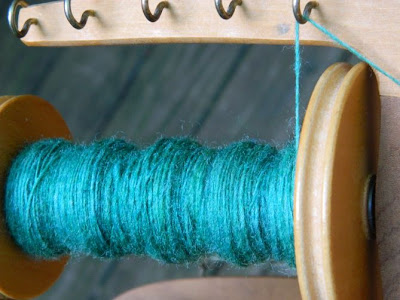 It turns out that it spins beautifully. It drafts just fine and is light and bouncy. While not particularly soft, it feels like it would make good outerwear. I am not going to get too far ahead in the project planning, however, because right now, I just want to enjoy the spinning.
Posted by Araignee at 12:00 AM