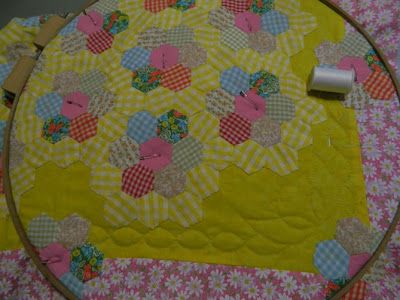 Lately Daddio has been constantly whining asking about the status of his Labor of Love quilt. This was his first quilt ever-the one he made from the scraps he found in my mom's ancient sewing basket after her death from leukemia in 2002. Although he has promised it to the first great granddaughter (there is none as of yet), he wants to display it in his sewing room in a finished (quilted) state while he is waiting for the stork to bring him that bouncing baby girl. 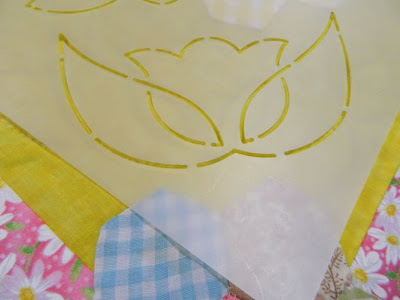 I tried to convince him to send it out for professional quilting but he didn't want to do that. I was not willing to take the risk of machine quilting it myself so there was only one choice. 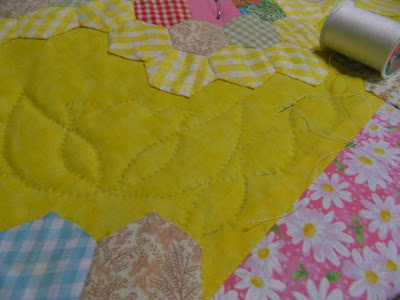 I didn't think I was going to like doing this but as it turns out, it has been a pleasure. 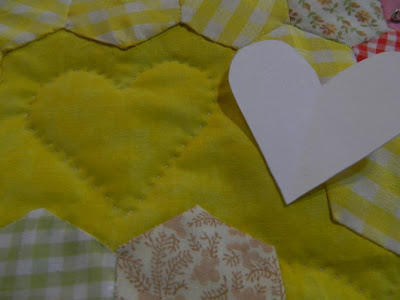 Unbelievably, this November will mark the 10th year since Mom's unexpected departure and it still seems like yesterday that she was here driving me crazy trying to run my life. What I wouldn't give to hand that job over to her once again. You were right Mom. I don't have a clue.
Miss you.
Posted by Araignee at 12:00 AM