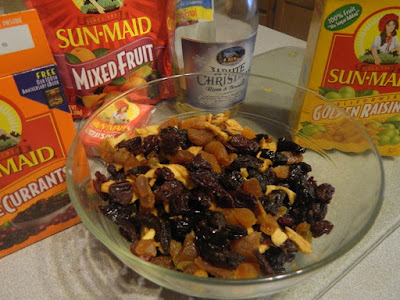 It's not exactly fruitcake weather. It's warmed up considerably here in the past few days. It's still time to make fruitcake though. They need to sit for a few weeks. 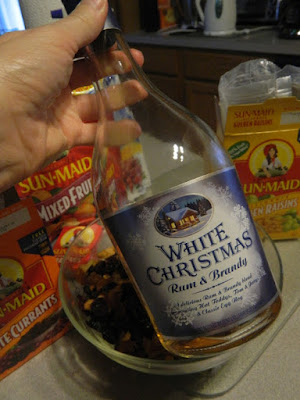 The Mister and I always have drama over my fruitcake booze but not this year. He thinks it's fair game. It's not.  Last year I hid the bottle I needed. There's not much left but it was enough. 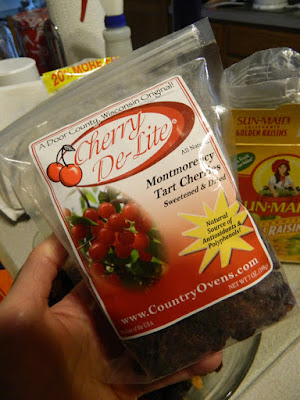 I put these cherries that came all the way from Wisconsin to good use. I've been saving them for my Free Range Fruitcake recipe courtesy of Alton Brown. I made it last year in addition to my regular and it was so good I'm skipping the candied fruit version and sticking with this one. 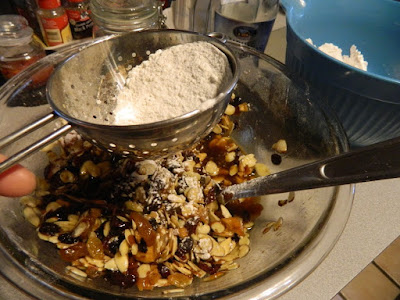 It's a weird way of putting the many ingredients together but it works. 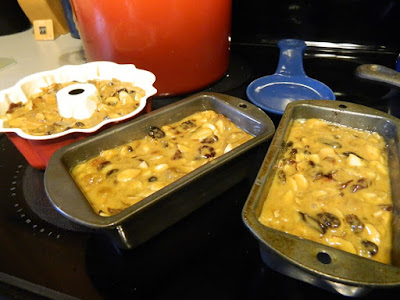 I couldn't remember how much it rises so I took my chance and filled the pans pretty high. 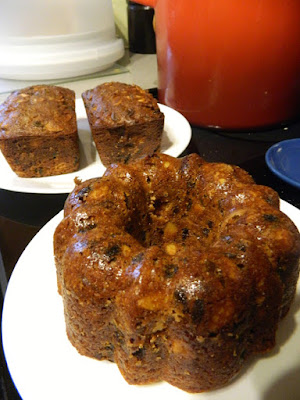 It was just the right amount. They turned out beautifully. 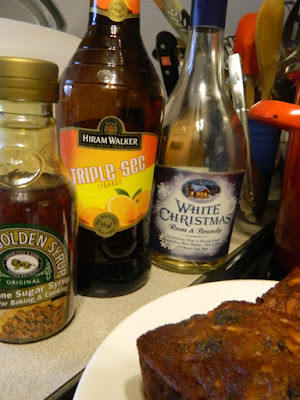 This year's glaze was golden syrup, triple sec and more of the rum/brandy mix. 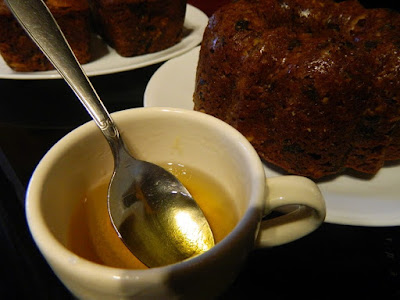 I change the glaze up every year depending on what I have on hand and I really boozed it up this time with the tripe sec because there is no orange juice in this recipe and I missed the zing of a bit of citrus because I also didn't have the zest on hand that it called for. Now the big wait begins. I'll sample it on my birthday, the 16th to see if I hit the mark. If not I'll be making more. I've had to do that before. Fruitcake is very important to me. I eat it for tea all winter long. 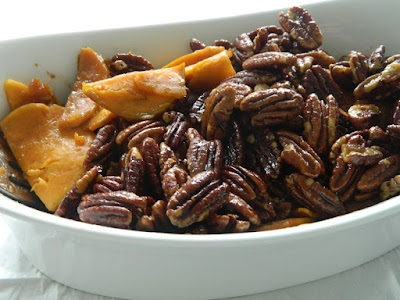 I've gotten some questions about that sweet potato dish Son served up. 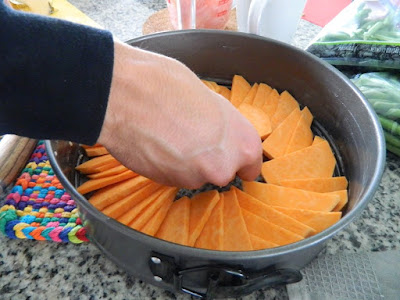 It really was more of a process than a recipe. He was making it up as he went along. Here goes:
First he peeled and sliced the potatoes into thin slices and arranged them in a pretty pattern. Then he poured melted butter over them, kosher salt and a few handfuls of dark brown sugar. He baked them covered until they were soft. Then uncovered them, added another handful of brown sugar and let them crisp up on top. He had toasted some pecans in maple syrup and then threw them on top right before serving. They were delish as proved by the fact we had none left to bring home. 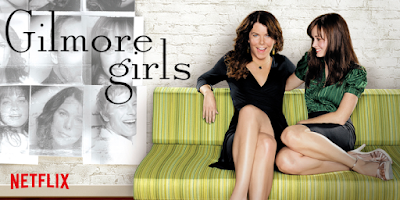 Now I'm off to watch the first episode of the new Gilmore Girls on Netflix. In light of our current situation, making a visit to Stars Hollow is a most welcome idea.
Posted by Araignee at 12:00 AM