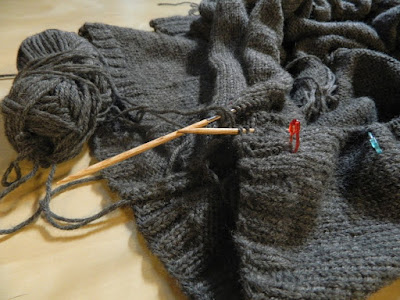 Not only am I working on the loooong front bands of my orange cardi, I am also in the long haul on Son's gray one. 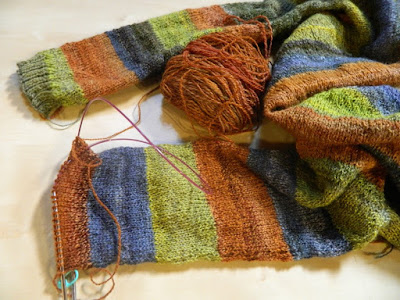 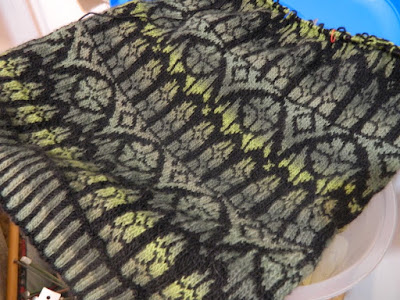 Speaking of long term projects, Tracery is also back in business after the long, hot summer. I love this project so much I don't mind it taking forever. I think it is longer than it needs to be because I just wasn't ready to start doing the hard stuff to turn it into a vest. 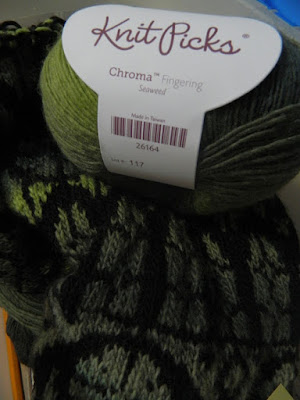 Someone was questioning the merits of Chroma last week. This is what its good for. It makes spectacular faux Fair Isle. Tracery is really easy peasy pie since you only worry about two yarns. 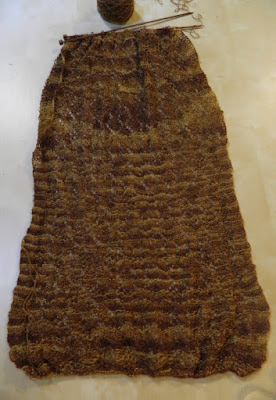 Another long haul has a major issue. It is slowly beginning to dawn on me that I am going to run out of yarn. 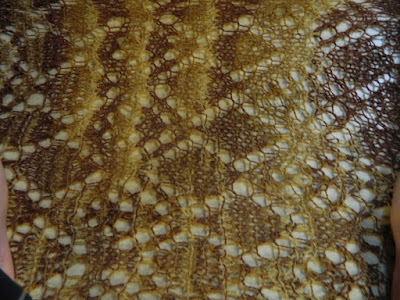 This is Knit Picks Shadow in the long discontinued Deep Woods colorway. 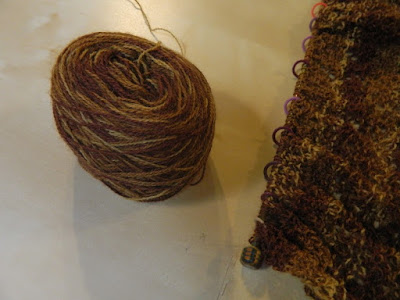 This is all I have left. The pattern calls for eight pattern repeats and I will have only five and maybe a half-if I am lucky. I know it will grow during blocking but I doubt it will grow enough to be a useful rectangular shawl. I've got no choice but to carry on so there's no point in whining about it. It will be what it will be. I'll figure it out.
Posted by Araignee at 12:00 AM