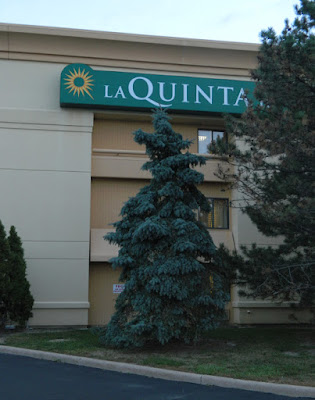 Traveling with dogs is not a usual thing for us. We did most of our traveling when we lived in a place where we had neighbors we could depend on to help us out or when our kids were still at home and old enough to be responsible for them while The Mister and I gallivanted around the country. Now we've got no one so the dogs have to tag along or we can't go.  La Quinta allows dogs so we spent the night outside Toledo with lots of other dog parents on the first floor by the back door. 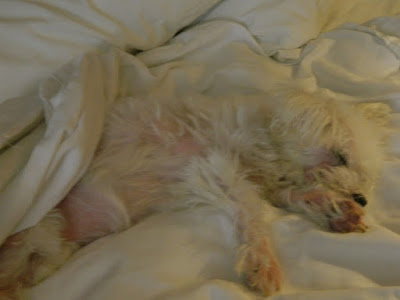 Old Doggie crashed and stayed out all night. 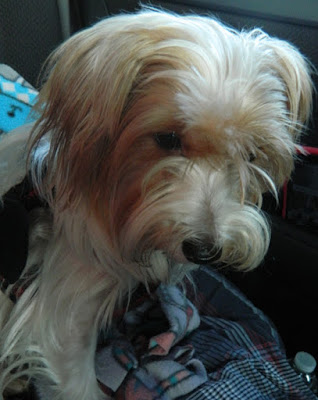 Pup didn't sleep a wink. She barked at every noise and spent all night throwing up since she was too stressed to eat a bite of food all day. I had no sleep at all. 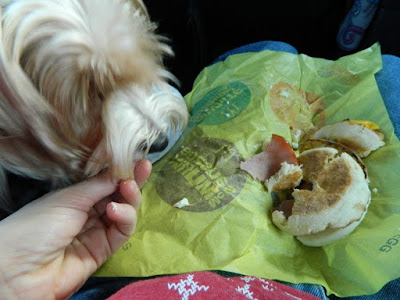 The next morning she chowed down on an Egg McMuffin. I had to get something in her before the ride home, poor thing. 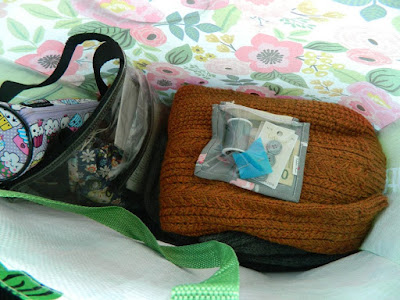 I had carefully packed my newly blocked sweaters and had hoped to get the buttons on them on the ride up so I could wear the orange one and give Son his gray one. That didn't happen. Wrangling dogs took up all my time. That's my new notion bag that arrived while I was packing to go. I had carefully stuffed it with all the thread, needles and buttons I would need. I had big plans for it. Oh, well.. 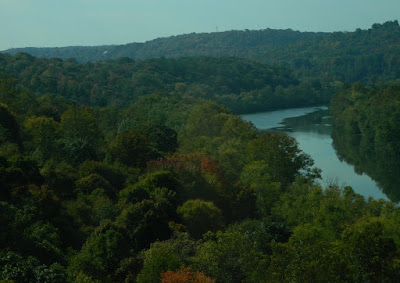 The ride home was less hectic so we took in some sights. It's a long ride but an easy one. There was no traffic until we got back to the DC Beltway-just in time to run into the end of the Redskin game exodus from Fedex stadium. 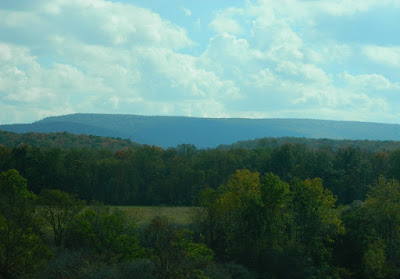 I was hoping to see some fall color but from Michigan to Maryland, everything was pretty much still green. 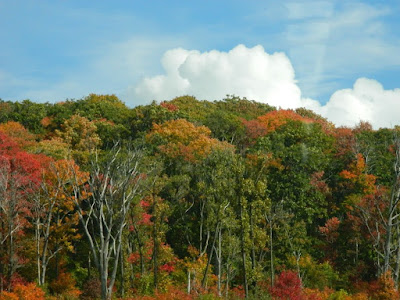 There was one place high in the mountains of Pennsylvania that put on quite a show of color. Then quickly it was all back to green all the way home. This really has been an odd fall. It was almost 80 on Sunday. It is supposed to be 80 today. It would have been too hot for those sweaters even if I had gotten them finished.