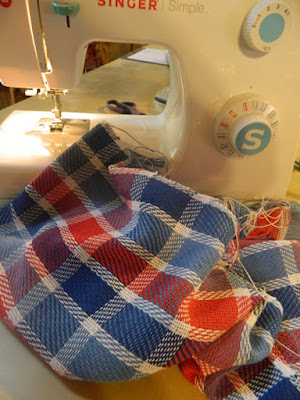 The 4th of July towel is finally finished. 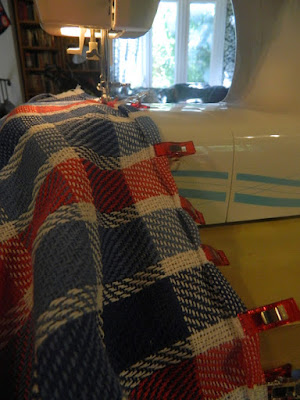 I'm not quite done warping the next one so Mr. Loom is going to be empty for a while. 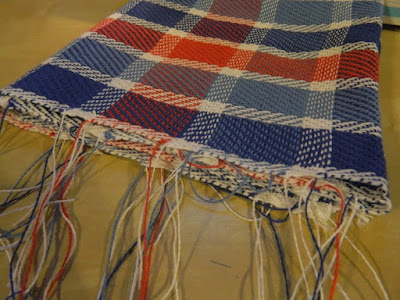 There's lots of ends in this towel but they're no problem. Unlike knitting where you have to deal with them after the fact, woven ends just get snipped off after wet blocking. Thank goodness. 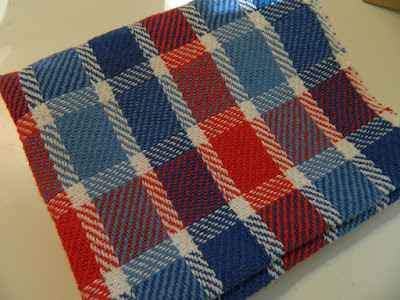 Here's the official mug shot after blocking with its ends trimmed. Off it goes into the handmade towel drawer which is getting mighty full. That's not going to stop me from making more. I still have a Halloween towel that needs to be made-if I can ever get around to it.
Posted by Araignee at 12:00 AM