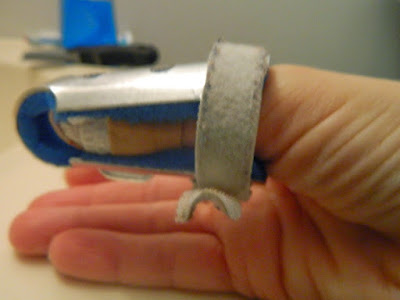 First it was slamming my thumb in the car door. That was a six month ordeal I would rather forget. 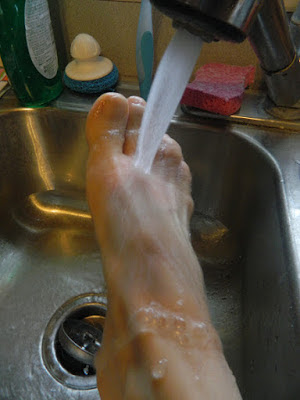 Then I drop a pot of boiling water on my foot a week before a big skating competition. 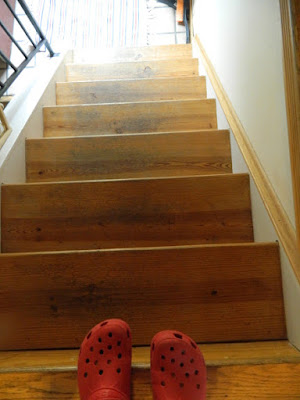 I haven't said anything because I felt like such a big idiot but on Monday I fell down the stairs. I had been out shoveling the back deck in my Crocs. When I came back in, I tried to get down the front steps and out the front door without much success. I went slip sliding down on the icy bottoms of my Crocs and did a belly flop on the landing. 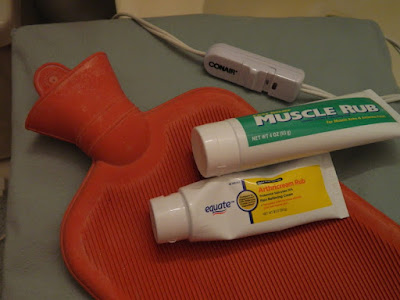 I almost went through the glass door head first. The Mister was on the other side of it and I got an earful for scaring him to death. At first I thought I was okay but the next day and for the rest of the week I could hardly move. Every inch of me felt like I had taken a good beating. 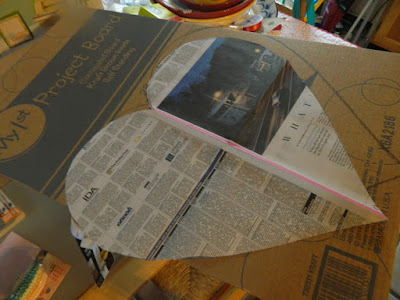 I still feel pretty awful but I've got too much to do to feel sorry for myself any longer. The third place finish for one of our teams last week put a bee in Daughter's bonnet to make some changes which always makes lots of work for me. The next competition is in two weeks. Yippee.....and pass the Tylenol.
So...am I the only klutz out there? When was the last time you did yourself some major bodily harm?