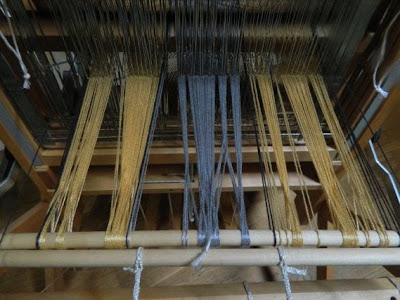 The back of the loom was telling me I was done with this project. I was out of yarn. 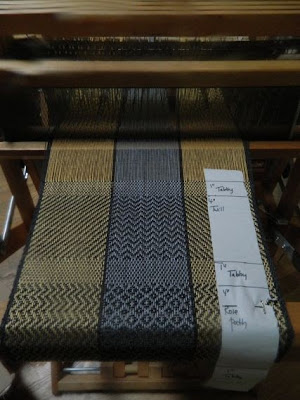 The problem was that I didn't want to be done. I wanted it to last at least until I could save up enough money to buy more yarn for something else but I couldn't deny it anymore. I was really done. 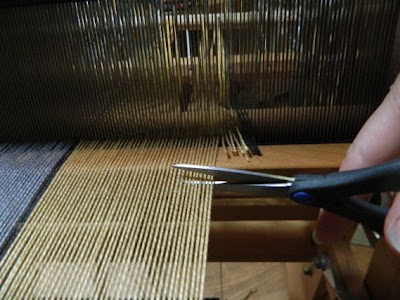 As much as I hated doing it, I had to cut it off the loom. I felt like I was giving my baby its first haircut. I was a nervous wreck. 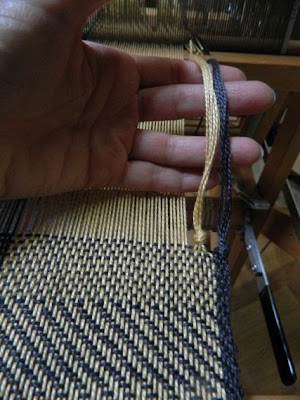 The directions had you cut a few strands and then knot the fringe. I liked doing it this way. I had been cutting everything off and then knotting the fringe in my lap. This works much better to keep that edge tight and straight. 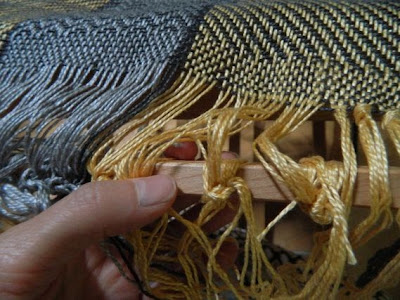 It wasn't as easy on the other end. I had to untie all the knots first which was a pain. On my next one, I am going to hemstitch instead. 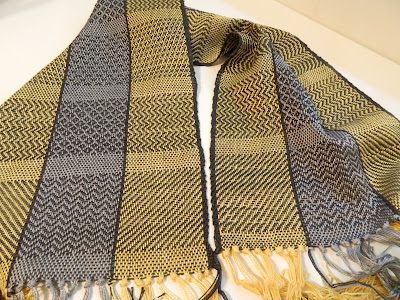 Here is the finished table runner before it had a bath. I know, that twill on the right side is pretty bad. 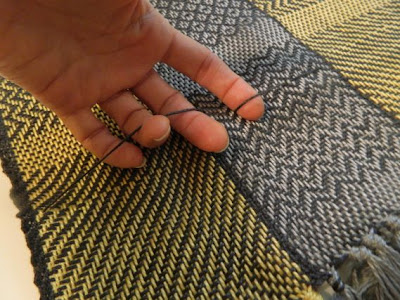 Here is one of the reasons. I missed a weft thread completely. I am going to have to figure out how to fix this and then see what I can do about straightening out that crooked twill. Even though this is a pretty big boo boo, I am happy that (so far) it is the only one I have found and that I made that boo boo at the very beginning when I was just getting a feel for using the itty bitty perle cotton. I've still got an awful lot to learn about this weaving thing-but I have to say I really, really love it.