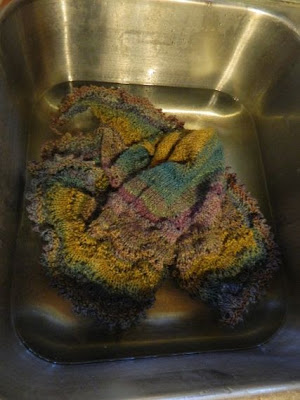 The Holden is a done deal. It took three days to get the picot cast off done but I'm not complaining. It was worth the effort. 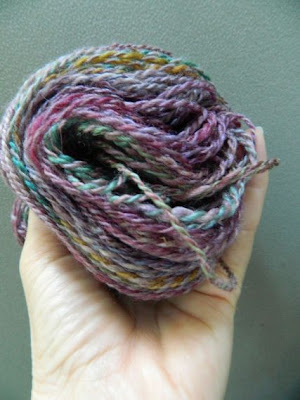 I also broke with tradition and actually ended up with leftover handspun. I was tempted to add another pattern repeat but I didn't. 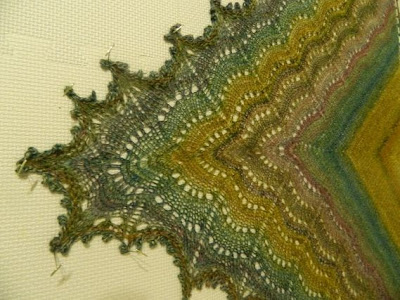 She is blocking and she is lovely. The colors, while not my favorite combination, are not as murky as I thought they might be. 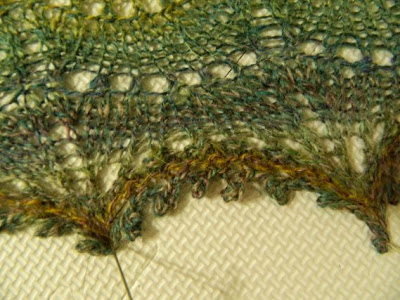 I saw that someone on Ravelry pinned out each and every one of those picot points but I didn't. All that bumpiness looked just fine without the extra effort. If the cat's don't make a trampoline out of her, I'll have some official mug shots tomorrow.