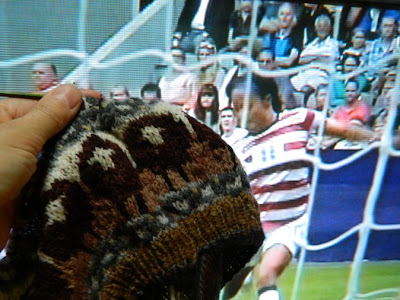 The USA is having a fine time at the Olympics but back at home, once again I am the winner of the gold in the all around loser category in the Ravellenics. 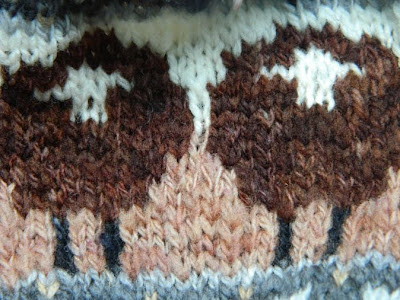 I have ripped back my Sheep Heid so many times the sheep are starting to look terrified and my fragile Cormo handspun is starting to shred. Even worse, I have attracted the attention of a team in Australia that is doing the exact same thing and you should see how theirs are turning out. I feel like the guy who missed the kick for Great Britain today in the quarter final shoot out. Poor guy. Poor me. 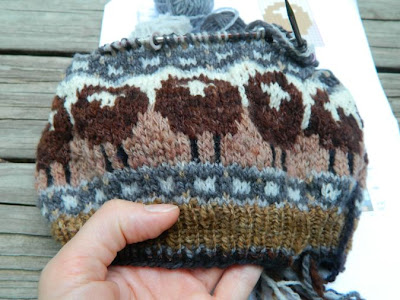 The problem is that I have this thing that I can only knit on my Ravellenic project while I am watching the live events in the morning. This strategy worked well for the Tour de Fleece but spinning while watching sporting events and knitting colorwork while trying to watch sports on TV are two different things. I keep mixing up the colors and miscounting the pattern. It also doesn't help that I have zero interest in making a hat in this heat AND I have a miserable case of the sniffles. Incredibly, it's my first cold since having swine flu in 2009 and I am not handling it well. 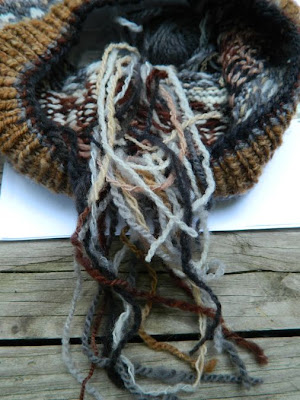 Looking on the bright side, if I do give up and throw the pitiful thing in the trash, I won't have to deal with that mess on the inside. That's going to be a lot of yarn barf to deal with and I'm only halfway through.
Posted by Araignee at 12:00 AM