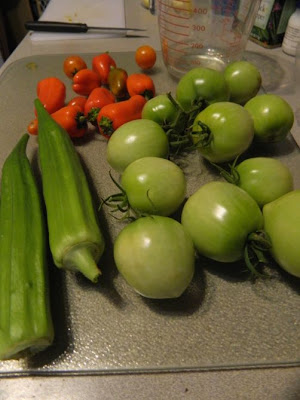 Mother Nature handed me some really weird stuff to work with this year. My pickling cucumbers and pretty much everything else edible shriveled up on the vine so when I got the pickling bug I had to use my imagination. 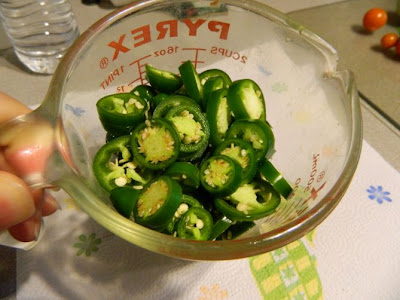 First up was the jalapenos. What do you do with a bumper crop of hot peppers? 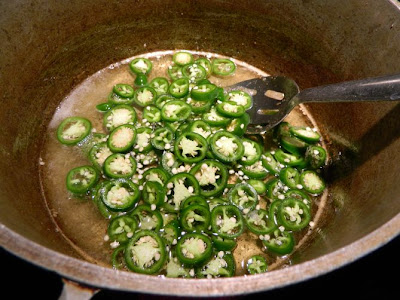 You make Cowboy Candy. I had read nothing but raves for this spicy jelly so I decided to give it a try. 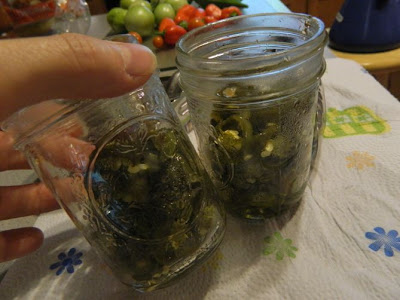 You cook down sugar, vinegar, celery seed, garlic and turmeric and then add the peppers for a short 4 minutes of cooking time. You spoon them into a jar and then crazy cook the syrup for 6 more minutes before topping off the peppers with it. I only ended up with enough peppers for one jar so I went looking for something else to fill up the other jar. 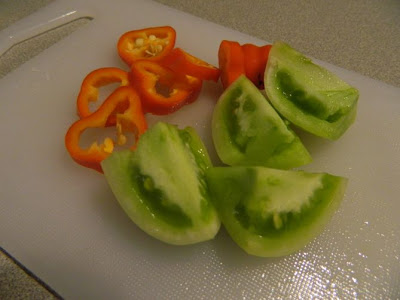 It was the green tomatoes. The red ones weren't worth doodly squat this year but I have a ton of little green ones that were too small for frying. 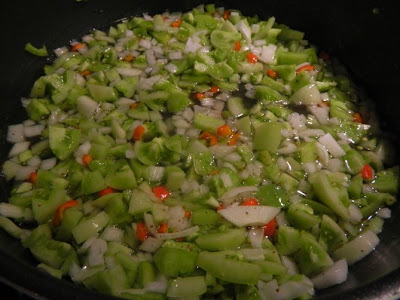 They turned into green tomato relish based loosely on some recipes I found all over the internet. I only had some red peppers and some onions to add to the pickling mix but it all turned out quite pretty. 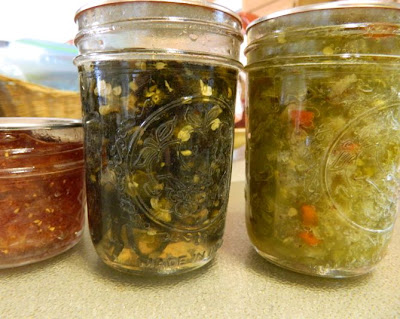 While I was at it I made another small jar of fig preserves with yesterday's pickings. Goodness gracious. I made a giant mess in the kitchen all morning and this is all I had to show for it. 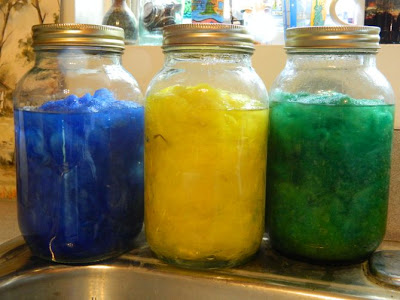 Except for 7 more jars of wool. While everything was in total disarray, I decided I might as well go ahead and wash and dye some more Romney X. In case you are wondering, I do NOT use the same canning materials for the wool as I do for the foodstuff. It only looks that way. Honestly.